Why Europe needs to defend its borders 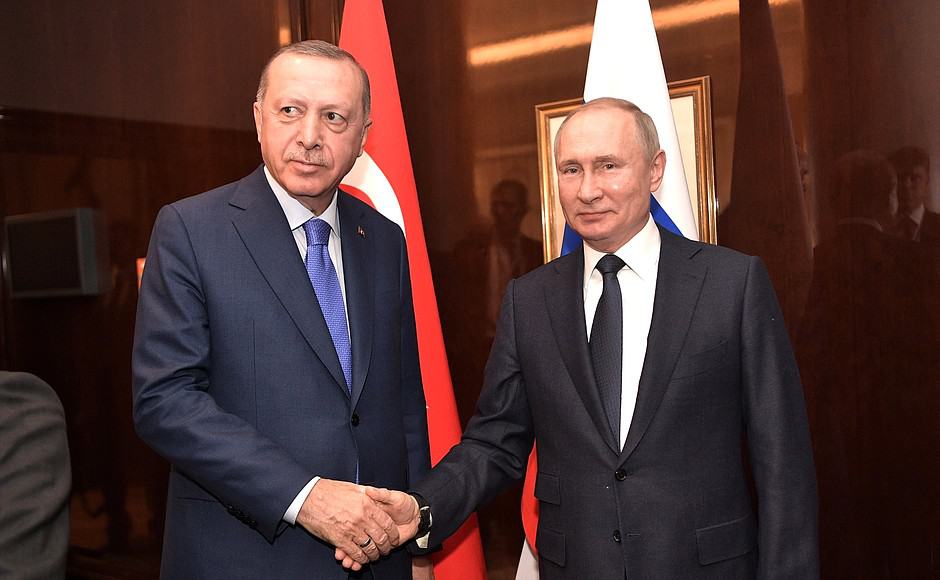 Europe’s borders are under attack.

On Sunday 1 March, young bearded men shouting “Allah Akbar! “, carrying a tree trunk as a ram, tried to break down the gate of a Greek border crossing. These Muslims, residing in Turkey but born in different Middle Eastern countries, often at war, had been transported by the Turkish authorities to the Greek border by bus for free.

On 27 February, the Turkish President had decided to encourage hundreds of thousands of migrants to force their way across the borders of the European Union (EU). For Recep Tayyip Erdogan, the aim was to punish the EU after 33 soldiers died in a bombing raid on Syrian territory in the province of Idlib (north-western Syria).

There are two reason to be surprised.

First, why is Erdogan so angry? When you send soldiers on an expedition to a country other than your own, don’t you take the risk that they will be killed there?

Second, why punish the Europeans when it was not them – but Syrian or Russian aircraft – that killed those unfortunate Turkish soldiers?

The only way to understand Erdogan’s gesture is that this Muslim Brother has always, in his foreign diplomacy as well as in his domestic policy, preferred to attack the weak rather than the strong. Erdogan has no difficulty in insulting Macron. He will think twice before insulting Putin or Trump.

Russia and America are not countries to be blackmailed. The European Union is different. Since the migrant crisis of 2015, the Turks have understood that they can blackmail Europe as they please. “You don’t want to do what I want, you don’t want to give me more money? Then I will send you a few hundred thousand more refugees.” That’s basically the language that our new neo-Ottoman sultan speaks to Brussels every day.

How has Turkey gone from being an ally of the Europeans to being a threat in the space of twenty years? When he took power in the early 2000s, Erdogan chose “zero problems with our neighbours” as his foreign policy line. He held on to that line for almost ten years, maintaining excellent relations with all the Arab-Muslim countries in his neighbourhood, and also with the Balkan countries.

The policy changed in the spring of 2010 when Turkey started a provocation against Israel, a nation that had maintained excellent relations with Ankara since its independence in 1948. It authorised the sending, from the port of Antalya, of a ‘humanitarian’ flotilla to Gaza, a territory controlled by the Muslim Brotherhood of Hamas and subject to a blockade by the Tsahal.

Israeli commandos intervened on the high seas on 31 May 2010 to block the convoy, killing nine pro-Hamas activists. Erdogan immediately declared it a crime against humanity giving him increased popularity in the Arab-Muslim world. It then goes to his head.

In 2011, the Arab springs burst forth: Erdogan tries to use it for his own benefit. He dreams of taking leadership everywhere.

Since 2012, Erdogan has intervened in the Syrian civil war against the Baathist regime of Bashar al-Assad, of whom he had been a personal friend. His secret service, the MIT, welcomed jihadists from all over the world and brought them to Syria. He armed them and looks after them on Turkish territory.

This makes him feel that his wings are spreading because, at the start, he also had the West at his side. Naively, The West arms and finances “rebels”, whom they believe to be “democrats”, whereas most of them are, in their hearts, Islamists.

But Erdogan’s Arab Islamist allies lose the war in Syria. They are now grouped together in the province of Idlib, under the rule of Fatah al-Cham, the Syrian branch of al-Qaeda. They are going to exfiltrate to Turkey because Bashar, supported by Putin, intends to reconquer the entire Syrian territory.

Why would the Europeans pay the price for Erdogan’s grave recklessness? Greece and Bulgaria urgently need financial and military assistance to defend Europe’s borders and to stop this mass immigration, which is dangerous for European cohesion.

Europeans cannot continue to accept the systematic abuse of their right to asylum. Afghanistan is a country where war and Islamist oppression will not stop for a long time to come. Does this mean that every Afghan has the right to seek refuge in the EU? If so, European societies should be democratically consulted on this point.