Why Die Grunen need to look to their radical roots 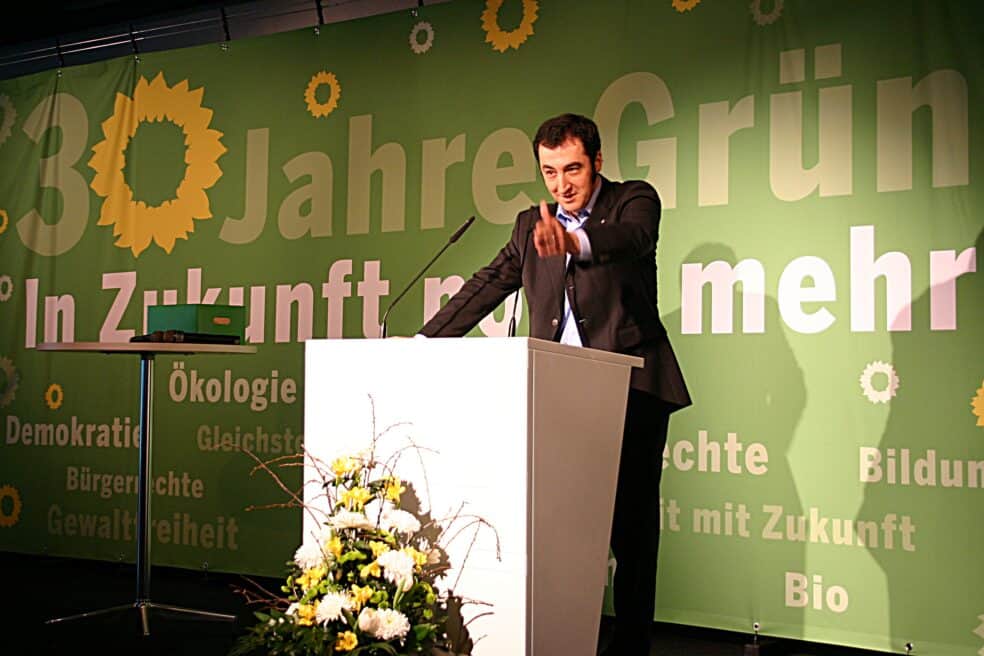 During the 1980s, the German political establishment was rocked by the formation of a new party – the Greens. In West Germany, the anti-nuclear, anti-war, environmental, and New Left movements culminated in the creation of a new party, that represented the New Left milieu of ‘80s protest culture. The members and supporters of this new party were ideologically diverse, drawing from all the different ideologies that were present at the time.

While they pushed for radical policies, their aims were much more to change the shape of the heavily bureaucratised, corporate nature of German politics – to infuse a fresh, democratic approach to aspects of life that had been left in the hands of officials.  Such structures had made West Germany a very successful country but were now alienating the younger generation, who were not represented by those “old men in grey suits at city hall”.

The Greens were a breath of fresh air.

The party attempted from the start to hold internally to the principles they wanted to shape society with. Internal democracy became the name of the game, as they created highly democratic structures. But those internal structures and a general lack of professionalism led to a few dangerous years for the Greens, as they found their grassroots, amateur style of internal governance led them to be indecisive. Their diverse nature led them to become bogged down in internal struggles and ideological battles.

Because of their diversity, there were many different wings to the Greens in the 1980s. These differences soon came to a head as the conservatives split, forming the Ecological Democratic Party (ÖDP) in 1982, based on the eco-conservatism that has long been a quiet undercurrent of German environmentalism.

Although it has never had the success of the party they left, the ÖDP serves as a reminder of the ability of the Greens to force out those who did not quite fit with the overall ideology and image.

In 1990, the Greens were thrown into despair, following the West German Greens’ flop in the first federal elections of the reunited Germany. Following this defeat, the Greens continued to work internally, creating a sense professionalisation and institutionalisation. Their program became more pragmatic, driving those on the Left of the party further to the fringes until many left to join more radical organisations, like the Party for Democratic Socialism (PDS), which eventually evolved into The Left (Die Linke).

As the radicals departed, the Greens were able to find more and more positions in local governments and were brought into the cabinet of the SPD’s Gerhard Schröder in the early 2000s. Maintaining their moderate stance, they continued to work at all levels of government and are now the second-best performing party at a national level. They have even been labelled by some as the new “People’s Party” (Volkspartei), replacing the SPD, who continue to flounder in the polls.

As the Green Wave surged across Europe in the 2019 European Parliament and local elections, the German Greens appear to be going from strength to strength. They are in governments of all levels and convincing ever more people of their ability to govern. Many who fill the burgeoning ranks of Green voters, members, and activists are young people, who like their emphasis on climate change and social justice.

However, since the Fridays For Future strikes and Extinction Rebellion demonstrations of 2018 and 2019, the climate movement has found not only a fresh, young voice but also a radical edge. In England and Wales, Labour and the Greens managed to absorb these votes, and while the Greens in Germany have also seen a growth in support, many environmentalists have decided to take a leaf out of their parents’ and grandparents’ books, by starting their own environmentalist party – the Climate Lists (Klimalisten).

Klimalisten are based at the local level of politics in German states, and are wholly decentralised, with no federal oversight. Their aims and policy preferences are more radical than that of the mainstream Green Party, calling for climate justice and a “consequential politics on climate issues”.

Having only been founded in 2020, the new Klimalisten are looking to make further gains in the 2021 federal and state elections, capitalising on the success of the youth climate movements of recent years. This new party could prove problematic for the Greens in these elections if they are able to hoover up voters who are demanding more radical action on climate change.

The German Green’s cousins in Austria have shown what happens when a rival steals your thunder and consequently your seats in parliament. In 2017, the Austrian Greens were swept out of parliament following the success of the green-populist party headed by Peter Pilz: a sobering reminder of how fast a party can be shut out of national politics.

If these Klimalisten can gain momentum and further split the environmentalist vote in two, then the sustainability of the Greens may be called into question. Other ecological parties exist, but they continue to be very minor, unable to shake the Greens but the Klimalisten have a movement behind them and a handful of successes.

No longer seen by some as the refreshing alternative, the Greens could fall prey to a two-pronged attack, in which their moderate ideals are absorbed into the manifestos of the other main parties (a recorded phenomenon across Western democracies) and their dulled radical edge leaves them open to attack from grassroots activists calling for greater climate action.

All of this has a certain taste of irony to it. In the 1970s and ‘80s, the Greens were the new alternative party, the parliamentary wing of two decades of campaigning. Throughout their history they winnowed out elements of the party that held them back, creating the formidable electoral machine of today. Now in 2020, they represent for some a captured environmentalism, that works in the interest of big business to stop truly radical change.

This new threat should cause the Greens to change direction again, to recapture the radicalism that once made them the party of the New Left. Their attempts at moderatism and pragmaticism have landed them both their amazing success but also left them open to attack.

A true radicalism needs to occur within their ranks and leadership – one that shakes the whole system. The Greens have become what they once fought, and they may find themselves soon outflanked by radicals.

Jacob Taylor is studying German and Politics at the University of Bath, with particular interest in Germany, climate policy, and languages. He is a member of the Labour party and writes for Politika.