Why Change UK is sleepwalking into a disaster 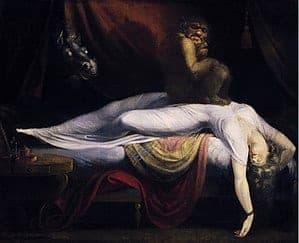 I, more than 99 percent of people in the UK at the very least, desperately wanted The Independent Group to succeed.

I have written for a very long time about how I thought the Lib Dems had blown it and how we needed a new centrist force in British politics. When Chuka and co left Labour to do their own thing, I was hopeful for the first time in a long while; when Soubry, Allen and Wollaston left the Tories to join as well, I thought perhaps we were on the verge of something really big.

To say that it’s been a disappointment since would be to understate matters massively. Funny tinge. The logo that looks like it was designed by middle schoolers. The bad name change that sort of got stuck in the middle.

Yet through all of this, my heart has stayed with the Tiggers. I figured, they have to succeed or we’re lost. I was going to vote for them in the EU elections, come what may. Now, after this week, I feel almost certain to vote Lib Dem in those same elections. Not because of anything the Lib Dems have done in particular, but just because the Change UK thing has become so bad it has finally broken me.

Last Thursday morning, Change held an event. It was sort of to release a paper that had some policies in it. Sort of, because it wasn’t really a Change paper so much as something from Chuka’s think tank (sorry, ideas factory), so kind of a Change thing, but sort of not at the same time.

Also, this was supposed to represent a new kind of politics because the policies were polled to see if people liked them. What is supposed to be new about this still escapes me.

Let’s start with the policies. I’m going to cut to the chase here and be absolutely blunt: they are completely, irredeemably awful. Compulsory national service for kids, a hypothecated tax for the NHS, workers on boards, pay caps for executive pay – it’s like they picked the worst ideas from both the right and the left over the last decade, the stuff think tanks had embarrassingly put in their waste bins, pretending they had never seriously contemplated them, and put them all together into a grey, tasteless jelly.

It was practically a parody of what people who hate centrism try and paint it as. There was nothing joining these policies into a coherent vision for the country, no sense of hope for a better country, no thrust and no passion.

If the policies weren’t bad enough, the whole way it was presented annoyed me to the point of wanting to give everything up and go and live in a cave for a while.

That it wasn’t really a Change UK paper, in that cowardly sort of way you get at the bottom of the Westminster barrel, as if to give them wriggle room when some smart arse like me comes along and says it’s all crap.

How about this guys? You’re a political party now, so figure out some policies and then present them in a clear-minded way meant to win over the country. You want a new politics? How about you lead for a change? How about you tell the country what your vision is for improving the country, with passion and energy, and see if people get behind it?

Honestly, reading the Chuka think tank paper, I swear my first thought was: come back, Lib Dems, all is forgiven.

I should say here now, not all is really forgiven – the Lib Dems have still been really terrible for you know, the last four years. Still, they’ve never been as bad as what we’ve seen from Change UK recently. And I still really want them to succeed – I’m still desperate for them to succeed. Because if they fail, that’s it, what’s left? A hope that Boris isn’t all that bad, or that the PLP/the SNP in supply and confidence won’t let Corbyn do the wackiest rubbish he has planned? Is that all the politics of Great Britain are going to boil down to?

If Change UK don’t start exponentially improving, and fast, then yes. Until then, I’m going to vote Lib Dem as the least bad option.