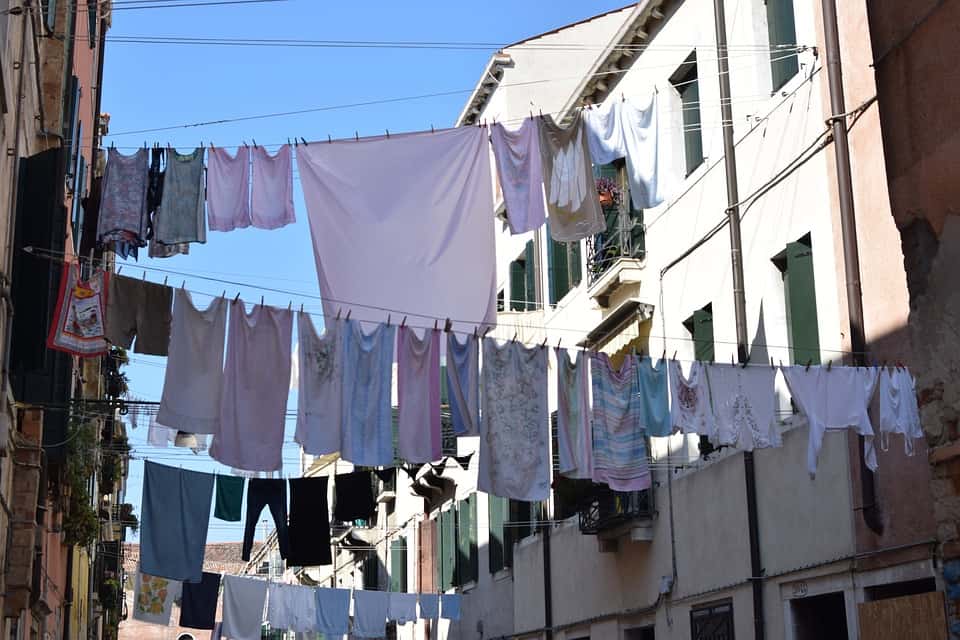 Wages for Housework! Some of us are old enough to remember when this slogan emerged during the 1970s upsurge in feminism in the UK.

At the time many, even most feminists, thought it was probably a bit extreme and impractical – although it made a point about unpaid domestic labour that gets ignored in modern economics (and politics).

It turns out the ‘wages for housework’ campaigners had rather a good point.

In 2018, the ONS released data trying to estimate the size of activity that goes uncounted in GDP because it is not in the direct form of monetary transactions. In the snazzily named ‘Household Satellite Accounts’ they tried to measure “the value of adult and childcare, household housing services, nutrition, clothing and laundry, transport and volunteering.” The results are really quite staggering.

For 2016, they estimate the size of these unpaid household services at £1.24 trillion or 63 per cent of the size of official GDP.

Or, to put that another way, the UK economy produced value to the tune of more than half as much again as official figures showed – mainly in the home. And mainly by women.

The implications for economics, politics and public policy of these figures cannot be under-estimated.

When David Cameron, for example, was trying to promote his ‘Big Society’ idea in the 2010 Conservative General Election campaign, and subsequently as part of the coalition government, no-one had any idea how much it already existed.

Economics largely ignores this non-monetised value creation – and how it relates to the monetised ‘official’ economy. The latter has largely been debated in terms of the relationship between the private and public sectors, and the dynamics of the private sector. But this third sector – let’s call it the “civic economy” – is clearly of huge importance.

The potential questions that should be being asked – but aren’t – are legion.

For example, is this 63 per cent of official GDP stable, rising, or declining? Is it becoming more or less productive? What impact does it have on the other public and private sectors, and what impact do they have on the civic sector?

To what extent are activities that used to be counted in the official, monetised, economy moving into, or out of, the civic sector?

The growth of the service sector, and self-service practices in things like retail, has transferred a lot of work from paid employment to unpaid domestic self-service work – so from the private sector to the civic sector.

When someone at home spends hours researching and booking a holiday on the web they are replacing the job of someone in a travel agents, for example. This has real impacts – as Thomas Cook recently discovered. This is work being transferred from the private to the civic sector.

What affects do these sorts of changes have on official productivity? If, for example, it was eliminating low-productivity activities from the official figures, it would boost average productivity numbers? Does it? And by how much? It’s not clear anyone knows.

Politics, and public policy, over recent decades has focussed on a debate about the relative size of the state and the market and the relationship between them. The Right claimed (wrongly) that only the market and capitalism create wealth. The Left sometimes challenged this, but more often focused on how wealth should be (re)distributed.

Neither side really attempted to understand the role that both the public and private sectors, together and separately, played in creating and distributing value in society.

In the UK the split is roughly 80/20 between private and public sectors in the official economy.

But when the ‘civic economy’ is added, the picture changes dramatically.

The overall real economy is much larger. The private sector is far less dominant, decreasing to only just over half of all real economic activity. And the relationship between the three sectors becomes a whole lot more complex.

Experts like Diane Coyle have long been pointing out that GDP numbers – developed for the industrialized economies of the late 20th century – are ‘problematic’ in the more intangible, service dominated, economies of the early 21st century.

Coyle’s book GDP – a brief but affectionate history sets out some of the arguments. She identifies three key issues for 21st century GDP: the increasing complexity of modern economies making them harder to measure representatively; their increasingly immaterial nature; and the problem of sustainability or what economists would call “externalities”.

To which we can now add – and what is an economy anyway? Are mum’s (and dad’s) providing ‘free’ domestic services (or not) to young workers to enable them to get to work in good order just as much part of the real economy?