Who had the biggest impact? Neil Armstrong, Jimi Hendrix or the King of Sweden? 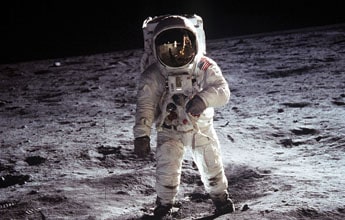 By any standards, 1969 was a momentous year. Neil Armstrong was the first person to walk on the moon, half a million people came to Woodstock to hear Jimi Hendrix, and the Stonewall riots kicked off the gay liberation movement. The same year, less well remembered, an event in Stockholm arguably shaped our world today even more. And not for the best.

Fifty years ago this year, the King of Sweden presented with royal pomp the first ever Nobel medals in economics. The prize has been dogged by controversy ever since. Alfred Nobel the founder of the awards never wanted an economics prize, his descendants want it scrapped and the economist F.A. Hayek said it was dangerous.

That’s not the half. Serious thinkers argue that the prize in ‘economic sciences’, as it’s called, has given economic ideas which favour the rich and powerful the gloss of scientific truth. The prize, still paid for every year by Sweden’s Central Bank, has helped weaken democratic control of money, they argue, and helped one school of economic thought – known as neoclassical – dominate the rest. It has contributed to a crisis of conformity in economics and trouble well beyond the ivory tower.

This narrow economic thinking celebrated by the Nobels has often ignored, and exacerbated, the multiple crises staring us in the face: ecological breakdown, financial crashes, and politically toxic inequality.

Take the 2018 winner William Nordhaus: his models may have delayed action on climate change. Or consider the 1997 winners Robert Merton and Myron Scholes: their hedge fund had to be bailed out to the tune of $3.6 billion less than a year after they won the prize.

Or wrap your head around the equations of the 1996 winner, James Mirrlees, whose work contributed to plummeting tax on the super-rich around the world. All of these “contributions” are described as economic science: the political values and choices inherent in the models are rarely acknowledged or discussed. Debate is closed down.

The winners have shown a similar lack of diversity. The prize in economics has held back women and minorities. No woman won the prize before Elinor Ostrom in 2009.  She’s still the only one. The other 80 winners have been men. Only two non-white men have ever won.

In the official descriptions for each Nobel Memorial Prize in Economics over the last 50 years, the words inequality, ecology, or crisis have never been used. Poverty and climate have only been mentioned once; welfare three times. In contrast, market or markets have been cited ten times, and theory 23 times.

Much more clearly than the white tie and tails of the Nobel Prize ceremony with the King of Sweden, we can picture Neil Armstrong in a spacesuit bouncing on the Moon, or Jimi Hendrix in a red bandana playing an electric American national anthem. Space travel and music will continue to shape our future and capture our imaginations, but economics always lies beneath the surface for good or ill.

What’s at stake with the crisis of conformity in economics is nothing less than what world we want to live in and how well we understand it. As Gillian Tett, Financial Times editor-at-large, has said: “Most societies have an elite who try to stay in power and the ways they stay in power is not merely by controlling the means of production… the money, but by controlling the cognitive map, the way we think.”

The Prize in Economic Science, often called a Nobel, has been crucial to the control of our collective cognitive map. Let’s not follow it over a cliff. We need to draw a new map together to a brighter future. We need better economics for the 21st century.

So how can we redraw the map? One way is through finding fresh economic thinking for the real-world challenges of the 21st century.

That’s why Promoting Economic Pluralism together with our partners is starting the search for economic thinkers and doers, who in the original spirit of Alfred Nobel, have given “the greatest benefit to humanity”. Who do you think should get the #NotTheNobel prize? Does economics today, as it stands, merit a Nobel?

Come and join the discussion on-line and vote for the final three in a public poll and watch the live-streamed final event on Thursday 3 October. To find out more about the what, where and how and our partners click here.

Nat Dyer a writer and Programme Director at Promoting Economic Pluralism (PEP). Prior to this, he worked for over a decade with NGOs such as Global Witness and the Rainforest Foundation tackling the real-world impacts of poor economics and politics overseas. He tweets at @natjdyer.