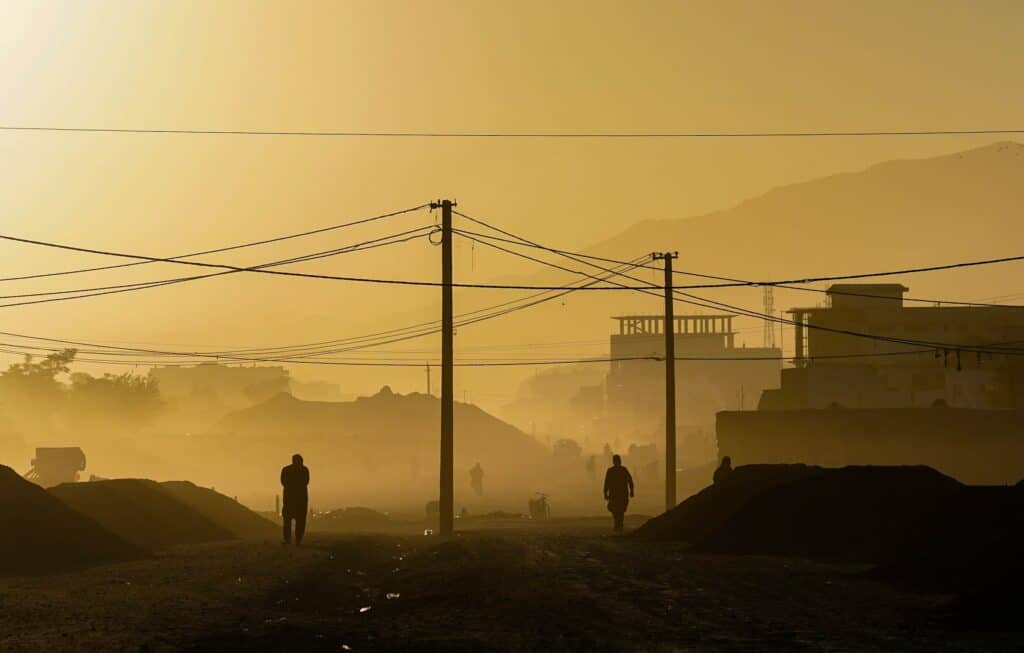 Failure is meant to an orphan, but the debacle in Afghanistan is prompting an unedifying string of paternity suits.

That the Afghanistan mission did fail is not in doubt. A brutal, regressive organisation has recaptured the country, and is set to purge everyone who took a risk for liberal values. The Taliban are only marginally more enlightened than ISIS, and they now control a lot more land than the Islamic Caliphate ever did – as well as modern weaponry, if they can use it, which had been bequeathed to the Afghan army and air force.

Was it a complete disaster? No. Afghanistan’s GDP tripled over two decades, while education improved massively (from a low base), culture flourished, and NATO learned a lot about how to fight. But those benefits for Afghanistan civilians have now been thrown into reverse, and NATO paid a huge price – more than $2 trillion dollars, and thousands of battle casualties. It is a terrible return on investment.

Naturally, everyone is wondering who to blame.  This is made particularly galling since almost everyone involved with the project tried so hard.  Many people from Western countries literally put their lives on the line.  The people I know who served there sweated, shivered and got diarrhoea for their efforts.  There is an emotional shock brought on by the tragic scenes at Kabul airport for all those who worked in Afghanistan – the final failure is so at odds with their own personal successes in the country.

And, in a narrow sense, we can say the blame lies elsewhere.  All the military operations in Afghanistan were tactical successes. There’s hardly an aid project which didn’t deliver ‘within acceptable margins, given the circumstances’. Most politicians advocated for women’s rights in the country and supported our troops.

The most ridiculous blame-throwing comes from former President Trump.  His call for Biden to resign is credible for as long as one doesn’t look at Trump’s own website, which blames his successor for not pulling out sooner.  Trump’s deal with the Taliban in Doha last year stands alongside Munich and Versailles as a paragon of dreadful negotiation.

But Trump’s folly did not come out of a vacuum.  Most of the US foreign policy establishment – including most Democrats – were sick of Afghanistan.  They regarded it as a ‘Forever War’, best ended sooner rather than later, so America could focus on the real threats, primarily China.  Biden just went with the flow.

Several American commentators have sought solace in the line that the withdrawal was right, it was just executed poorly.  It’s a line which suits their vanity, keeping their worldview intact while excusing them from responsibility for Saigon-like scenes at Kabul airport.

And certainly, Biden was given bad advice: no experts thought the Afghan Government would collapse so quickly.  The drawdown and evacuation have been ham-fisted, but then they usually are.  Most people in Washington accepted that strategic withdrawal would mean the Taliban coming back to power in some form – preferably in a power-sharing coalition, but no-one really cared too much about the details.

Once the decision in the USA had been made, the UK had little choice but to go along with it. We know that British defence officials considered continuing after the US withdrawal, both alone and with allies.  Neither course was viable.

So, how did we get to the point where Trump’s crass Doha deal would consign thousands of Western-friendly Afghans to their deaths, and leave the NATO alliance – the mightiest military force the world has ever seen – humiliated by a ragtag medieval militia?

There were blameworthy mistakes from 2001 onwards.  Having toppled the Taliban, the US-led forces could have left immediately afterwards, promising to return if Al Qaeda were allowed back in.  It would have avoided this week’s scenes in Kabul.  But it would have also tacitly accepted the Taliban could kill their way back to power.  And at that time, no-one knew where Osama Bin Laden was – it’s not credible to imagine the Americans could have left without finding him.

More promisingly, in those early months after Kabul fell to Western forces, a more inclusive political settlement could have been established.  Former Taliban representatives could have been given a stake in the new government.  The West would have had to hold its nose to bring them into the tent, both literally and figuratively, but it would have made the tent much stronger.

President Bush, however, vetoed this approach, and the Iraq war meant the West didn’t have the troops in Afghanistan to enforce his exclusively pro-Western settlement.

The Afghanistan ‘surge’, which ran roughly from 2006 to 2012, offered a new chance to bring Taliban-like elements into government: we would have been negotiating from a position of strength.  But that strength rested on a degree of public support which, in Britain, was sapped by almost daily convoys of dead soldiers passing through Wootton Bassett.  If the public thought we were suffering so many IED casualties just for a ‘score draw’ with the enemy, would they have supported it?

Meanwhile, there are problems in the Western way of war – certainly of guerrilla war – cruelly exposed by the twenty-year presence.  Short-term deployments meant commanders had to proclaim success every six or twelve months.  ‘Up selling’ success came with the job description; realistic assessments were unfashionable.  And short-termism helped fuel the large money payments to rogue militia and tribal groups, to buy them onside.

The long-term cost was popular dissatisfaction with an ever-more corrupt and distracted governing class.  Most Afghans had learned to be cynical before the western forces arrived (for many, their lives depended on it).  After a brief window in 2001, the money hose only made them even more so.

Also, the West was fighting what was essentially a political war.  It was a war for loyalties and beliefs – in the words of the cliché, for ‘hearts and minds’.  It is naive to think that building a road, or school, or hospital, will win people over when you can’t keep them safe at night: Afghans will hedge, as they always have done, because it was the only way to survive.  Also, most Western soldiers know only a rigid military hierarchy; it is the worst training possible for dealing with the ever-shifting power politics between Afghan tribal warlords.

For a better outcome in the country, we would have had to invest more, and for longer.  This would, in turn, have required much more public support.  In Britain, Prime Ministers Gordon Brown and David Cameron made only one major speech each on Afghanistan.  Theresa May and Boris Johnson made none.  In the UK and US alike, the operation was a legacy of unloved political predecessors.  No-one wanted to invest in it – apart from Obama, who did for a time, in part as a critique to Bush’s operation in Iraq.

And the media, which has been covering Afghanistan almost permanently for several days now, was absent on the topic for many years.  The public reactions to the latest scenes are telling: most news-watchers still believe the West was engaged in the sort of intensive nation-building it stopped a decade ago.

Brexit, Trump, covid, the credit crunch – domestic events have long since displaced foreign tragedies from the prime place our TV screens and print headlines they had in the 1990s.  This is especially true for people who’ve abandoned conventional news altogether, and learn about the outside world only through social media.  Our priorities have shrunk to within our shores.

So, where does blame lie?   Assigning blame without a full understanding is scapegoating, so we need a proper inquiry.  Until that happens, this must be regarded as a failure of the broader public to support a more earnest investment in the lives of people overseas.  That is the signal to which the politicians have responded, including the military they instruct, and the aid workers they employ.

Who was to blame?  This is on all of us.

This post is by Ben Rich and Jo Ely.

Why the UK finds it so hard to level up