When Britain was ruled by statesmen… 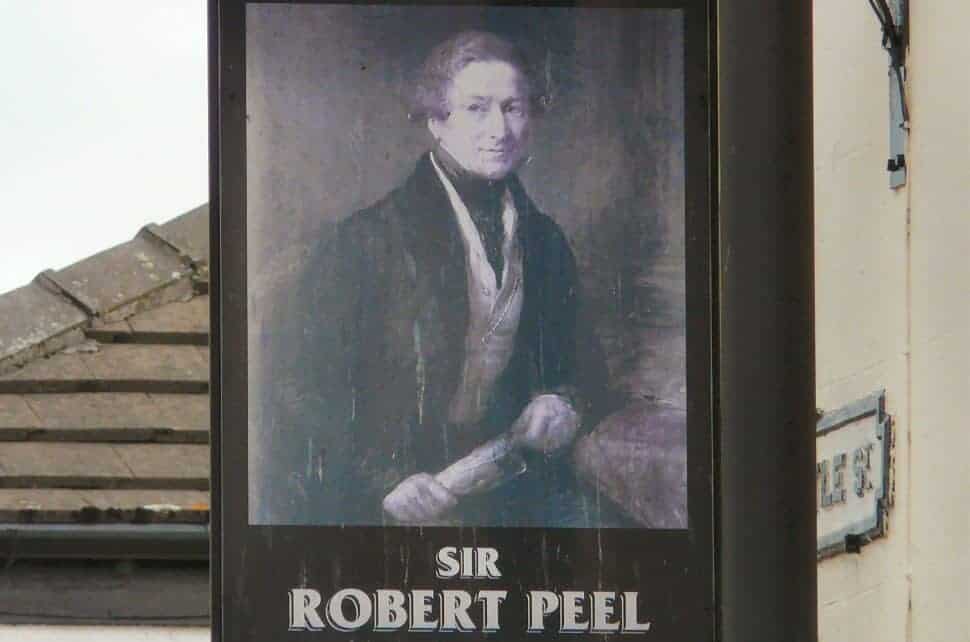 “I will assert the privilege of yielding to the force of argument and conviction, and acting upon the result of enlarged experience. It may be supposed that there is something humiliating in making such admissions; Sir, I feel no such humiliation. I have not so much confidence in the capacity of man to determine what is right or wrong intuitively, as to make me feel abashed at admitting that I have been in error.”

There was a time when Britain was led by statesmen. The above passage comes from Sir Robert Peel’s speech to the House regarding the repeal of the Corn Laws. It is inconceivable that Theresa May would ever utter anything vaguely similar. Or, for that matter, David Cameron or Jeremy Corbyn.

Peel was faced with an implacably divided party. He did what he felt was in the national interest and in the interests of the citizens whom he was elected to protect. As a result, his party was split asunder and did not govern again for a generation. It takes a special kind of person to do such a thing. May is not such a person.

It has been clear for the last two years that May has put party interests above the national interest. Some would argue that it is brave to try as hard as she has to keep her party together. But it is now clear that such a thing is simply impossible.

Europe has split the Conservative Party for 40 years. And it remains, and will forever remain, split on the European question. And, in the face of the most humiliating defeat in British parliamentary history, May stubbornly sticks to her impossible red lines.

I do not underestimate how difficult it must be for the Prime Minister to try to navigate the parliamentary shark infested waters – not to mention those of her own party. And she has tried her damndest. But surely there must come a time when reality prevails. When it becomes clear that the hard Brexiteers cannot be placated in any way that can either command a parliamentary majority or does not do significant damage to the country and its citizens.

Currently, there is no sign that such a time has come and that Mrs May will feel comfortable “acting upon the result of enlarged experience” or “admitting that I have been in error”.

What is of note is that the mood music coming out of Europe seems to have changed following the government’s historic defeat. There seems to be more willingness to be flexible.

But flexible how? Like the rest of us, the EU27 still have no idea what could possibly get through the UK parliament. As for the Irish government, one does have to wonder whether it is regretting using its five minutes of fame and power to push the UK government into a deal that has spectacularly blown up.

A no-deal outcome would be catastrophic for Ireland – and would certainly not solve the Irish border issue.

My colleague David Boyle is probably right to suggest that a general election might be the only way forward. But it is not clear how one can get there. Or how one can get anywhere else. Maybe mass resignations from the cabinet might push the PM over the edge. Or maybe not. Maybe she will again simply assert that nothing has changed.

Brexit was always going to be a fiendishly difficult process. Mrs May’s leadership has made it worse, much worse, than it could have been. But the reality is that nobody could have turned this into a neat and easy process.

Maybe the only hope lies in parliament wresting control of business from a dysfunctional government and working out for itself what course of action could possibly command a parliamentary majority – and also be supported by the EU27. The idea that all this can be achieved by March 29 is, of course, a non-starter.