What Turkey is up to in Libya 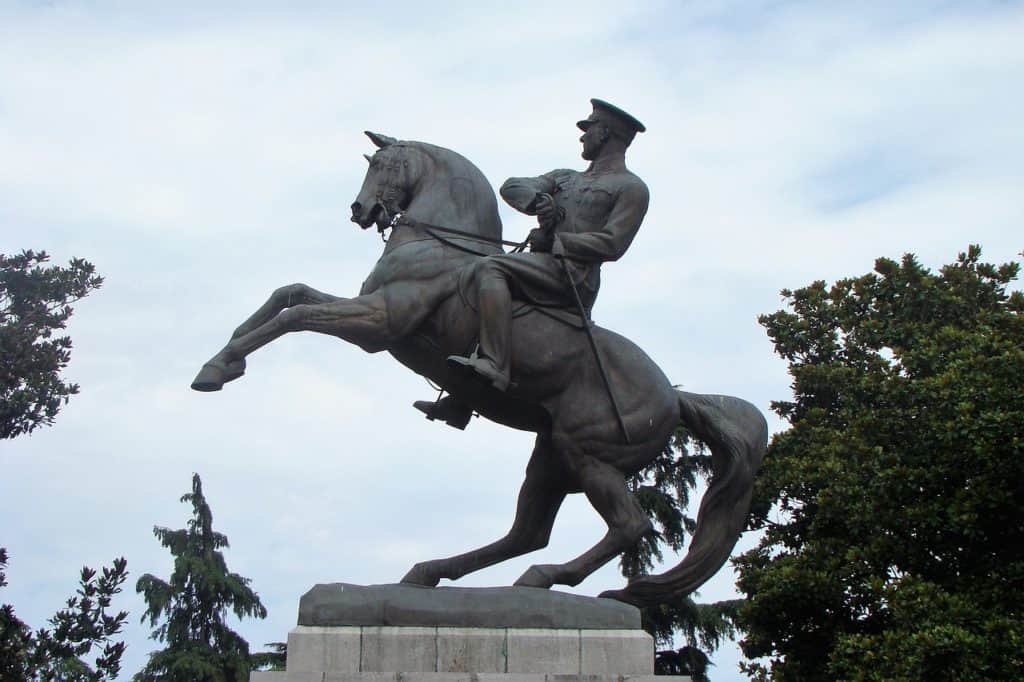 In the strict nationalist lineage of General Mustafa Kemal, the founder of modern Turkey, the current Turkish president succeeded in methodically moving his pawns to advance his great project of neo-Ottoman reconquest.

It is still a question of avenging the humiliating Treaty of Sèvres (August 1920), which forced the Sublime Porte to renounce its Arab and Maghreb provinces. Erdogan is now setting foot again in Libya where Kemal won his first military success. In December 1911, the future Atatürk pushed the Italians out of Tobruk and settled in Derna. But this victory was useless because the Turkish expeditionary force had to withdraw in haste from Libya to fight in the first Balkan war. Like all good strategists, Erdogan knew how to wait for the right moment to act.

On November 28 2019, in Istanbul, he concluded an agreement of military and security cooperation with the Libyan Government of National Unity (GNA) of Fayez al-Sarraj. Although it was the government officially recognised by the UN, the GNA was at the time in the worst situation. Entrenched in Tripoli and attacked by the Libyan National Army commanded by General Haftar, master of Cyrenaica, supported by Egypt, Russia and the United Arab Emirates.

By intervening in the Libyan civil war on the side of Sarraj, Erdogan had, of course, monetised his military aid. Turkey recovered the best oil contracts when the fields of the Gulf of Sirte would have been regained by the GNA or Haftar. Ankara and Tripoli even signed a document on the sharing of exclusive economic zones in the eastern Mediterranean – a document that did not comply with international maritime law.

In the medium term, it was also a question of being given four strategic bases on Libyan territory: the military airfields of Watiya (close to the Tunisian border) and Joufra (hinge between Tripolitania and the Fezzan), the ports of Misrata and Sirte (in order to control the central Mediterranean from the south).

On 2 January, Erdogan obtained authorisation from the Ankara parliament to send Turkish forces to Libya. The latter took several thousand jihadists, who had become idle in the Idlib pocket (north-western Syria, on the border with Turkey), as substitutes. They deployed rapidly, allowing the GNA militia to gradually drive the forces of Marshal Haftar out of Tripolitania, supported by Russian mercenaries of the Wagner division.

The Turkish armed drones Bayraktar Akinci, small unmanned high altitude and high endurance planes, even managed to destroy the Russian Pantsir-S1 close air defence trucks. This forced Russia to urgently repatriate the 1,000 mercenaries and eight warplanes it had sent to Libya at the end of May 2020.

Since July 2016, Putin and Erdogan have been very good friends, the former having had the intelligence to warn the latter that a military coup was being prepared against him. The two strong men agree on the strategic objective of kicking the Westerners out of the Arab-Muslim world. But the sharing of the spoils, in Libya as in Syria, does not always go particularly well… Neo-Ottoman arrogance in the Mediterranean rose to a new level on 10 June.

As part of the NATO Sea Guardian’s mission to monitor the UN arms embargo on Libya, a French navy ship approached a Turkish container ship sailing towards Misrata to inspect it. The Courbet was then “illuminated” by the radar fire control of a Turkish frigate in escort. In modern warfare, this action is equivalent to the warning shots of yesteryear. It is an extremely aggressive posture. Coming from a NATO member country – and covered by a deafening American silence – it is unacceptable.

Emmanuel Macron had been accused of having, in November 2019, spoken of NATO being “brain dead”. Perhaps the French president was not wrong… By dumping on Libyan soil the jihadists it no longer needs, Turkey is bringing a threat closer to European countries. Moreover, control of Libyan territory may enable it to resume its migration blackmail against the EU from another location.

And no one will be able to prevent jihadists from mixing with migrants. The Anglo-French military intervention in Libya in 2011 remains to this day the most serious foreign policy failure of the entire Fifth Republic. We have not only created a chaos that all the Maghreb and Sahelian states complain about. We have also offered a golden opportunity to our biggest challenger in the Mediterranean: Erdogan.