What the Polish people would like your wallet to know 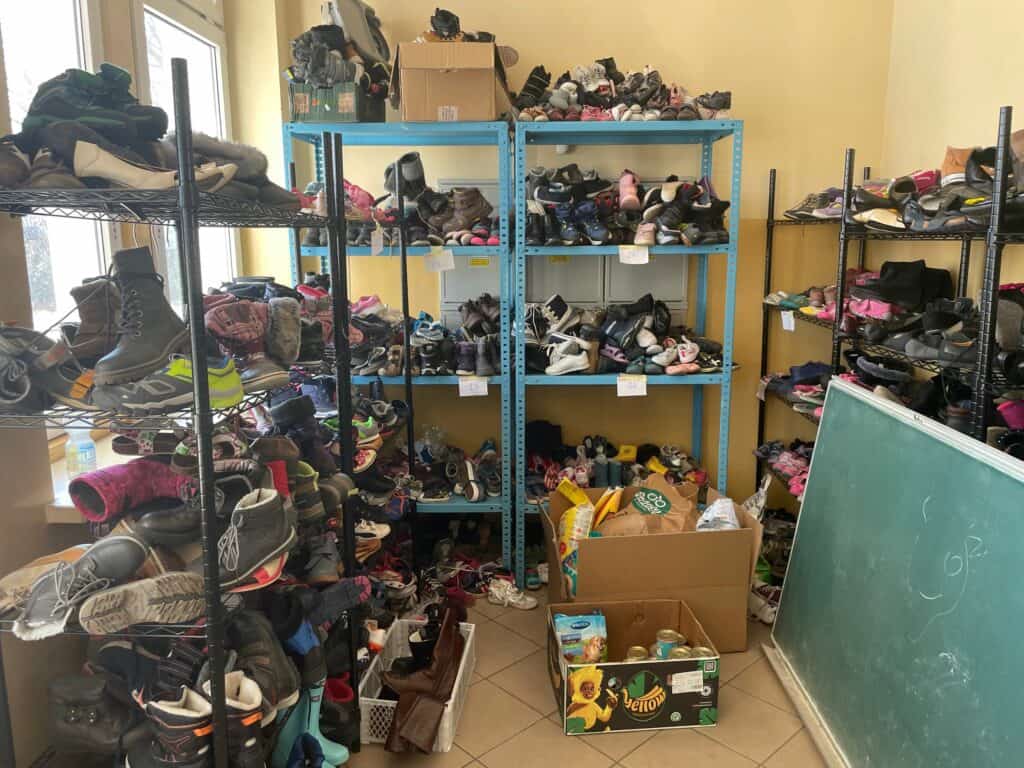 I flew to Poland about ten days ago. I wasn’t sure entirely what I was going to achieve when I got there – but I was fuelled by a tide of rage like I’d seldom felt before. Rage about the refugee crisis, and even hotter rage about the UK’s apparent willingness to just watch it unfold on the news. Even from my velvet sofa in London, I could see that giving £25 to DEC was nowhere enough.

And here’s what I discovered on the ground: far too much of the burden of the refugee relief effort is falling on the shoulders of ordinary Polish people. If you’re nestling warmly in the belief that everything is being organised and funded by the Polish government and the EU, I’m about to blow a cold wind of truth for you: it isn’t.

My old cleaning lady, Ela, had moved home to Poland last summer. She connected me with her daughter’s best friend, Kamila, in Jarosław – a town about 35km from the Ukrainian border at Medyka, where you’ll have seen footage of refugees arriving by train from Lviv.

Kamila was (and still is) volunteering with a newly-formed charity called Unitatem. To call Unitatem a start-up doesn’t do it justice – it’s more of an upstart.

It was founded, barely a month ago, by a 37-year-old local property developer I now know as “Patryc” (his full name is Patrycjusz Gaweł). Recruiting his friend Kamil to help, Patryc started offering room and board to refugee Ukrainian women and their kids.

He started by turning over the rather handsome new house he’d just built for himself. With three weeks, Unitatem was operating over five sites, including a disused school and an old dormitory for an agricultural college. They are housing and feeding over 500 people, and want to scale up to 2,000 beds. They are already serving over 1,000 meals a day.

Kamil – who works for a British company, and speaks fluent English – is starting to make international contacts – Médecins Sans Frontières are now visiting each day to offer the refugees medical care, and watch this space for news of a chunk of cash that may soon arrive from the USA.

But it is not enough. Nowhere near enough. This crisis could go on for months, and Unitatem – which roughly translates as “We Are One” – will need reliable ongoing funding. In cold weather, their gas bill alone is the best part of £20,000 a month.

I set up a GoFundMe, and I’ve raised over £10,000 over the last five days to buy Unitatem an industrial washing machine. (Ukrainian women didn’t just leave their husbands and their lives behind – their appliances are being bombed too.) My friends and contacts have been incredibly generous – but it’s a drop in the ocean.

Using old contacts from my journalist days, I’ve got Unitatem onto BBC Breakfast, Sky News and LBC News. Hopefully we can build a compelling enough story for Brits to want to pitch in on an ongoing basis.

So where do you come in? Well, I’m asking loud and clear for your help. I look at the gallery of powerful, well-connected people on the Radix website, and my face turns into the hatching-a-plot emoji. I don’t know what you can do, but I know you can do something. Please, if you can offer me a practical conversation, email me at [email protected].

And do donate to my GoFundMe, or direct to Unitatem (which is, as of last week, a registered charitable foundation in Poland).

The Polish people need our help, they need it to continue, and they’re not getting enough of it through the existing channels. Will you help me to build a new one?

Neil Midgley is a self-employed media trainer and mindfulness teacher in London. In former lives, he was a corporate litigation solicitor at Linklaters, and then media editor at the Daily Telegraph. As a teenager, he did am-dram with Anni Johnson from Radix (but they’d both prefer you didn’t know that!).