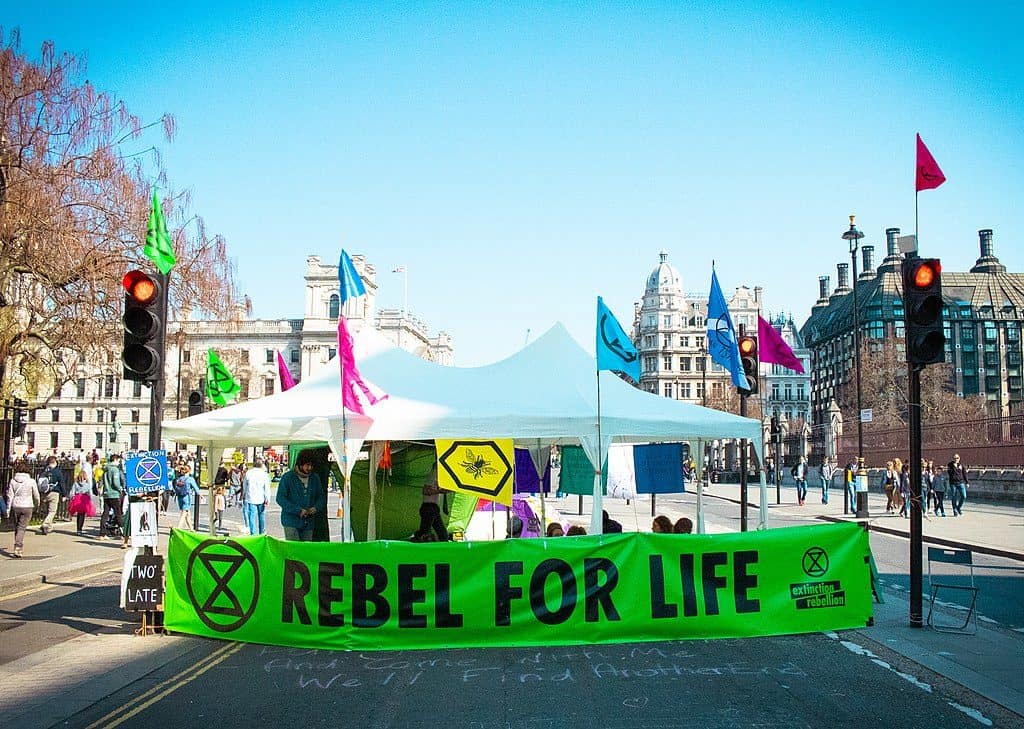 The Overton Window describes what is acceptable for discussion in public. This changes over time and this influence what happens in politics.

According to Overton, the window contains the range of policies that a politician can recommend without appearing too extreme in the prevailing climate of public opinion. The window can shift and expand as societal norms and values change.

There has been much discussion of climate change over the past decades. It is only recently, in the past 18 months, that there has been a shift in public attitudes in the rich world. The Paris Accord of 2016 is an international agreement with a goal of keeping the increase in global average temperature to well below 2°C above pre-industrial levels.

Now, more than 60 countries are discussing or have set themselves a net zero emissions target by 2050. This is more ambitious than what was agreed in the Paris Accord. What has changed? What has caused people to march in their millions? What has caused Green Party candidates to make gains across Europe? In short, what has caused the Overton Window to shift?

Over the past few years, there have been an increasing number of effects visible at home in the rich world – wildfires in California and Australia, rising sea levels and storm surges in Louisiana and Florida, hot summers in Europe, rising temperatures opening up the Northern Sea route across the Arctic, Greenland losing its covering of ice, and devastating floods across Europe, most recently in Venice.

Extinction Rebellion was established in the United Kingdom in 2018 by about one hundred academics. It is a self-organising, global environmental movement with the stated aim of using nonviolent civil disobedience to compel government action to avoid tipping points in the climate system, biodiversity loss, and the risk of social and ecological collapse.

Since November 2018, Extinction Rebellion has had a programme of demonstrations in London, New York, across Australia and Europe, which disrupted traffic and daily life in these cities.

In August 2018, Greta Thunberg started her “School strike for the climate” on Fridays and used social media to attract attention. In September 2018, about 4 million people joined a global climate strike. Since then, there have been a number of global climate strikes involving millions of people.  She has become a global figure, showered with awards.

Her message is that humanity is facing an existential crisis due to climate change, that the current generation of adults is responsible for climate change, that climate change will have a disproportionate effect on young people, and that too little is being done about the situation. Politicians have felt that they needed to respond – mostly to endorse, but also from some to mock if they found her message unpalatable.

Much of the rich world has reacted by adopting targets to reach net zero emissions by 2050, though with little idea of the scale of change implied. Other governments are targeting 2030.

Meeting the targets will depend on actions across a wide front. For instance, reducing emissions from transport, buildings, and energy generation. Changes in these areas could be very disruptive to society, economy and people’s lifestyles. This means that it will be difficult to implement these changes in spite of peoples’ concern over climate change.

More positively – and less visible – are a number of existing examples of ways that people are successfully tackling climate change. These focus on reducing energy usage and carbon emissions or capturing carbon.

For example, technology is starting to contribute to reducing energy, by using AI in managing energy usage cargo shipping and data centres. Similarly, the use of hydrogen as a fuel is rapidly becoming cost effective and using it only emits hydrogen and water.

An ambitious tree planting scheme ‘The Great Green Wall of Africa’ is a project spanning many African nations. It has been successful in capturing carbon, increasing rainfall, and in improving regional resilience to climate change.

On a more personal scale, some people in the rich world are choosing to eat less meat because of their concerns over climate change.  In the UK, recent evidence indicates that one third of the population are now eating less meat or have become totally vegetarian.

Building upon approaches like these, we can see how climate change could be tackled with less disruption.  As one sign of how the Overton window has changed, the new President of the European Central Bank, Christine Lagarde, has proposed that their investment strategies be aligned to climate change.