Welcome to the Traffic Light coalition 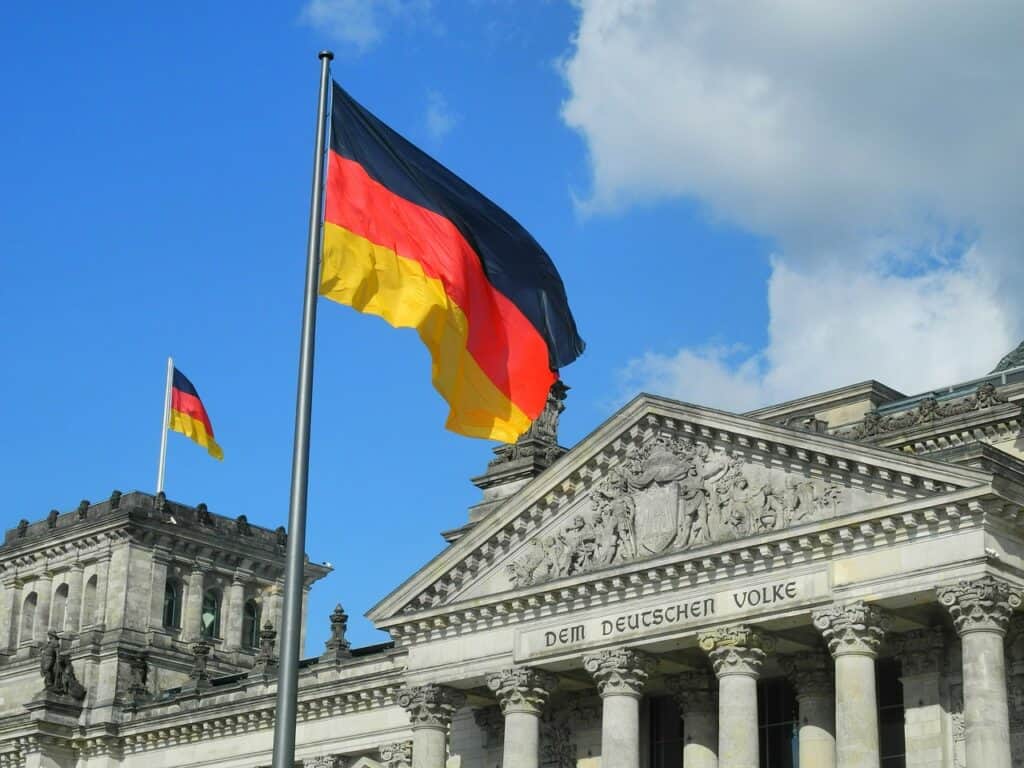 While Britain flounders on under Boris Johnson and its obsession with cross-channel immigrants, sleaze and Peppa Pig, the bank-manager-like Olaf Scholz has got the negotiations for a “traffic light” coalition of Social Democrats (SPD), Liberals (FDP) and Greens over the line in Berlin.

A socially progressive, liberal, digitalisation and environment-oriented coalition contract, but not really that radical, not necessarily that exciting. As Christian Linder, head of the FDP put it, a coalition “for the middle”. But in a land dominated by the fear of Covid, the need to support several sectors once again under threat from the pandemic, the objective, sober, somewhat dull Chancellor Scholz is precisely what Germany needs in 2022 and beyond.

Assuming the party bases endorse the new agreement, Angela Merkel’s premiership will come to an end, and the Christian Democrats will go into opposition after 16 years of government, to work out whether they want to remain in the ‘Middle’, or move to the right.

If, like me, you watched the video of the announcement of the coalition on 24 November, you will have noticed something remarkable: probably the most popular politician in Germany, Markus Söder of the CSU, remains in Bavaria.

To Olaf Scholz’s left (of course), the media-friendly, academically oriented Robert Habeck of the Greens (the likely next Vice-Chancellor), and the new foreign minister, the very talented, very young, very telegenic Annalena Baerbock. To the right (of course) the very media-savvy, handsome Christian Lindner, the new Finance Minister.

In the middle, the shy, quiet, unprepossessing Chief Administrator of the fourth biggest economy in the world and the most important industrial power in Europe. A man you might imagine discussing your mortgage with is now one of the most powerful men in the world.

Do I give the Traffic Light coalition a chance? In most countries, hardly a chance – how can economic free market Liberals, Greens and Social Democrats possibly collaborate and rule together? In Germany, absolutely. Because, despite all the problems, several Christian Democrat/Social Democrat coalitions have run this country before.

Because these coalition discussions between Liberals and Greens, arbitrated by the Social Democrats, to create the traffic light coalition were tense, difficult, disputive – and reached an agreement. And no one at the press conference hid the fact that it was very difficult, that it will continue to be very difficult – and that they have every intention of making it work. For Germany, and of course for themselves. Power attracts pragmatism.

Once again, I congratulate the German political establishment for their pragmatism, common sense, courage to work together despite personal as well as political differences. It is good to be a native of a mature, high-functioning democracy, though I now observe it from a distance.

I might myself have been intrigued as to how a Conservative-Green-Liberal coalition would have turned out, but I am also excited by some of the talent that now comes into the Federal cabinet, especially in the form of Lindner and Baerbock – but do not underestimate Scholz. If he can pull off the trick of holding this Traffic Light coalition together, he may yet enjoy a decade in power in Germany and be a leading force in Europe.

Chancellor Scholz is expected to be sworn in on 8 December. His first visit will be to President Macron, with France and the USA receiving particular mention at the press conference.

Meanwhile, shall we reflect some more on Peppa Pig?