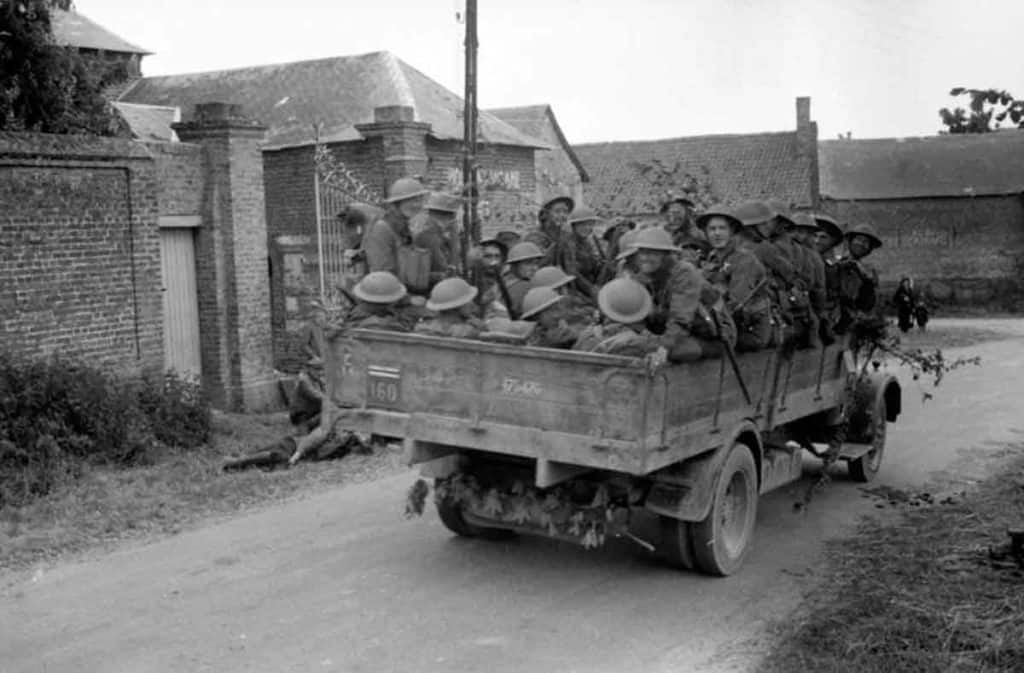 British patriots all agree (well almost all, except certain members of the ERG). “No deal” Brexit really is an undesirable end-game, it has tragic consequences, but given the issues with the backstop and the intransigence of the EU, MPs wish in their majority to renegotiate the already negotiated Withdrawal  Agreement and, assuming that fails, the country will prepare for, survive and prosper under “no deal” Brexit. Welcome to May 1940 – again.

You may have noticed the parallels between the Spring of 2019 that is coming and the Spring and Summer of 1940, parallels voiced by the right-wing press, by the mouths of right-wing Conservative politicians and anyone aspiring to be the next Prime Minister (Jeremy Hunt and Sajid Javid in particular). No deal Brexit is undesirable, but the country will be as safe as it was before, Britain has survived much greater challenges than “no deal” Brexit etc etc.

Of course there are the more lunatic fringes of politics – Mark Francois publicly tearing up a letter from Tim Enders for the benefit of TV viewers, because his Dad fought in D-Day and was never cowed by a German, Jacob Rees-Mogg comparing Brexit to Crecy, Agincourt and Trafalgar – but it is the growing acceptance of the “inevitable” by mainstream right-of-centre voices that is most concerning – girding our loins for another fight on the beaches and in the air, more blood sweat and tears, which this time round could involve food shortages, medicine shortages and a dying car industry.

To readers outside the UK all this may seem as strange as it did to a former US ambassador, who commented that the British appeared obsessed with the Second World War. Just as many Catalans seem to be trying to finally win the war they lost in 1939 to the Madrid-based Fascists, so many British commentators wish that Britain would renew the spirit that united a divided, recession-riddled nation in 1940 in opposition to Germany.

In many ways “No Deal” Brexit provides that opportunity. With our backs truly to the wall, the British will unite and fight back. Food shortages will remind us of the value of food itself, neighbours will help neighbours get through the worst of it, like in the Blitz, offering each other food and medicines if need be. The government will become a government of national unity, supported by many Labour MPs terrified they will be unseated in Vote-Leaving constituencies. And if businesses like Nissan and Airbus reduce investment or even move out altogether….well they aren’t British!

There is a tragic inevitability to this Second World War inspired rhetoric. It never really stopped being mainstream: the idea that Britain could only be Great as “sovereign” and independent outside the Franco-German controlled “superstate”; the sense of the wrong of it all, that Britain won the war but the Germans and the Japanese seemed to “win the peace”. The “exceptionalism” of the UK in Europe, which equates to a sense of moral and political superiority.

Just one problem with all this: the assumption that the nation will unite in times of “no deal” Brexit. The Steve Bannon reading of history is that nations need a seismic shock about every 80 years or so to renew themselves as nations (this can be war or social upheaval, and forms the basis of Trumpian dystopian politics), but most genuine historians don’t readily agree with Steve Bannon’s interpretation of history. 48% of the population voted against Brexit, let alone a “no deal” Hard Brexit with job losses and food shortages. Well over half of young people who voted voted to remain in the EU.

Boris Johnson may have got it right: leaving with Hard Brexit will provide for a UK that is low regulation and low tax, dynamic, freed from the EU; Jeremy Corbyn may have got it right: leaving the EU makes it easier for a future socialist Labour government to provide state subsidy to industry and to “decouple” from the supposedly neo-liberal agenda in Brussels. Both competing visions for the future of Britain will actually derive benefit from a Hard Brexit” or “no deal” Brexit.

But even if Boris Johnson gets to play the role of Churchill shortly, this is not May 1940. No amount of rhetoric, endless 1940s pageants and revivals can disguise the fact that Britain is a deeply divided nation. Pulling together to get through the Blitz? The government’s non-existent, denied plan (which was leaked), to evacuate the Queen to a safe place in the event of riots seems sadly closer to the mark.

Brexit, as we all know, was never really the cause but the symptom of social division, inequality and a sense of abandonment in many communities especially in the North. Whichever form Brexit now takes, it can’t resolve any of those issues which have been, for now, pushed aside by the all absorbing monster that is Brexit. A “no deal” Brexit will hit those who are most deprived hardest.

Perhaps history will repeat itself. Churchill faced down Hitler in 1940 and celebrated victory in war in 1945, only to make way for a socialist government to try to heal a battered nation. Perhaps Jeremy Corbyn, not Boris Johnson and the ERG, will derive most benefit from Brexit. Only time will tell.