We need to make resolving conflict a priority 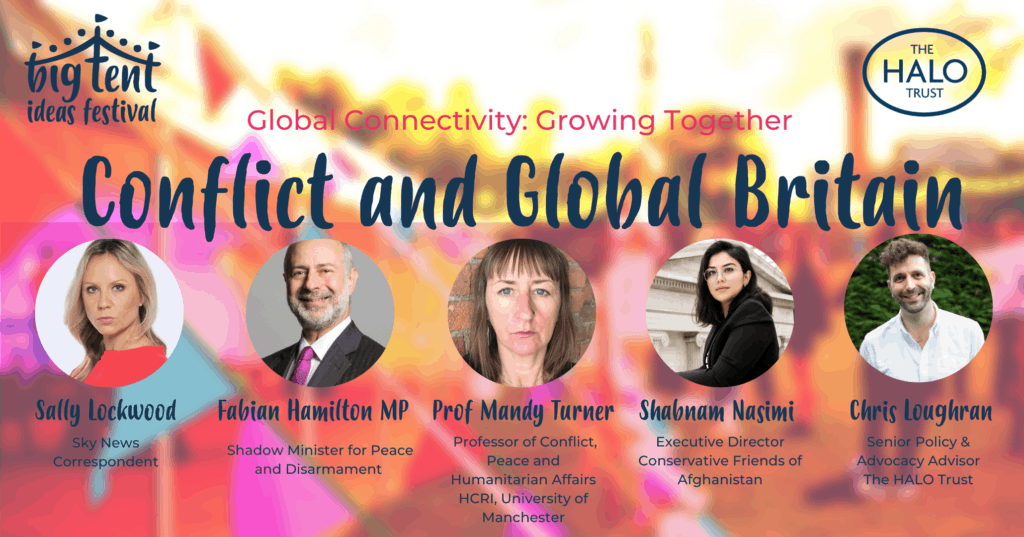 Familiarity breeds contempt, the saying goes. But when it comes to conflict, it feels like longevity leads to apathy.

A decade after the hope of the Arab Spring, the conflict in Syria is now in its tenth year. That decade has claimed more than 400,000 lives through indiscriminate bombing, starvation and chemical attacks. Millions have been displaced, with consequences for neighbours and the domestic politics of Europe.

To the south, the war in Yemen has caused the world’s worst humanitarian crisis and brought the country to the brink of famine. The UN reports four million people uprooted from their homes and 20 million in dire need of assistance.

Even as the bombs continue to fall, the UK government’s response has been to slash the aid budget by a third and de-prioritise the Middle East, home to most of the world’s major conflicts. That is hardly the action of a government claiming that Global Britain will act as a ‘force for good’. It’s not consistent with UK values, and whatever budget savings are achieved will be dwarfed by the problems these conflicts are storing up for the future.

The UK can do so much better, as it has done in the past. We are now in desperate need of a comprehensive conflict strategy that combines our excellent diplomatic service and position as a permanent member of the UN Security Council with defence engagement and smart use of aid. That, after all, is what we were promised from the new – merged – Foreign Commonwealth & Development Office. But the longer the UK dithers, the more it is complicit in perpetuating endless wars.

“Today’s conflicts don’t just go away on their own. If the last decade has taught us anything, it’s that it gets more complicated when they are ignored. Not playing our part in resolving conflicts puts the UK at risk.” Fabian Hamilton, MP

The humanitarian case for taking action on conflict speaks for itself. It reflects UK values, including peace, stable democracy and strong opposition to the use of violence. But the economic and strategic case is also straightforward. Conflict costs the global economy nearly $15 trillion a year.

Conflict is the largest cause of population displacement and creates a multi-billion burden through humanitarian appeals. This is only set to grow, with the World Bank estimating that by 2030, two thirds of the world’s poor will live in proximity to conflict.

Across the world, from Cyprus to Colombia, there are also silent conflicts that have laid dormant for years but have showed signs of re-igniting again. It’s vital that the UK sticks to its obligations under international law and frameworks set out by the UN to prevent any escalation into wider violence.

“Taking action now to prevent and resolve conflict is one of the most important actions the UK can take abroad to safeguard its investment of billions of UK taxpayers’ money.” Chris Loughran, HALO Trust

The public rightly cares about how the UK acts on the world stage. Recent polling conducted by the Coalition for Global Prosperity showed that 62 per cent of the electorate are more likely to vote for a political party that is dedicated to protecting Britain’s reputation as a force for good in the world.

So let’s not lose sight of the fact that conflict stands in the way of many other progressive priorities from climate change and gender equality, to eradicating hunger and malnutrition. Nothing progressive can thrive until the cycle of conflict is broken. The UK government must end its apathy towards conflict, and there’s little time to lose.

If you’re intrigued and would like to know more, join us next Saturday 10 July in #coventry with Big Tent Foundation Coventry City of Culture Trust for Ideas Festival.

Fabian Hamilton is the Labour Party’s Shadow Minister for Peace and Disarmament and MP for Leeds North East. Since his election to the UK Parliament in 1997, Fabian has championed multilateral disarmament and international peacebuilding. Fabian is responsible for Labour Party policy on arms control, the non-proliferation of nuclear weapons and international peace agreements, such as those implemented in Cyprus and Colombia. He is married with three children and two grandchildren and is a keen cyclist and amateur photographer.

Chris Loughran is senior policy and advocacy advisor for the HALO Trust, where he leads HALO’s UK and global policy and political engagement strategy. Chris has 20 years’ experience in the not-for profit and public sectors, including at senior leadership level. He has previously worked in Whitehall and in the Middle East, South/South East Asia and sub-Saharan Africa. Chris is an Honorary Fellow at the Humanitarian and Conflict Response Institute in the University of Manchester.