We need to develop our extended families – to survive de-growth 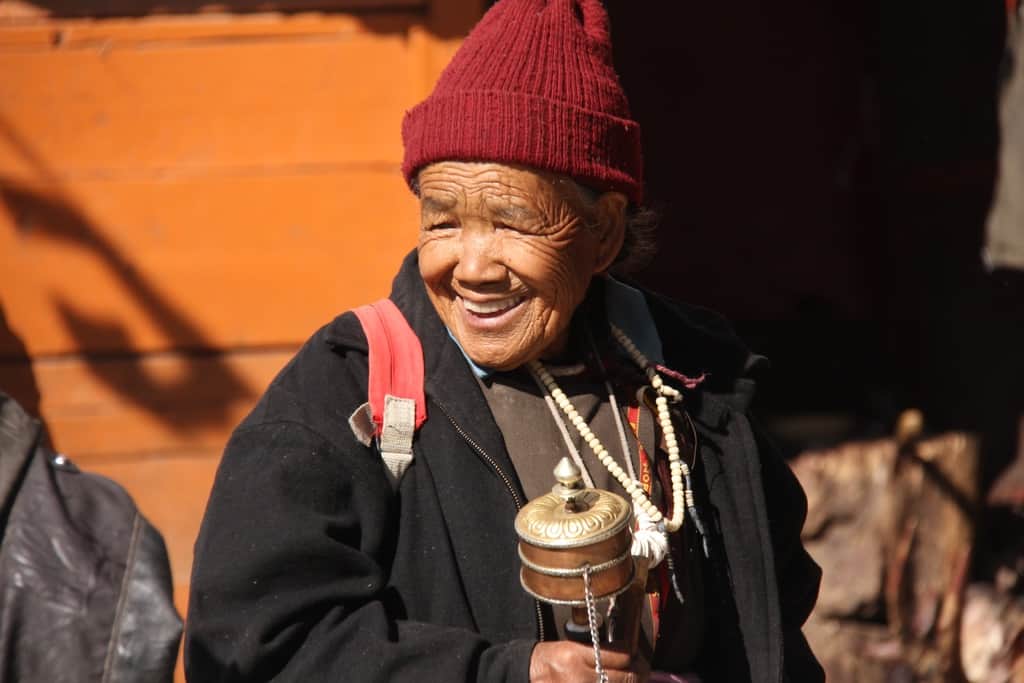 I have been reading a lovely book by Helena Norberg Hodge about her life in Ladakh, the ancient enclave of Tibetan Buddhism on the Himalayan frontier.  She lived there for 16 years and spoke their language fluently.

What she learnt about the daily lives of the Ladakhi people of this ancient land has made me modify my view of decentralisation and localism, in a de-growing world.

When the author first arrived in Ladakh there was a self-sustaining culture, by western standards, of extreme poverty: “At altitudes of 10,000 feet and above, and with a growing season limited to little more than four months.”  Nothing was brought in.

A culture of extended families.  Without money.  Whose people “exude a sense of well-being, vitality and high spirits.”  Forever singing and smiling.

And then they came to know the western lifestyle of “blind consumerism” with tourists keen to buy examples of locally made clothes and be taken around the locality.  You can imagine what happened. The Ladakhi lost their smiles: “They now find themselves ever more dependent – even for vital needs – on a system which is controlled by faraway forces.”

In the early days of the author’s life in Ladakh, the extended families and co-operation between families reminded me of when we first moved to Herefordshire.  Most of the folk in our parish were related and helped each other when needed.  It was a community of mostly blood relations, with smiling friendly farming families.  Their cottages have now been taken over by incomers who have modernised and extended the cottages. The old-style community is gone.  The relationships are forced.

One view of the eventual future of de-growth is that it could evolve naturally into communities of extended families.  Now would be a good time to think about this in the development of your own family.

My wife and I live over 100 miles away from where our parents were when we were married.  As do our siblings and cousins and their children.  There are just the two of us. We are now, in our 80s. We would feel less vulnerable, to illness, inability to do things and be burgled if we had the cushion of an extended family around us.  Those that we know of all live miles away.  Blood relationships become thinner when you see relatives occasionally, and then only at funerals.

A cousin has a huge family database, going back to the 16th century.  I was curious to know how large my extended family would have been when my wife and I were married in 1965 if we had all lived in the same area.   So, my cousin took our four great-grandfathers, as the starting point and found 222 relatives actually or probably living in 1965.  That was just the Cooper side of the family.  What a surprise.

Maybe those who believe in a future of de-growth should think about not moving away from where their roots are. The sooner a family becomes locally extended the better.  Not just for the long term.

Even if you have already moved away, you and your immediate family could decide not to move again.  Thereby planting the roots of an extended family. Those who believe in surplus energy economics expect troubling times quite soon.  When being part of an extended family would be good.

Although we don’t know how the future will unravel, I am now certain that having relatives nearby would be much better than living amongst strangers.  If I were 50 years younger now, I would do it. Moving to six different areas since we married has taught us a lesson.  We are on our own!

The lesson I have learned is that local communities should consist of generations of extended families.  They will work and play together and look after each other, naturally,  And smile and sing.  As the Ladakhi used to do.