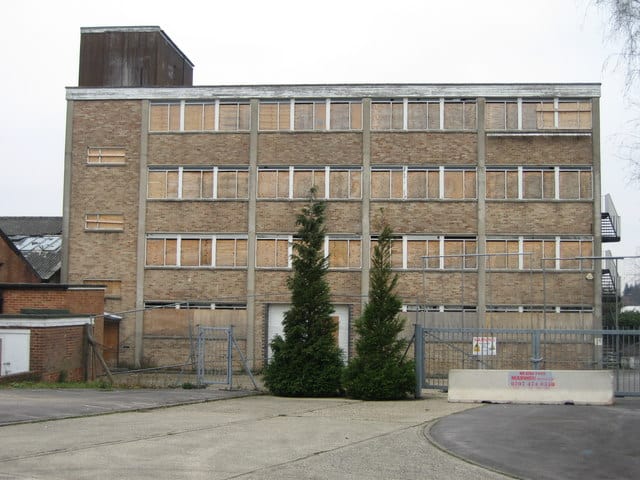 Close to where I live in Hackney there are several rows of houses with the same coloured doors; deep blue. But these are not housing association flats or council houses. They are large Victorian villas. Research showed (see Who Owns England? by Guy Shrubsole and the eponymous website) they all belong to the Benyon estate, now a huge property company but owned by one family, for centuries.

Inequality is deepening, the lack of housing that people can afford is intensifying and we are speeding up climate change, not delaying it. What if local communities took over empty homes, second and third homes and unused land and put it to use, slowing climate change, housing people that were in need and took responsibility for the local management of land?

Yes, some will lose out but the majority would be housed more
securely. Land could be administered by local citizens sitting as on jury service, on Land Commissions. The land commissions would hold the freehold of all land and decide how it should be used and how to house those who needed it (13,400 on the Hackney waiting list alone).

Home owners would have right of tenure for several generations. In cities, it would mean the private rented sector would end and empty homes would be allocated to those waiting. The culture change is to see property as a social asset not a wealth asset, for the community to have collective responsibility for all land.

To make this responsibility meaningful and connect with local people, the land commissions would own the land, not the state. This would make it more difficult to recall into private hands, though clearly not impossible, as Margaret Thatcher showed in the 1980s.

Land commissions sound monolithic and bureaucratic but, controlled by citizen’s panels with built in locally elected scrutiny bodies, they could succeed in putting land management at the heart of our communities. They would need administrative and expert support but many current bureaucracies would disappear and their expertise be transferred into working in land commissions.

The monitoring of the prior private rented sector, the commercial side of estate agents, mortgage advisors and local authorities role as landlords would be subsumed into land commissions. Yes, a new bureaucracy but no overall increase and possibly a helpful rationalisation.

Unbuilt on land would also be the remit of land commissions. Tenure of
agricultural land would pass to land commissions but decisions on use, for food, public access or slowing climate change, could be devolved further to local decision making. This would include urban parkland, National Parks, National Trust land, transport infrastructure land, derelict land, and so on.

So who would gain and who would lose? The artificially inflated wealth asset wouldbe translated into a social asset, so rich people would lose. Home owners would be guaranteed tenure so the release from mortgage uncertainty might be an advantage.

Home owners are declining, now barely more than half the population. Private renters, the fastest growing section, would definitely benefit in terms of housing available, rents and lease terms. All those on waiting lists, inadequate housing or homeless would be the main beneficiaries. Public ownership of unbuilt on land would benefit all of us as policies to counter climate change were gradually implemented.

How would land commissions work? For those who were chosen to sit on the land commission it would be a substantial commitment (approximately one day a week for a finite period, min one year, max three years?) and would need remuneration, childcare, transport and so on organised by the land commission.

Each land commission would be responsible for a geographical area; perhaps 40-50,000 properties in urban areas and larger geographical
areas rurally. Private landlords would be compensated for their first 2-3 properties according to their social value (rebuilding cost minus costs to bring properties up to proper letting standard) but companies would not.

Individuals or families would have tenure over one property. Second homes would be reallocated to the needy, though some would need to be retained for tourism and education purposes.

Working closely with local authorities, land commissions would be scrutinised and held to account by locally elected bodies. This element is crucial; they must be answerable to the communities they serve.

The Scottish government set up a Land Commission in an advisory capacity and the Scottish Land Fund with grants up to £1m for community right to buy schemes. There are similar schemes for England suggested by George Monbiot and others, but they do not address inequality at its heart, as this proposal does.

Adam Forman
From Essex boy to GP in Sheffield via communes and building co-ops, property ownership has always been a live issue for Adam Forman. He explored ways the GP practice buildings could be made over to the community as a social asset. Moving to London intensified the awareness of a national housing crisis in the midst of excess property wealth. Also an artist, now retired from the NHS after a career interacting and dealing with inequality.