We must all hope that the French cheer up 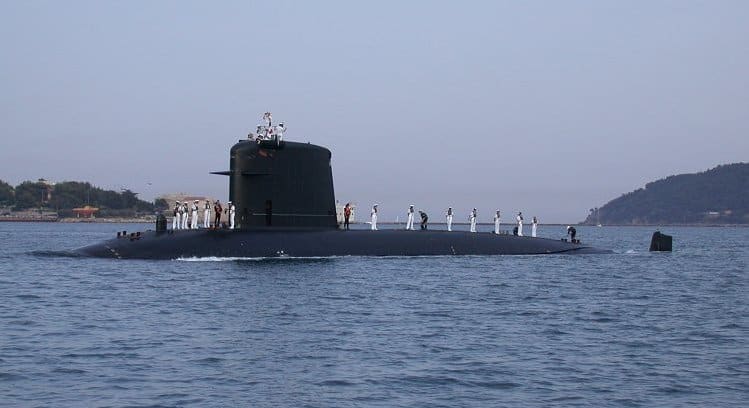 The French are fuming.

The French see this as a betrayal. They claim they should have been consulted. The Australians have suggested that the French should have known that the deal was in trouble with budget overshoots, delays, and so on. So what’s new for public contracts? Surely this new contract will not work like a Swiss precision watch either.

There has been much commentary about the merits of the deal itself. I have no idea about the strategic and military importance of having nuclear-powered submarines as opposed to the type the French were due to provide. And the French have their own nuclear-powered submarines and therefore they, too, might have been able to provide what was needed.

All of which suggests that the issue was not the technology or who can provide it. Rather it is something somewhat more obvious: if the objective is to provide some kind of counterweight to China, that can only credibly be done in collaboration with the US superpower.

For all its interests in the Indo-Pacific, France is not a credible counterweight to Chinese naval might. Neither would the UK alone have been. Nor a combined UK/French deal. Including the US is strategically essential and, in the world of realpolitik, sacrificing the French may have been seen as unfortunate collateral damage.

What of a US/French collaboration? That too may have been problematic. Some have suggested that it would have been nigh on impossible to persuade the US Congress to share nuclear technology with France. The UK and the US have longstanding collaborations in the field.

Which brings us to two other questions.

Could the damage to the relationship with France been mitigated by bringing it into the discussions? I would be astounded if everyone involved had simply forgotten to think about the French and their likely reaction. The decision to exclude them until the time of the announcement must have been a calculated one. And one can empathise with why.

It seems unlikely that France would just have rolled over, given up its contract and walked away wishing the three partners a long and happy life together. Surely the French would have done their damnedest to remain in the game and preserve their contract – even if altered.

They would have defended their national interest which would have doubtless complicated and prolonged the negotiations. In that context, risking French anger may have been considered the lesser of two evils.

French anger may now seek to find its outlet elsewhere. They may continue to obstruct UK-EU post-Brexit relations – no change there. It seems unlikely, and it would be counter-productive to their own interests, to try to dismantle the Lancaster House treaties for military co-operation. But who knows?

We are inevitably hearing reinvigorated talk of the need for European strategic autonomy, less dependence on the USA, a standing European army, and all the rest. But what is true for Australia is true for Europe. Europe currently cannot take full, autonomous responsibility for its own defence and security. And it is not going to be in a position to do so in the foreseeable future.

Like Australia, if it wants to act as counterweight to the Chinese – and, for Europe, also the Russians – it needs America. Without the USA, and if it doubles down on internally-focused thinking and also excludes Britain, Europe is, militarily, a minnow in shark infested geopolitical waters. Chest-thumping is no substitute for hard power.

This state of affairs further infuriates the French who have always railed against US supremacy and against seeing themselves as dependent on the US and therefore somewhat subject to its direction. De Gaulle was adamant that he would not be subservient to America – a feeling now ingrained in the French psyche.

In 1966, he withdrew French forces from NATO and gave a speech in Cambodia condemning US action in Vietnam. More recently, Jacques Chirac was one of the most vocal opponents of the Iraq war – maybe rightly as it turns out. President Macron only recently declared NATO as ‘brain-dead’ even as he now invokes America’s NATO obligations in his anger.

It is hard to escape the conclusion that all these episodes as well as many other actions and political rhetoric over the decades have not established France as reliable partner in US diplomatic circles.

As always, the Aukus deal has been an imperfect process. On one level, it is a useful statement on intent in the Indo-Pacific. Maybe the start of a broader alliance that brings in others to show solidarity and deter Chinese expansionism. On the other hand, the rift with France is unfortunate. It may have been unavoidable but that does not make it desirable in a world where Western collaboration is increasingly essential.

We can only hope that the acrimony will pass. After all, this is not a humiliation on the scale of Suez. And that passed also.