We are in a state of denial. This is why. 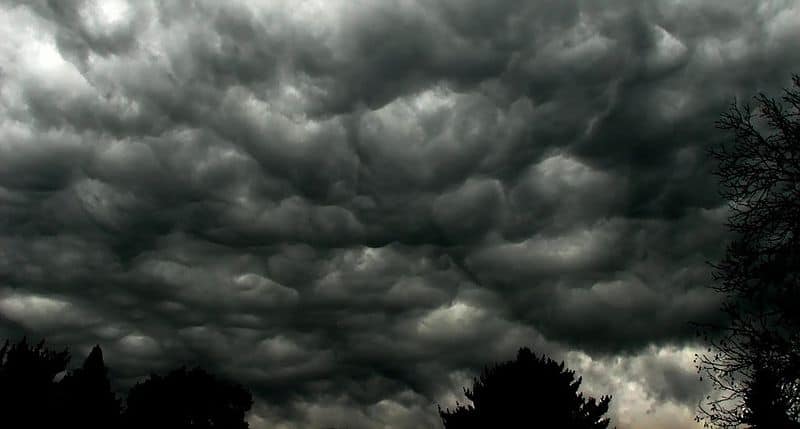 “We’re all drowning, but don’t say it out loud.”
Marty Rubin

The UK and further afield are in denial – about everything which effects our lives, now and in the future.

Politicians, bureaucrats, industrialists, financiers, NGO employees, teachers and everyone in jobs and paid retirement they see to be safe, have a vested interest in things remaining unchanged.

The list of individual denials is wide-ranging.   Together they add up, to an extraordinary and difficult to grasp, change.  In the cultural, economic, environmental and physical nature of our future being. Here is a short list.

DENIAL #1: That the economy is energy based

Tim Morgan’s blog is the best introduction to this. The crucial outcome from this fact is that our present life-style is unsustainable. Joe Mann, consultant in manufacturing decline, has also published an excellent piece by Eric Horne on this subject, in his blog.

He points out that “economists around the world have got it all wrong by focusing on money as the key driver of economies.” …. “money is the language rather than the substance of the real economy. The real economy is a surplus energy equation, not a monetary one, and economic growth as well as the increase in population since 1750 has resulted from the harnessing of ever-greater quantities of energy.”

DENIAL #2:  That artificial Intelligence (AI) must be controlled otherwise it could be catastrophic for the human race.

Professor Stuarts Russell’s book Human Compatible: Artificial Intelligence and the Problem of Control which The Guardian says is “The most important book on AI this year” poses the prospect that AI research, in its current form could be catastrophic for the human race.

A piece in Computer World asks: “Will AI drive the human race off a cliff?”

Naturally, this is denied by those involved in AI research, with an obvious vested interest in their work, rather than where it is leading.

DENIAL #3:  That electric vehicles (EVs) are not the answer

As Tim Morgan has pointed out, “EVs are a form of denial over the really pressing need, which is to readdress and redesign patterns of travel and habitation that are being rendered unsustainable by energy pressures.”

Cars, of any kind, have created a way of life which is socially divisive (when did you last stop to talk to someone in another car?).  Cars use energy wastefully (to build roads, manufacture cars and make electricity to power them).  They encourage a sedentary lifestyle, which damages our health and, with traffic accidents, impose costs on the NHS.

Hans-Werner Sinn, Professor of Economics at the University of Munich, makes the point that “EVs also emit substantial amounts of CO2, the only difference being that the exhaust is released at a remove – that is, at the power plant. As long as coal- or gas-fired power plants are needed to ensure energy supply during the “dark doldrums” when the wind is not blowing and the sun is not shining, EVs, like ICE vehicles, run partly on hydrocarbons. And even when they are charged with solar- or wind-generated energy, enormous amounts of fossil fuels are used to produce EV batteries in China and elsewhere, offsetting the supposed emissions reduction.”

The scale of the transition from combustion to electricity-powered transport is huge. Average household electricity demand could double once EV charging is included, and this will place extra strain on both the grid and energy bills.

It seems to be generally assumed, incorrectly, that a carbon-neutral future is possible, as a result of which global warming will be stopped.  The reality, as pointed out by Prof James Lovelock in his latest book Novacene: The Coming Age of Hyperintelligence, is that we must now plan for the unavoidable outcomes of climate change.

It is physically impossible to replace all primary fossil fuel energy on a business-as-usual scale with renewables.  What this means is that we have to look at downsizing, degrowth, using less.

DENIAL #5:  That economic growth is no longer possible

Open Democracy, an independent global media platform has pointed out that “De-growth is the only way forward.”  We must plan for and get used to doing less. We don’t need growth to reach a good life for all. What we do need is a genuinely democratic and radical transformation of our economy.

DENIAL #6:  That prosperity is declining

More energy is required to produce useful energy than the energy that is produced.   The net effect, as pointed out by Tim Morgan,  is that prosperity is declining and will continue to do so. The public knows that this is happening, as evidenced by the unrest in European countries.  The establishment seems to be unaware of this and behaves as though it is not happening.

The government fails to adopt policies appropriate to falling prosperity, and persist with policies which are either counterproductive or irrelevant.

The inheritance tax rules encourage farmers to create “land banks”.  Thus reducing access to small areas of land for start-up small-holdings and farms.  Innovations which could produce food locally, that large farms would not find to be financially viable – rules which discourage farmers from developing their land for environmental gain.

Government policy is to promote transport projects which contribute to economic growth.  This is contrary to policies to constrain climate change.

National and local policies are all geared to promoting the “efficient” movement of goods and people – efficiency as measured by cost-benefit calculation. This requires the capacities of all kinds of transport systems to be increased.  With consequent additional infrastructure and associated energy requirements.

DENIAL #9:  That the dynamic nature of physical development processes can have unwanted consequences

The dynamic relationships between all kind of development processes is not recognised.  Many of the links are dismissed as conjectural because they cannot be quantified, not least because they may be related to the future.  The following are some examples.

The introduction of a high-speed train connections invariably results in the closure of slightly slower, but much more affordable, alternative routes.  Forcing passengers to use the new and more expensive product, or abandon the train altogether. As a result, business people switch from full-service planes to high speed trains, while the majority of Europeans are pushed into cars, coaches and low-cost air services.

It has been pointed out that in less than 10 years, Spain has built the most extensive high speed rail network in Europe. Today, the country is virtually broke and can hardly afford to keep its trains running.

DENIAL #11: The blindness of the establishment of the emerging “big picture” of change

Ignorance and vested interests are rendering the establishment incapable of effective responses. Blind to what’s really happening to the economy, they have chosen to believe what they want to believe.  That “business as usual” will prevail.

DENIAL #12: That the public are bewildered

The establishment deny that ‘ordinary’ people are bewildered by much of the above, but know that their prosperity is deteriorating.  Maybe they blame it on self-serving elites indifferent to their plight. Public unrest is rising, and feeds, in part, into the anger that helps fuel Extinction Rebellion (XR).  This is not admitted by the establishment.

DENIAL #13:  There is no such thing as “business as usual”

The World Economic Form has pointed out that “If we are to address our climate crisis, all companies need to reach beyond their own “business as usual”. And Governments have to think beyond a “my term in office” mentality, separating climate change from political tensions.”

DENIAL #14:  That a process of change is taking place, globally

So much is denied.  What is going on?  Is denial a characteristic of the end of an era?  Is a paradigm change taking place?  Albeit not recognised or admitted. We are now in a “Change Culture”. The “big picture” as outlined by Richard Heinberg is well worth reading.

It seems that, without realising it, we are waiting for a crisis.  It is said that: “When that crisis occurs, the actions that are taken depend on the ideas that are lying around.”

Maybe a basic function of this think-tank should be to develop alternatives to existing policies.  To keep them alive and available, until what is now politically denied becomes politically inevitable.