Which way will the Left jump – for diversity or central control? 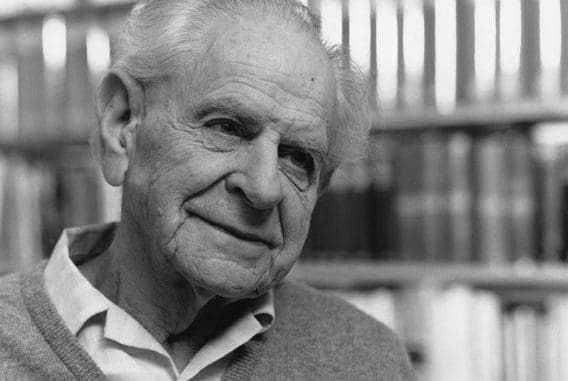 Maybe a decade and a half ago, I was a member of a committee set up by the Lib Dems to report on the party’s philosophy. It was chaired by Berwick MP Alan Beith and included no less a personage than Ralf Dahrendorf. It’s report was called It’s About Freedom. I seem to remember that the title was my idea.

We all suggested the names of modern thinkers who built the modern foundations of Liberalism. I had rather less confidence than I do now so I did not press my suggestion, which fell by the wayside, of the philosopher Karl Popper and his open society – and the idea that only a society where it is possible to challenge authority from below can learn as it needs to.

Popper’s political ideas emerged from his philosophy of science and were enshrined in his 1945 magnum opus, The Open Society and its Enemies. It is the most important justification of modern Liberalism, and also an explanation of why the totalitarians lost the Second World War and the Cold War. Because of that all-important challenge from below.

And all around me, the possibility of challenge from below is under threat. The Right never liked being challenged by the front line, but it is also under threat from the Left.

There are some obvious examples of both, whether it is the unpleasant implications of gathering the names of academics teaching about Europe, or – also in universities – the banning of some feminists who don’t toe the current line on a range of issues.

But what are we to make of the two examples, both published yesterday, of Labour councils that have signed away the rights to protest by people affected – on the issues of the mass felling of much-loved trees in Sheffield or the massive new Lendlease regeneration programme in Haringey.

In both cases, the programmes are promoted by apparently enlightened council leaders who had been much respected on the issues of inclusive growth. In both cases, also, they find themselves trapped by corporate contracts that lock them into a certain set of actions, for reasons we are not allowed to know. They are unwittingly promoting a kind of capitalism in the style of President Xi, centralised, secretive and thoroughly bad.

They also fly in the face of Popper’s open society. All the defensive leadership of Haringey and Sheffield are likely to learn is not to sign those PFI contracts again – yet they knew what they were signing.

Where is the dividing line between the all corporate Left and the Left that believes in diversity for its own sake – including diversity of opinion. Is it between New Labour and the Corbyn leadership? Or is it, more likely, a line drawn unseen within Momentum, between the old left and the new activists? Between Corbyn himself and his enthusiastic supporters?

And perhaps more urgently, why don’t we hear these issues hammered out inside the Labour Party? Because Chinese capitalism seems to me the very antithesis of Popper’s open society. It is also on the march, not just in China but also here. Tolerance and diversity work; they also need defending.