Was Boris the victim of a Treasury-inspired coup? 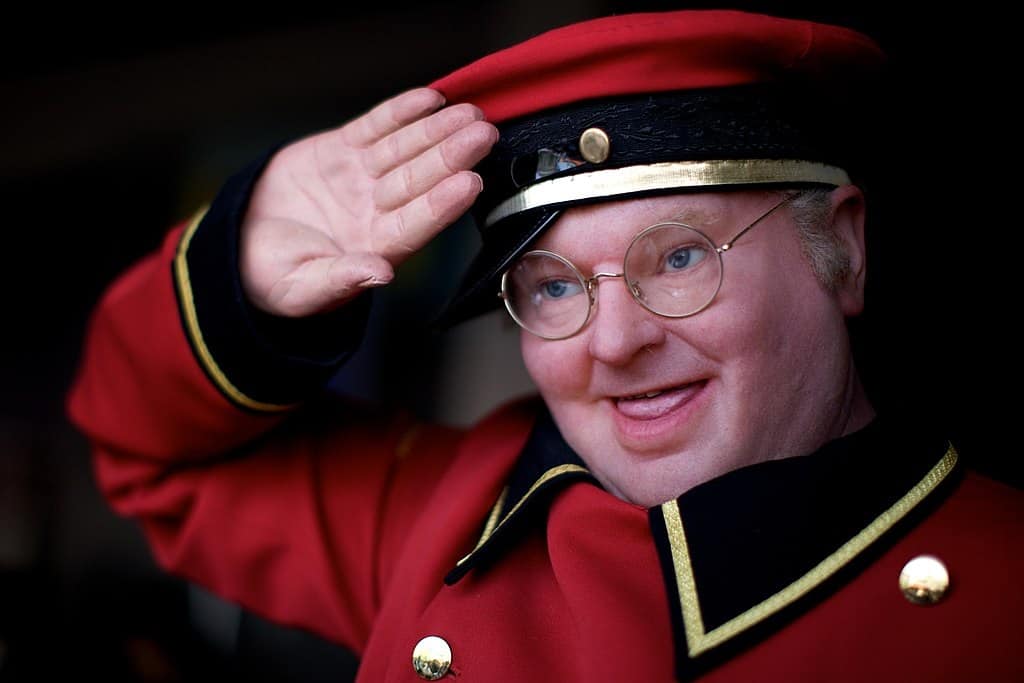 The peculiar Englishness of the business about the resignation of Boris Johnson was brought home to me by the following plea in the newsletter of the American scourge of narrow-mindedness everywhere, Bari Weiss.

She said that, when it came to it, she didn’t quite understand all the nuances. “If we have a reader who understands British politics, please leave us an explainer in the comments,” she wrote. “Like, for example, can someone explain this?”

She then quoted a tweet which in turn quoted Hugh Grant…

“Hugh Grant tweeted a request at activists protesting outside Westminster to play the Benny Hill theme on their loudspeakers; when they did it became the soundtrack for street interviews with leading Tories trying explain the situation to the British people.”

It seemed very obvious to me – until I tried to put it into words. You see, Bari … um…

Benny Hill was a British comedy actor, whose Thames TV show used to come on weekly after the News at Ten. It always ended with a wild, silent film-style, Chaplin-esque chase to the tune of ‘Yakety Sax’, by the Nashville musician Boots Randolph.

This accompanied the speeded up antics of Benny Hill as he variously runs away from or chases – mainly women or nurses. Sex was involved, in theory at least: they never caught each other. It probably wouldn’t be commissioned today.

My main memory is of Benny Hill in a speeded-up film chasing a scantily clad woman through the countryside – with arms outstretched and fingers scrabbling.

The truth is that there is something of the current government in it – as Hugh Grant cleverly recognised – any scene you can think of would be rendered ridiculous by being speeded up and having Yakety Sax put in over the top. The more pompous it is, the better. It’ s bi t like whistling the Laurel and Hardy theme song at policemen on parade.

Nor is it just about expensive incompetence either. I think we can all see Boris chasing buxom, scantily-clad females on a speeded up film, arms outstretched in front, just as four decades ago or more since we used to watch Benny Hill do it.

Or have I overlooked some element here that I should have explained? I think we should be told…

But the real question is what was really happening in Downing Street last week?

This is important because the answer should go to the heart of what is about to happen to us all – and, although he has denied it, it looked awfully like Chancellor Rishi Sunak and Health Secretary Sajid Javid had collaborated with each other in a concerted attempt to force out Boris Johnson.

But what was so special about that moment? Why did Rishi have to go then, immediately before the long-awaited press conference planned for months by Sunak with Boris Johnson to announce a joint approach.

It was known that the two men had been at loggerheads about the message. Johnson wanted tax cuts and greater spending in the levelling up agenda; Sunak did not believe we could afford them.

For me, the whole affair looked like a coup orchestrated at the Treasury.

I remember a friend of mine confiding in me, after his first couple of weeks as a coalition spad in 2010, that he had realised that the real enemies were not either Tory or Labour – the real enemy was the Treasury.

That is not to say that I think we can afford the tax cuts the twelve – what should we call them? Apostles? Days of Christmas; better anyway than the ‘seven dwarfs’, as the American media characterised one Democrat line-up of would-be presidents – seem so keen to give us (except for Sunak, of course).

The truth is that the days of the famous Laffer curve – the line graph drawn on a paper napkin in a Washington restaurant by the Conservative economist Arthur Laffer – have now pretty much disappeared.

He was discussing proposed tax increases by Gerald Ford in 1974, but we don’t have nearly such high rates of tax as they did in those days. On either side of the Atlantic.

So what should a radical centrist do in these circumstances? Who should they support? Should they support one of twelve – or perhaps call for some other method of choosing prime ministers than asking 200,000 elderly types to decide for us?

Or should they maybe – like an older lady I overheard on the station platform when the news came through about the Johnson resignation – say: “Well, that is a pity. I really liked him!

Because, for all his faults, Boris was not in any sense a technocrat – and he seems likely to be replaced by one, or even worse, one still so backward that they still believe in the Treasury model of centralisation and trickle down.

But we are a think tank, and it is worrying how few of the candidates appear to be thinkers. If I was a member of the Conservative Party (which I’m not), I would be hoping that Michael Gove would enter the fray.

I realise this would not be a popular in most quarters, inside or outside the party. Gove seems to be one of the few genuinely competent people in the cabinet, capable not just of envisaging and articulating a future that works – but understanding the system well enough to push it through.

Still, maybe his final bruising encounter with the man who is still prime minister 9he was sacked) has taken the wind out of his sails.

Failing him, what do we do? Another thinking Conservative minister is George Freeman, the founder of the Big Tent – which we at Radix merged with last year – and he is one of those managing Penny Mordaunt’s campaign. So maybe she’s the one.

The question is – can you imagine anyone filming her to the tune of Benny Hill? Her campaign video is bound to raise a few eyebrows in non-Conservative circles.

It would also probably look good speeded up to the tune of Yakety Sax.