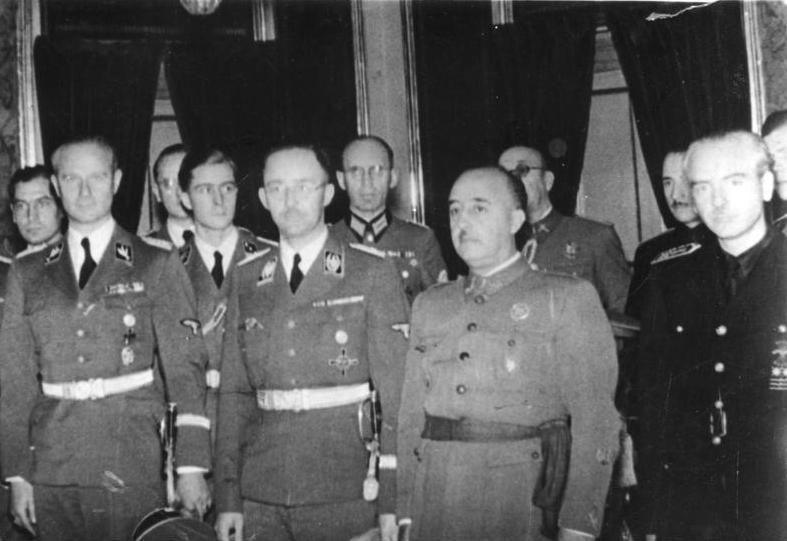 What, you may wonder, do Spain’s Vox and Germany’s AfD have in common?

One is a German nationalist-ethnic party scoring about 15 per cent in the popular polls, and mostly with its popular base in the former East German Democratic Republic, where increasingly deserted, ageing villages and cities not at the economic level of their western counterparts predominate. The other is the legitimate successor to the Falangists, an openly neo-Fascist party, some of whose supporters still give a fascist salute at gatherings or when commemorating Franco, their beloved ex-dictator.

AfD and Vox fight for different things: the one opposing the supposed Islamisation of Germany, and the need to “correct” German historical misunderstanding about its unedifying past; the other ride high on their adamant opposition to the possible secession of Catalunya and preservation of the Spanish union and Spanish culture.

But both are anti-immigrant, essentially xeonophobic and draw their support from the “left behind”, mostly older people on meagre pensions or struggling to make ends meet, in mid-size towns and villages far from political centres, and an angry youth, struggling to find work meaningful work in their localities (a situation far worse in Spain of course).

What they have in common of course is that all this is someone else’s fault. The remote liberal elite. The immigrants. The Muslims. The leftists. The left-behind have been left behind by someone or something, and it isn’t their fault. And no-one much seems to care about them.

What AfD and Vox also have in common is ignorance, and how historical ignorance breeds acceptance of the unacceptable. In East Germany, the horrors of fascism were quickly papered over with a new communist paradise, where all Nazis had been banished to the West, and all citizens embraced their dialectic destiny.

There was no deep historical reckoning with the past, as in the West, no student protests against ex-Nazis who had re-emerged in positions of authority, no movement of ’68 or indeed anything much until 1989 – two generations who were not taught the ugliness and brutality of the far-right.

It is worse in Spain, where the Pact of Forgetting, which all parts of the political spectrum agreed in the late ‘70s, made it exceptionally difficult to discuss the period of ‘39-’75, with its manifest horrors, violence and suppression, let alone come to a proper historical analysis and perspective.

To many, Franco remains a heroic leader who reunited a fragmented country, and his successors the saviours of a Spain still struggling to recover from the collapse of neo-liberalism and a decade of austerity.

Do they share notes? I am sure they do, as they will informally with the Front National of Le Pen, the Liga Nord of Savini. They represent a similar illiberal, nostalgic political philosophy. Both silently acknowledge the value of physical and online intimidation of opponents, which is proving increasingly effective.

There was a time we feared the totalitarian communists of the East. Now it is the populist, often violent far-right in the West who should cause us greatest concern. They have an acknowledged philosophical leader who is also, supposedly, the leader of the Western world. They are now the greatest threat to liberal democracy.

Once the political forefathers of the AfD sent technicians, pilots and military experts to help the forefathers of Vox win a bloody civil war. They may have different banners and insignias now, but they continue to have very much in common.