Ukraine: when you ‘co-produce’ defence… 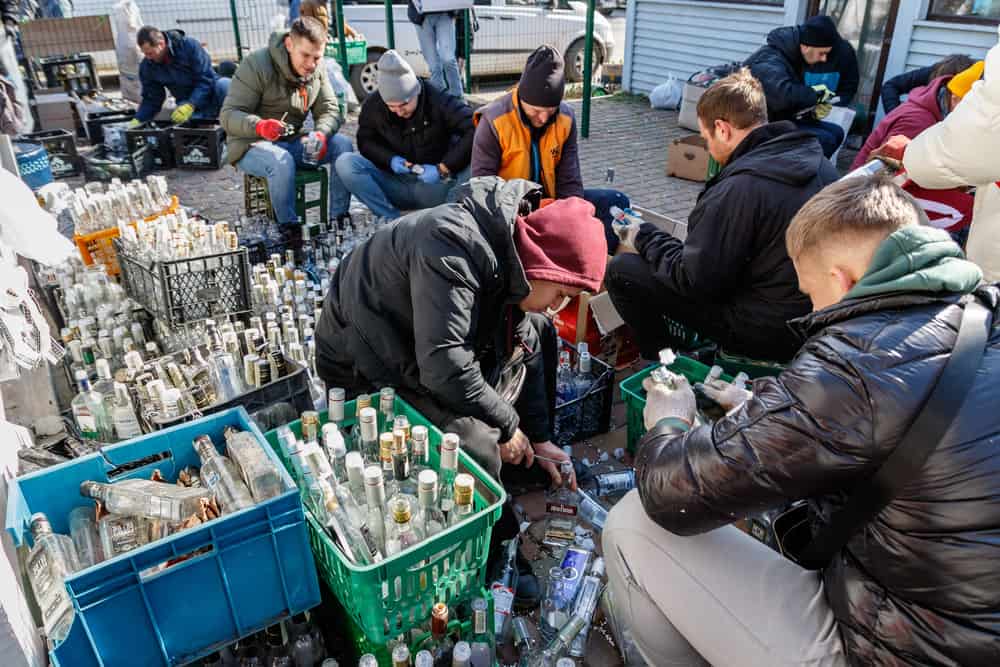 It is now a staggering three decades ago – half my lifetime – since I went to the city they are now calling Kharkiv, but which in those days we called Kharkov, in Ukraine.

I was going with a Russian film crew to meet up with Richard Denton, the British documentary film-maker. I had been working in a film called ‘Alec the Pole’, with the help of the brilliant Sandra Singer of the Red Cross and some Ukrainian tracers from Canada, to track down the family of Alec Kravchenko – who had only recently told his daughter that the family wasn’t Polish at all, they were Ukrainian.

As it turned out, Alec had grown up through the terrible famine in the 1930s – deliberately created by Stalin to force the small farmers into collective farms. Then he had spent his teenage years struggling as the war washed backwards and forwards over them. When the Soviets were in charge of the Kharkov area, his brother joined the Red Army; but Alec joined the Germans when they were conquering (a unit called Ostwach 555, which went straight to Italy, where he swapped sides and found himself in the Polish army).

He took the surname ‘Kravczynski’ and was known as Alec the Pole by friends and neighbours alike, living near Forres for the next four decades.

This probably saved his life, since captured Ukrainians were send back to the tender mercies of Stalin, after an agreement made at Yalta.

It was hardly surprising that extreme care and deep fear was the main feature of the few Ukrainians I met in those days – they had needed to learn to be.

They were also grief stricken and highly emotional. All Alec’s long-lost sisters we interviewed broke down rather than speak of the past – often just as we switched the camera on. To my great surprise, the same was also true of the next generation – those born after the war ended.

The other sense was that, although this was right at the end of the Soviet period – and the shops were empty and dismal – with its black soil and villages with domed churches at their heart, it felt European.

Yet despite the fear 30 years ago, contemporary Ukrainians and their heroic prime minister Vollodymyr Zelensky appeared to have recovered in an extraordinary way.

Although so many of the invaded nations of western Europe generated their own resistance movements, with the help of the BBC (see my book V or Victory) in 1940-2, probably only the British and Finns faced potential invasion in this way. Churchill even wanted a poster with the slogan “You can always take one with you!”

I have been writing about co-production, when some of the functions of the state are shared out with ordinary beneficiaries, but I had not expected to see it in a war zone. Even so, I can’t think of any other way of categorising their new citizen army making their molotov cocktails (the term was coined by Finns fighting invading Russians in 1940).

I fear this period won’t last. I don’t think co-produced resistance can survive drone strikes and worse. I don’t believe that Wordsworth could have written that “bliss was in that dawn to be alive” in Paris if the ancien regime had been prepared to bombard the revolutionaries. Certainly he could not have said that “to be young was very heaven…”

We shall see. Unfortunately both Elinor Ostrom who coined the ‘co-production’, and Edgar Cahn who developed it, have both gone on to higher things. So there are few of us around interested in what it means – and what happens – when an army co-produces the defence of a nation.

In the long run, it clearly makes a difference to those taking part, and it gives them a real stake in the future – which is also how the same phenomenon works in the NHS and schools, for example. It is just how we get from here to there that worries me…