Trump and Xi will agree at Europe’s expense 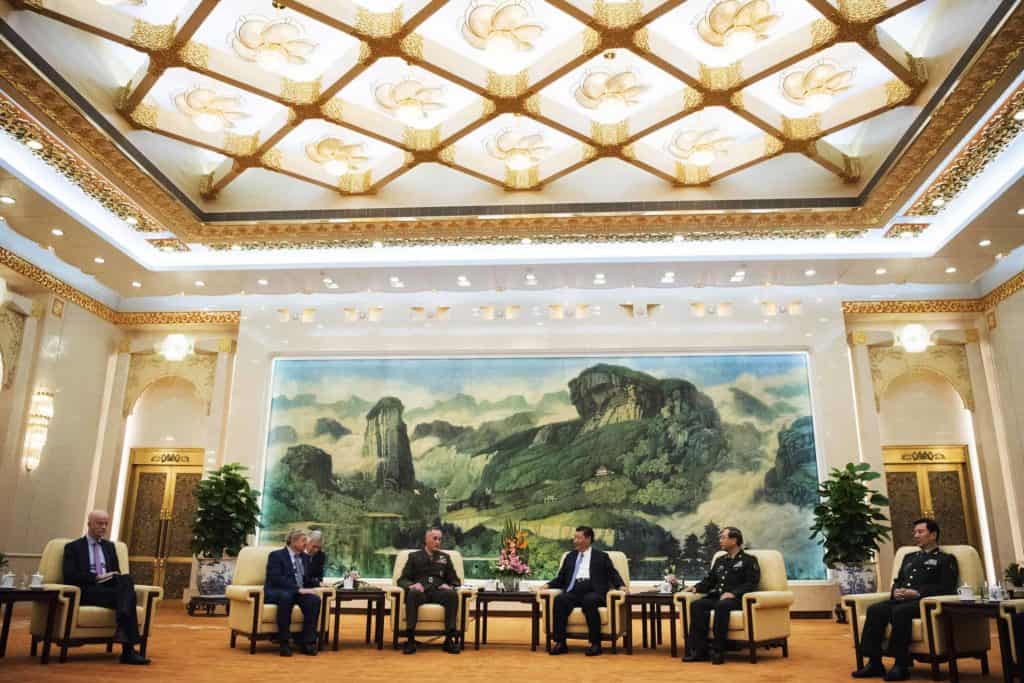 In Aix-la-Chapelle, the capital of the Western Empire of Charlemagne – precursor, twelve centuries ago, of the European Union – the leaders of France and Germany held a historic summit on Tuesday.

Emmanuel Macron and Angela Merkel wish to renew and broaden the Elysée Treaty signed 55 years ago. Charles de Gaulle and Konrad Adenauer had solemnly sealed Franco-German reconciliation, after three wars in three quarters of a century.

Today, it is a question of casting in stone the convergence sought by the two largest nations of continental Europe, of their economic, social and international strategies. France has an interest in this partnership if it still wishes to have weight in negotiations with the Chinese and American behemoths.

It has now become a matter of urgency for Paris and Berlin to prepare a common strategic response to the trade deals that Washington and Beijing are preparing, which will be forced onto the European Union.

The EU, so respected at the end of the last century for its legal corpus, has not ceased, for the last ten years, to decline in influence in world affairs. The two supergiants only see it as an adjustment variable in their strategic face-to-face.

Presidents Donald Trump and Xi Jinping personally have too much interest in agreeing to let the trade dispute between their two countries extend beyond March 1. This is the deadline they set for themselves when they last met on the sidelines of the G-20 in Argentina, to find a solution to their trade disputes, and to put an end to their race towards ever higher reciprocal customs duties.

Trump has already started his re-election campaign. This man, who likes simple speeches, wants to be able, during the summer and autumn of 2020, to say three things, and only three, to his electorate, whose sophistication is equal to his: thanks to me the American economy never did so well; thanks to me, one can no longer just wander into American territory; thanks to me, America has had great diplomatic successes.

Xi Jinping has realised that he could help Trump on the first and third points. He will do so because he plays to his position as the irremovable Emperor of China in the pursuit of economic growth in his country – which is the only thing that can persuade the Chinese people to accept the Communist Party yoke.

But Xi knows perfectly well that, until Trump announces that he will not apply punitive tariffs to Chinese products, the confidence of international investors and Chinese consumers will not return. China’s growth figures for the fourth quarter of 2018 have just been released. They have never been so weak since the global crisis of autumn 2008.

On January 30 and 31, Liu He, the special representative of President Xi for trade negotiations with America, will be in Washington. He will carry a plan for massive increase of Chinese imports of US products, likely to yield trade equilibrium between the two powers by 2024.

American negotiators will thank him for this effort, but will ask him for a second one. America does not just blame the Chinese for maintaining a trade imbalance. It also accuses them of a systematic theft of American intellectual property, either by espionage or by blackmail against American companies wishing to access the Chinese market (“we will open our market to you if you accept transferring your technology”).

Negotiator Liu He may well deny any Chinese technology theft committed since the country acceded to the WTO (2001), but he will have to give in and offer a compromise, just as Xi Jinping had done with regard to cyber-state espionage at the Californian summit with Barack Obama in June 2013.

The EU will not benefit from this Sino-US deal, which will be done outside any multilateral framework. Trump withdrew from the Auckland Trans-Pacific Treaty which had created a common instrument powerful enough to impose new rules on China from the outside.

The Chinese will spare the Americans for a while, but will continue to plunder the intellectual property of the Europeans.

Wedged between a China that has already bought several small EU countries and an America that openly racketeers their flagship Airbus, France and Germany will have to work hard together, after Aachen, to find a way out strategic trap.