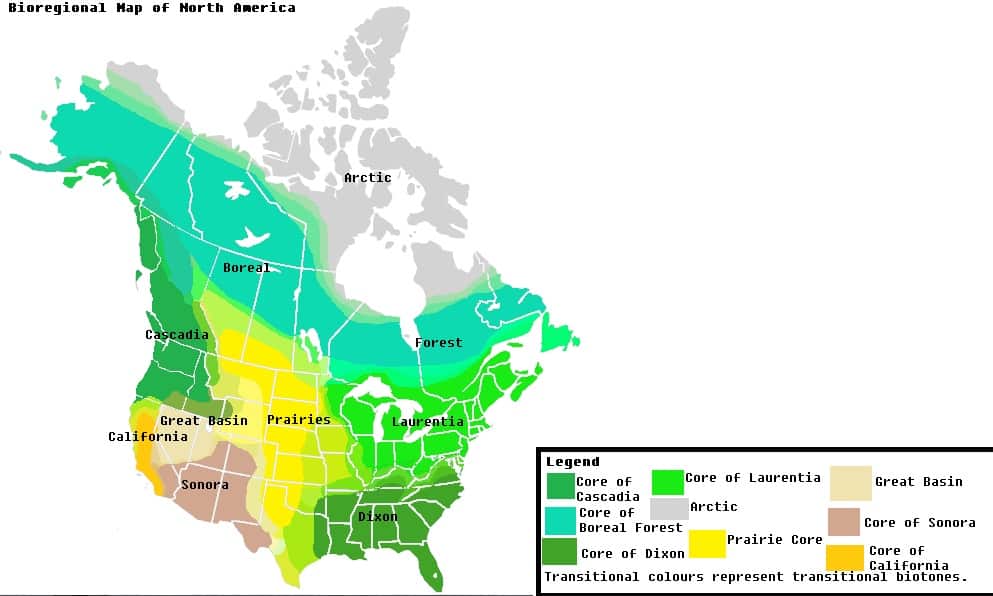 When I awoke this morning, I had never heard the astonishing and exciting news that there was a North American Bioregional Atlas Working Group.

As I sipped my tea, I opened my email to see what was there to be seen, and there it was – an email letter from Brandon Letsinger which explained not only that this Working Group exists, but I’ve been appointed to its membership! What a morning!

I didn’t even apply for membership. (How could I apply for something I didn’t know exists?) And Brandon full well knows I could, in theory, refuse. So I suppose he just has this kind of a sense of humour. I like it! Brandon probably knew I’d jump up and click my heels in joy knowing that such a thing exists and that I get to participate in its unfolding process.

I learned about bioregionalism decades ago, and have read books and articles and watched films about it. And it always made perfect heart-sense to me. It’s just the way I’m wired, and have been since I was a kid.

I figure I belong to the place where I live, and not the other way around, and that place is not an aside, but is at the very heart of what it means to be human — and to be an animal. But few people around me have even heard of bioregionalism, and fewer still could accurately define what it is.

So I go through my life living inside of a bioregional ethos and heart-space knowing full well that the culture around me (in my life-place) doesn’t see it as I do — and probably cannot even imagine what that would be.

At the moment I feel much as I did when, as a young child, Santa Claus had come down the chimney in the night to put magical toys (and even a bicycle!) under a brightly lit, colorful tree — just for me!

For decades, there has been a lacuna in my heart, a space of openness and longing for just such a thing as a North American Bioregional Atlas. But I don’t even think I’ve ever mentioned this vacuum before, this gnawing absence and void.

I’m not sure many would have understood the sadness and grief attached to this absence, or the longing of fulfillment. How could they, if they don’t even know what the bioregionalist vision and ethos is? And you cannot tell anyone what it is in just a few words. And neither can anyone explain what bioregional maps and mapping are in a few words.

For these are expressions of an ethos which is a culture — but it is not a mainstream culture. It’s a counter-culture. That is, it opposes and seeks to replace the dominant culture, which is a dominator culture: a culture which has long had a dominator relationship with the natural word, of which we as a species are a part – and not at its centre).

The purpose of a bioregional map drawn by bioregionalists is to seek to embody the ethos of the bioregionalist culture in form: in this case, the form of an atlas of North America (Turtle Island). Such an atlas would shimmer brightly like a christmas tree! It would be a soothing balm to a wound in all of our hearts — we bioregionalists.

Because it would signal that we’ve finally made it, that we’ve become a mature bioregional movement from sea to shining sea, from bottom to top and all places in between.

So the creation of a North American Bioregional Atlas would literally put the covers between the pages of place-based, ecological culture here in North America. It would round it all out, making it finally whole.

Please understand, a bioregionalist map cannot be made by any other people than bioregionalist people who map their own land and territory from within — never from without. Never from the outside.

How students can make a big difference while they study