To avoid a no-deal Brexit, is it time for PM Caroline Lucas? 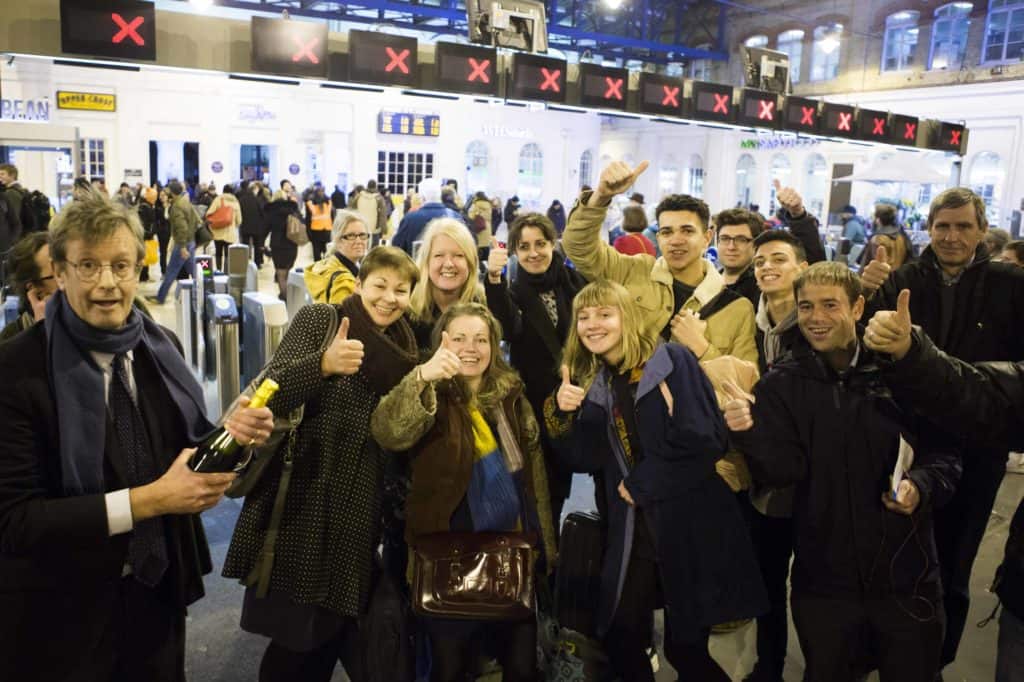 Sherlock Holmes said: “When you have eliminated all which is impossible, then whatever remains, however improbable, must be the truth.”

It’s a mug’s game to predict what’s going to happen in British politics. However, one very likely scenario is that some Remainer Tory MPs will either defect to the Lib Dems or resign from their party or vote for a no confidence motion against the government, in order to stop no-deal Brexit. As the government now has a working majority of one, it won’t take many of them to bring it down.

Except this won’t stop a no deal Brexit either – Dominic Cummings has said that the government will call an election after the Brexit deadline of 31 October.

The best way to stop this would be for someone else to form a national-unity government, request an extension from the EU and then set the date for the election before the new deadline.

Except there is no unity – so no one can form a government. The SNP, Lib Dems and other waifs and strays, especially former Tories and Labour defectors,  will never serve under Corbyn as PM. They might be willing to have, say, Tom Watson or Keir Starmer, but Labour would not change their leader at the beck and call of other parties.

There is a mutual enmity between SNP and Labour, so Labour would not agree to be led by Nicola Sturgeon or Ian Blackford, and Sturgeon would be far too dangerous for them as she would show up Corbyn about what a genuine left-wing leader looks like.

Labour are running a campaign against Jo Swinson, saying she is basically a Tory and is responsible for austerity, so could not back her on ideological grounds and would open them to accusations of hypocrisy. Plus the Lib Dems are chipping at the heals of Labour, and a PM Swinson – even for a short time – would plant dangerous thoughts in the electorate’s minds.

The Ex-Tory Change MPs or independents are obviously a no-no, as are the Labour defectors.

Which leaves – Caroline Lucas. Ideologically, all the parties could back her – all the parties try to out-do each other on greenness, so serving under the first ever Green-led government could actually be a positive. In fact, in its short time in power, it could probably enact strong environmental legislation –  the only reason not to would be the other parties would like all the credit for themselves.

Although giving Caroline Lucas a lot of limelight would likely boost the Green Party’s voter appeal, they only have one seat so they won’t be perceived as a threat. And, to my knowledge, she is generally well liked. She is not a divisive figure, so there is unlikely to be any personal enmity between her and the other party leaders.

In terms of negotiating with the EU, Lucas has unblemished pro-EU credentials, and, unlike the Conservatives, actually has allies in Europe – the Greens are the third largest voting bloc in the EU, and are strong in Germany, France and the Scandi countries – so the big European country leaders will not want to irritate their voters. This makes it much more likely that the EU will be positive towards her.

But there is more of a risk to this strategy for the other parties. The FT used to run the line that David Cameron was our worst ever PM (because of the Brexit vote). There is no doubt that May was much worse than Cameron, and that, in his shot tenure, Boris could be even worse. Before Cameron we had the very short and pathetic reign of Gordon Brown the highlight of which was the financial crisis. And before that we had the widely reviled Tony Blair, who brought us the Iraq war.

In her short time in power, and with zero expectations, it would be almost impossible for Caroline Lucas not to perform many times better than that lot. In fact, watching her dealing with foreign leaders – making reasonable and dignified requests of friends which they will be only too pleased to grant, will be in stark contrast with the embarassment of being British and watching May’s pathetic posturing before the inevitable cave in. The Greens’ vote could be boosted by 10 per cent, putting the into the mid to high teens and making the next election a five-way race.

Now, that would be interesting.