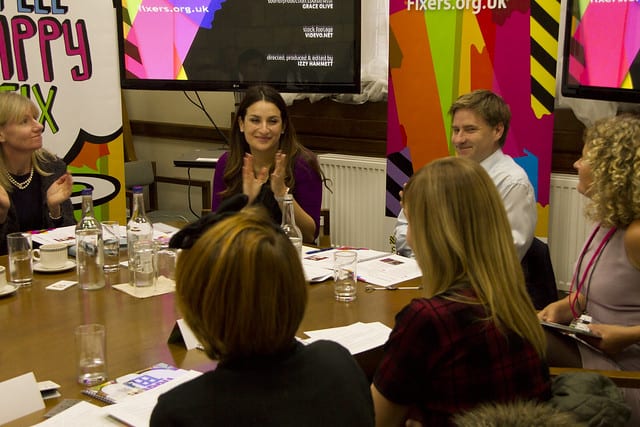 Luciana Berger MP’s decision to join the Liberal Democrats has the potential to change everything.  And I am not just talking about the fortunes of one political party.

For years, the Lib Dems struggled to handle the abject and increasingly bizarre comments of Jenny Tonge and David Ward, the erstwhile MP for Bradford East. Support for the Palestinian cause lapsed all too quickly into antisemitism. And yet, even at the height of these troubles, few seriously argued that these fringe figures represented the party as a whole.

Contrast that with the Labour Party under Jeremy Corbyn: the fish rots from the head.

As Luciana sadly came to realise, antisemitism was endemic within those now leading her party and it could no longer be her home.  She was not alone.

Jewish voters appeared to be boxed in.  In 2017, around three-quarters clearly felt they had no choice but to vote Conservative by Labour institutional antisemitism and the Lib Dems lack of progress.

And yet surely this was a temporary aberration. While our community’s commitment to self-improvement and enterprise, led some to conclude that the Conservative party (at least under May) best represented their values, others see Jewish values best represented in the committed to education, social justice, community-building, internationalism and two-state solution of the left and centre left.

Those – such as Luciana – from this proud left tradition, who probably comprise roughly half our community, were left political homeless by the Corbynista takeover.  A handful soldiered on but the vast majority was left without a political vehicle by which to promote their own best interpretation of Jewish social and religious values.

Meanwhile, starting with the election of my former boss, Tim Farron, as party Leader in 2015, the Liberal Democrats moved increasingly to offer an alternative to Jews of the centre left.

Layla Moran, a Lib Dem MP of Palestinian heritage, demonstrated in the words of Jewish Chronicle political editor Marcus Dysch, “how to campaign for the rights of Palestinians without sinking into anti-Israel, anti-Zionist or antisemitic rhetoric, going on to describe her as “rare, and pretty classy”.  And now in Jo Swinson, Luciana Berger and the community as a whole has a true friend.

The political debate has also moved on.  The societal divisions laid bare by Brexit have become ever more entrenched, unleashing a wave of intolerance and authoritarianism.  It is an understatement to describe this as ‘unsettling’ for any minority community.  The disdain for our political traditions and the direct attempts to undermine our Parliamentary sovereignty, the deployment of mass rallies and chanting, and even the adoption of a language of political violence, are all too reminiscent of other times.

In such circumstances it is simply wrong any longer to sit on the sidelines, to say “I lack a political champion.  I’ll wait and see.  I despair.”  There is too much at stake.

Luciana has clearly reached the same conclusion and her decision not only gives permission to other Jews who share her values to make the same move but impels us to follow.  This is not a time to sit on the political sidelines and wait to see how things turn out.  By joining the Liberal Democrats, Luciana has raised her standard for the battle ahead – any Jews on the left of British politics now need to flock to it.

Anti-semitism is often described as the “canary in the mine” for a society in trouble, but the Jewish community can also be a lion.  We have the capacity to lead the fight for a more just, open, inclusive and tolerant society – if we so choose – verbally, financially and practically.

It is time for the Jewish lion to roar.