Three simple ways to save our ‘defined benefit’ pensions 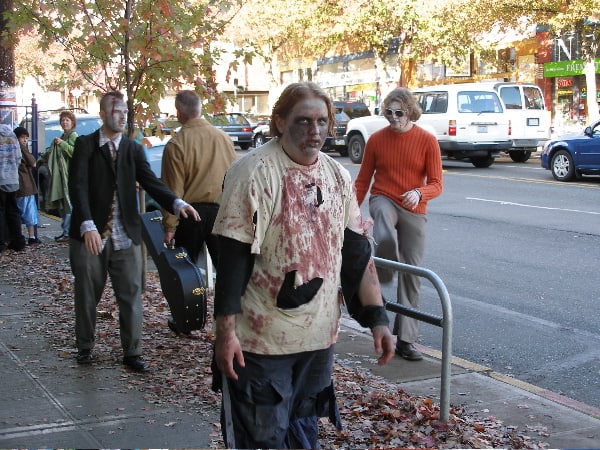 Recently, following the mini-budget, something happened in the defined benefit (DB) pensions sector which caused a massive intervention by the Bank of England.

The DB sector en masse had been investing in something called Liability Driven Investment (LDI) to the tune of £1.5 trillion. These blew up in some way. which caused the Bank’s intervention.

In this article, I will give an ultimate explanation of why this happened, caused by misguided regulation, which has wider implications than just pensions. If you want to get into the weeds, there are good explanations elsewhere.

To give credit where credit is due the government actually want to change the current system to try and encourage pension schemes to invest in productive assets, but their critics argue that this would increase the “riskiness” of pension investment.

In this instance it is the critics who are wrong, and not the government – with the proviso that the devil is in the detail, and this government are not very good on detail.

If I had a defined benefit pension (I don’t!), this means that I would receive a series of payments, increasing with inflation until I die. The pension scheme needs to hold enough assets to pay each of these payments as they fall due – the scheme as a whole is just an aggregate of people of different ages and pension size.

A common-sense investment of those assets would be to invest in a diverse portfolio of real assets – that is, ones that increase with inflation.

What is the risk here? There are two: that the assets don’t keep pace with inflation, but this is pretty unlikely in the long run if the assets are diversified enough. The second risk is if I live much longer than expected, for example if the pension is holding enough money to pay me for 15 years (expecting me to die at 80, say), whereas I actually live to 120 – in which case it will have to pay me 45 annual  payments.

To get round this risk, some smart guy invented LDI – that is the investments I make match up the payments the pension will have to make.

How does this smart strategy match longevity risk? Well actually it doesn’t at all – the risk LDI is removing is interest rate risk. “Whoa!” I hear you say – where is the interest rate rake?

Apologies if I am stating the obvious to my readers.

This seems a fairly common-sense way of measuring liabilities, but it actually causes problems.

The value of a payment is related to the interest rate and how far out it is – pensions payments tend to be a long time in the future, but if you hold an asset which pays out much shorter period, which most assets do, then then interests rate change (say they go down) the value of the pension payments will go up by more than the value of the asset and so the pension has a deficit (a shortfall) and the sponsoring employer will have to pay more money into the pension scheme.

However, if you note in my naïve investment strategy, the interest rates don’t matter – they may go up and down over the lifetime of the pension, but the scheme can still pay my pension as long as the assets go up with inflation.

What LDI version 1 did was to buy an asset which precisely matched the payment stream of the pension – and the only asset that does this is index-linked gilts (ILGs).

The problem with doing this is that ILGs are prohibitively expensive – real interest rates have been around zero for a long time, so pensions basically have to hold all the money they need to pay out.

With LDI the assets and liabilities move in lockstep, the fund remains adequately funding at all times.

The trouble is that, beside the cost, there is a fatal flaw here – which is the longevity risk.

The LDI version strategy cannot ever produce a surplus, therefore if scheme members did start living longer than expected then the scheme would run out of money. On the other hand, my proposed naïve investment strategy would be expected to produce a surplus (if the funding assumptions were fairly cautious), which would mean that it had a chance of paying pensions in this scenario – and having a positive chance is a better bet than having zero chance for a risk you cannot manage.

But the blow up happened with LDI v2 strategies; without going into details basically it buys (safe) ILGs but uses leverage to improve returns.

Leverage means that if your assets goes up, your returns go up by more. Now I am going to make a bold statement here, that – if you are using leverage – this has to involve transferring the risk somewhere, rather than eliminating it,

I can imagine anyone who has had anything to do with finance or investment would agree with this statement. The guy who purportedly invented LDI strategies confirmed this – he wrote in the FT.:

“What happened this week was the gilt market got hit by the equivalent of a category-four hurricane and the LDI system wasn’t built to withstand a weather system of that ferocity.”

The problem here is that pension schemes last for a long time – until the last pensioner is dead which, even for a closed scheme, could be 50 or 60 years – there may be a small chance of a category four storm in any given year, but there will almost certainly be at least one during the lifetime of a pension scheme .

It has also been pointed out that, since pension funds have been adopting this strategy, their funding ratios have improved significantly.

Let me propose another investment strategy: it’s called the martingale strategy. The DB pension fund goes to a casino, it puts a modest bet on black on roulette. If it wins, it pockets the winnings. If it loses it doubles the stake, and keeps on doubling the stake until it wins. This strategy would also improve the DB fund’s funding ratio – for a time, until it goes spectacularly bankrupt.

So what Mr Konotey-Ahulu has inadvertently revealed is that one of the ways that LDIv2 works is by converting small, high probability losses to a low probability but catastrophic failure – exactly what happened.

The other flaw is that whether or not LDI is a good strategy, the trigger event that would cause one  scheme’s LDI to fail causes all schemes to fail at the same time.

In other words, the monoculture of this strategy posed a risk of systemic failure, again exactly what happened.

This may all seem like hindsight, but the leverage causing a long run of good results followed by bankruptcy – essentially a martingale strategy – and the catastrophic systemic risk from monoculture risk strategies happens time and again (bankruptcy of energy companies a couple of months ago).

Another constant is that the central bank or government bails out the system at a cost to the tax-payer, the people who set up or invest suffer no loss, and therefore there is a constant moral hazard which makes the same thing more likely to happen again.

What I therefore propose are three changes, which though they sound modest, would transform the way finance is done.

1. Funds should pay a premium for taking risks, The Bank of England or government are in effect providing a catastrophe insurance. To avoid moral hazard, funds should pay a premium for this. This premium could be penal – in other words, the first £1bn of a risk strategy does not present a systemic risk whereas the £1 trillionth does, so as the product size grows, the marginal user should have to pay prohibitively high insurance costs – this would encourage innovation but deter herding behaviour as each strategy would find an equilibrium adoption level.

2. Trustees should be forced to explain how the risk works. According to my friends Iain Clacher and Con Keating, pension funds “may only use derivatives for efficient portfolio management purposes or for investment risk reduction  purposes”. In other words, the LDIv2 should not have been allowable in this instance. More generally, trustees are supposed to act as prudent persons; I would hazard that most trustees (who are mostly amateurs) do not understand a complex product involving derivatives, for example what the risk is and how much they are being charged for this product.

To my mind a prudent person would not invest in something they do not understand. The regulator should, therefore, require – when presented with a leveraged product – the pension fund itself (that is the trustees) have to explain how the products work, and where the risk is being transferred to, not accepting that risk has been eliminated which is probably impossible.

There are supposedly around 5,000 DB pension schemes in the UK, most of them small, and they are effectively non-viable – they do not have the internal expertise to manage such a complicated pooled investment vehicle, and hence are entirely reliant on advisors. Having this requirement would crystallise this non-viability, forcing them to merge, which I believe is a necessity for the viability of the system as a whole.

3. Change the way pension funds are valued. The final point is the way that pensions are valued. The idea that you do a mark-to-market valuation every year, I do not believe is the best way of ensuring the best outcomes. No alternative to this system is perfect, either, but the regulator (and many practitioners) have a quasi-religious belief in market efficiency which means to that mark-to-market valuations are gospel. We need to actually think about what funding strategy for pensions gives the best outcome and use that.

The dumb and failed investment strategies of our defined benefit system are not simply bad for pension funds and their employers, they are a catastrophe for the country.

Much of the country’s capital is locked up in these zombie schemes. If they were encouraged to invest in productive assets, this could actually reduce the risk of these schemes and the cost to their employers.

A first step would be consolidate them from thousands of feeble small funds into, say ten large funds – as they have in Australia, with great success. Secondly the way they are valued, and measure risk needs to be transformed.