Three little words that point towards a basic income 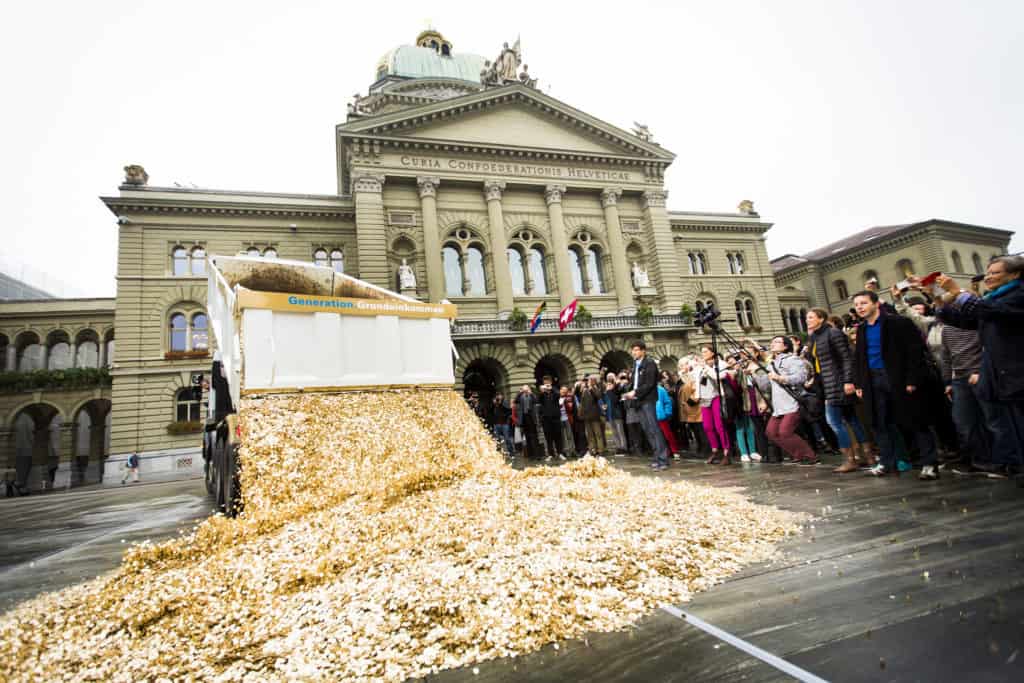 Three little words, as the old song goes, and three little letters too in the acronym, that simply spell MMT. Usually, I find, the one who gargles with this particular concept in any thinktank seminar often regards themselves as being the least of the insiders – or sometimes they are just the geekiest person in the room.

They don’t often explain to us mortals that the three little letters stand for ‘modern monetary theory’. It is hard to explain why an idea that was quite such a unfashionable refuge of cranks and anti-semites only a generation ago, should now be quite so trendy, and to be whispered of in such hushed tones of awe.

What we are talking about here is the idea that most of what we thought about the quantity of money in circulation – where it comes from and what it does – need to be turned upside down.

Why the shift? Probably two books as much as anything else – Michael Rowbotham’s 1998 tome The Grip of Death, and probably the only New Economics Foundation bestseller Where Does Money Come From? published in 2012…

MMT is not written down exactly, nor is it a fixed set of beliefs – but there is a tradition back to Clifford Hugh Douglas who first set out the social credit stall a century ago last year.

What needs to concern us now is the idea that the vast majority of money these days is not issued by the government – it is created with interest attached by the banks in the form of loans, mainly as mortgages. This is important because it explains why, when the property market dips, there is so little money in circulation.

This is why there are so many calls these days for a supply of publicly-created interest-free money. How would you put it in circulation? The social credit tradition used to say that it should be in the form of a basic income to every adult in the nation.

This is suddenly relevant today because of the evident inadequacy of the way we are currently keeping people alive via government hand-outs. It isn’t just the bureaucracy we need to arrange these huge payouts (about 10,000 civil servants, I believe). There is also the basic unfairness – why should those who earn the least get the least money? We also know because of what happened last time, that quantitative easing has a major dividing effect on the classes.

The alternative is that they money is issued by government simply and monthly, say £1,000 a month to every adult, enough to pay the basic bills. It will support care homes for those who live there. It will keep the economy moving whether the money gets spent or banked.

I will leave it to leave it to the experts in MMT to explain the implications for inflation or deflation. The point is that there is no need – as a Treasury civil servant did to a copy of Keynes’ book – to scrawl the word BANKRUPTCY all over this blog.

I suggest that, instead of extending the dodgy and expensive QE programme to support the economy for the next few months, we tentatively experiment with a basic income – just to see how it works.