Theresa May versus Neville Chamberlain, Salzburg versus Munich 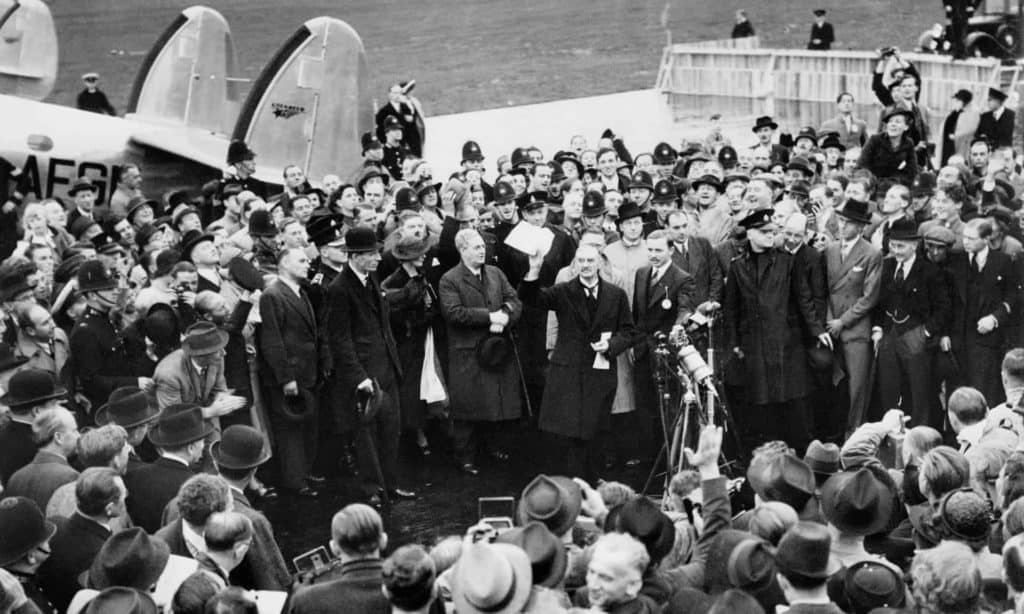 Here’s the main point: this weekend marks the eightieth anniversary of the Munich crisis, the moment when the UK prime minister Neville Chamberlain gave away a chunk of Czechoslovakia to Nazi Germany – with some slightly unwilling help from the French.

As it turns out, by flying to meet Hitler and Mussolini in Munich on 29 September, Chamberlain also unwittingly caused the cancellation of an army plot to kill Hitler – when the team was armed and in position and waiting for their order to storm the Chancellery.

I have three reasons for being interested in these events. First, my great-aunt, Shiela Grant Duff, was Observer correspondent in Prague until shortly before them. The Observer was an appeasement newspaper in those days, so she had resigned a few months before.

Second, my book Munich 1938 came out some months ago. It was intended to make the case that this was the great British mistake of the twentieth century, for a new generation that never knew the arguments.

Third and finally, because of the article I wrote for the Guardian today, where I compared Munich with the Salzburg summit, and – by implication – Chamberlain with Theresa May. It was one of those pieces where the arguments flew around in the comments ‘below the line’. It is worth reading that section alone for a cross-section of views – worrying perhaps that Chamberlain gets rather more sympathy than I believe he should.

There is one parallel between them: both approached their defining European summit with a bullish disregard for reality, which led in very different ways to a critical crossroads for Europe.

Children’s health after covid: we can choose to make things happen