The winds of socialism are blowing from America 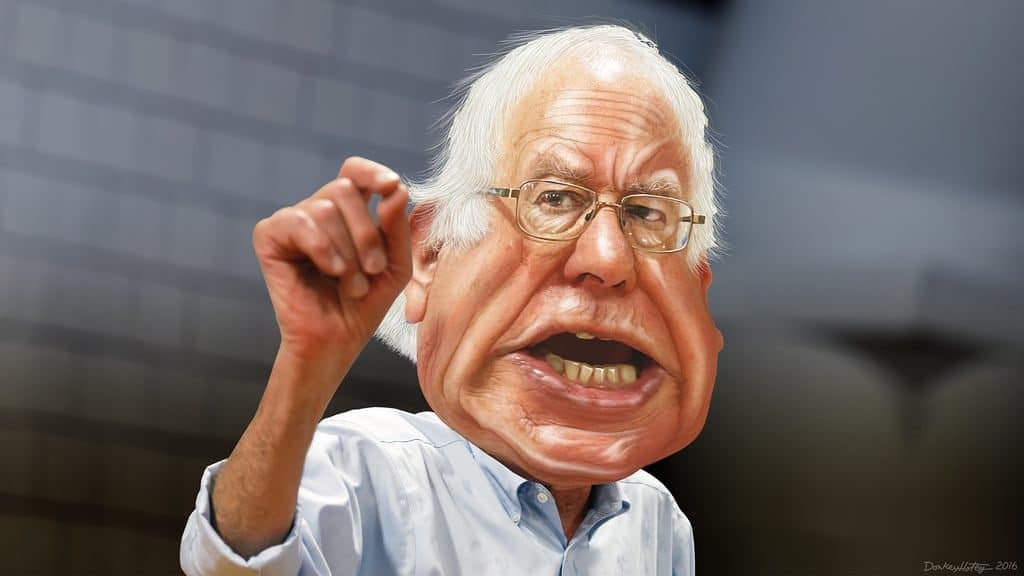 In Brooklyn, a suburb of New York where he was born 77 years ago, Bernie Sanders launched his presidential campaign on Saturday, March 2, 2019. Although elected to Congress for forty years as an “independent,” the Vermont senator has entered the race for the nomination of the Democratic Party. He knows that the US system of indirect polling in a single round does not give independent candidates give any chance of victory.

Sanders, who almost beat Hillary Clinton in the 2016 primary, does not hide away his ideology: he is socialist, and he is not afraid to proclaim it.

Socialist, what does that mean?

Bernie Sanders is not a Marxist-Leninist advocating the nationalization of the means of production and exchange. Far from any ideas of ​​the dictatorship of the proletariat, he does not attack the freedom of entrepreneurship as such. But he advocates a political revolution capable of creating an “economy that works for all, not just for the very rich.” He wants free university education, a universal health insurance system, a doubling of the hourly minimum wage from $7.5 to $15, a “federal guarantee of employment” to give all citizens a job. Taxing the speculative gains of Wall Street and raising taxes on the richest appear to him as necessities of common sense.

Although some of his measures are criticized for being unrealistic, Bernie Sanders’ rhetoric touches an increasingly important part of the American electorate. For he is the first to have rebelled against this fatal product of globalized capitalism, which is the increase in inequality.

The American population clearly feels that inequality has increased. Forty years ago, one third of the national income went to the richest 10%. This third has now become half. Globalization has lifted hundreds of millions of Chinese and Indians out of poverty. But it also created American super-billionaires (especially in finance and digital), and downgraded employees of the American middle class, many of whom are now seduced by Sanders’ socialist vision. Between the Rooseveltian New Deal and the advent of the Reagan’s neo-liberal revolution, America, subject to highly progressive taxes, had experienced a half-century of tightening of the income spectrum.

Given the power of the American media sounding board, the message of the “indignant candidate” Sanders spreads to the entire planet, where the perception of inequality becomes more acute year on year.

According to Oxfam, 82% of the wealth created in 2017 was absorbed by 1% of the world’s population. At the Davos Forum, the British NGO revealed that the 26 richest people in the world held as much money as the poorest 50%, or 3.8 billion people. These figures have spread like wildfire in capitals around the world. Their toxicity is destabilizing the proponents of the unbridled globalization of industry, commerce and finance.

It is striking that the breeze of socialism does not just rise in the United States. It is also blowing, in the form of increasing dissent, into the world’s leading manufacturing power, and America’s largest trading partner, namely China. In some of the best universities in the country, students have begun to campaign against the exploitation of workers by an often unbridled capitalism, while it remains under the political control of a party that calls itself a communist. On August 24, 2018, a police raid killed about 40 activists (including 21 students) who had campaigned for the establishment of a workers’ union at Jasic Technology, an industrial company in Zhenzen, specializing in welding equipment. These young people of the new Chinese left cause the police some problems: they fight against the inequalities and the degrading working conditions imposed on workers coming from the countryside, but they never question the party and the central government. When they are arrested, they take a banknote out of their pockets, to show that it is always adorned with a portrait of Mao.

In Europe, the vast majority of citizens no longer believe in socialism. Neither in its communist version (economically inefficient liberticide), nor, increasingly, in its social-democratic version. Too much help, cheating, laziness, bureaucracy – all tarnished the image of the welfare state. But socialism is not dead. It is reborn in America, the continent from which came all the new ideas in Europe for the last century.