The USA badly needs a radical centre – or any centre actually… 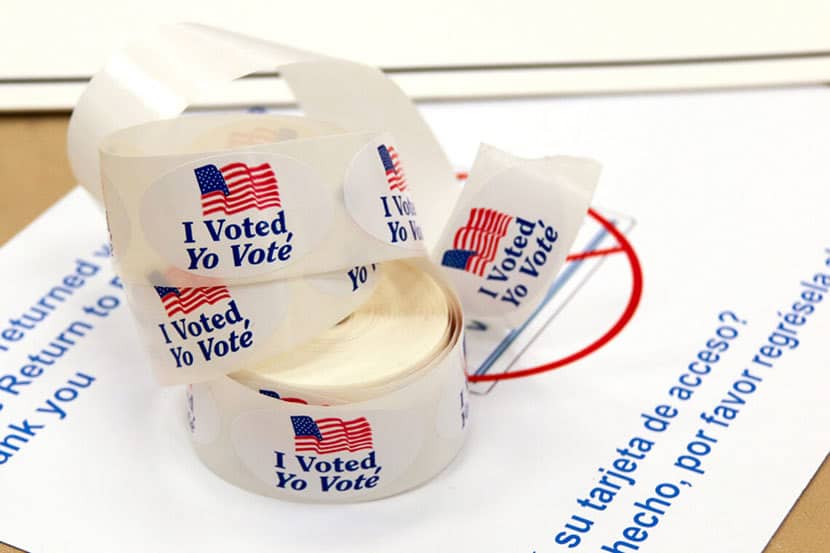 The United States needs a Sensible Centre. Could anything be clearer after the last four years in American politics, and the stalemate delivered by this week’s election?

The hyper-polarisation between Right and Left in Western countries, but especially in the English-speaking world, is the principal threat to democracy and civil society. Alexis de Tocqueville was a French lawyer and observer of American life and democracy in the 1830s, and wrote a masterful account of its fragility, titled Democracy in America. It was published in two volumes in 1835 and 1844, and remains a classic work on civil society, citizen self-government and democracy. In it he posed the question: how will democracy in America turn out?

He was not optimistic. He feared that the process of democratic politics would steadily weaken civil society, create dependence on government and politicians, and sow the seeds of demagoguery and a servile tyranny. The antidote to this risk, sketched out remarkably clearly in Democracy in America, was a steady, conscious, intentional process of strengthening the practice of self-government in local and associational forms, in small communities.

As communities ceased to do things for themselves, they would be rendered weaker, more fragile, and more reliant on political promises, detached from actual social relations.

Rarely has a work of social observation and philosophical reflection been more accurate in its anticipation of the world to come. Donald Trump and identity politics activists shout at us from every page of Democracy in America.

In Australia, de Tocqueville’s critique and moral imperative was taken up by Keith Hancock, whose book Australia, published in 1930, was an attempt to apply de Tocqueville’s thinking to our country. Hancock’s book, like Donald Horne’s The Lucky Country three decades later, was almost entirely misunderstood when it appeared. Australia was used in schools as a textbook on geography, history and culture for three decades, but the political content was ignored.

In the four years since Trump’s election in 2016, the US Democrats had plenty of opportunity, and motivation, to reflect on these matters and undertake some self-appraisal. They didn’t do it. They didn’t even attempt to do it.

They put their hands over their eyes and ears, and doubled down on an agenda that is the antithesis of de Tocqueville’s – ignore towns and communities and their complex organic social relationships, ignore familial life and the disintegration of working class family and mutual support networks, ignore the importance of faith in cultivating social connectivity, and instead put even more focus on seizing control of government bureaucracies with the aim of regulating a fracturing society from the top.

The Democrats, as a political institution, are deeply immersed in this way of thinking. They cannot be reformed in a different direction.

The Republicans, for their part, are now a subsidiary of the Trump Empire. Trump’s successors will be be appointed by Trump. They, too, cannot be reformed in a different direction. Trumpism might be characterised as ‘populist statism’ – it drives and simultaneously masks the ongoing shredding of the social fabric and civil society.

Discussion about a Sensible Centre in US politics has, to date, emerged in two quarters. One is around the work of David Brooks and his Weave: The Social Fabric Project We present an article below from David Brooks which reviews a recent study by David Putnam on the decline of the social fabric in the US since the 1970s.

It is, however, too narrowly Catholic and too attached to the abortion issue as foundational in importance, to become a broad centrist movement. It is a good start, but a broader convergence of social and political movements will be necessary to forge a powerful sensible centre.

The two big obstacles, of course, are self-evident. The American electoral system is based on first-past-the-post voting – you place an x against your preferred candidate, or, in some cases using machines, you punch a hole in the ballot paper. The Australian preferential system is a vast improvement on this numero uno system, and we should be immensely grateful for it. It allows diverse movements to be relevant in electoral politics in their formative years – that is more difficult in the US system.

It is not impossible, though. One of the rich aspects of the US democratic scene is the greater opportunity it affords to local movements to build local impact at town, city and county levels. Localism still has a powerful organising resonance in rural and regional areas in America.

The other big obstacle, however, is more difficult. The media in the US, and increasingly in Australia, is now an extension of the party political infrastructure. Half the media is aligned with the progressive left; the other half is aligned with the right. There is very little in the middle that is non-partisan and non-aligned. The media frames the two-party contest – neither side has an interest in presenting alternatives to the polarised institutional binary contest.

Part of the answer to this lies in the building of new media. In the era of new technology, this is not as near-impossible as it once was, but it is still formidable. The remaining part of the answer lies in organising the disparate threads of the sensible centre into a coherent constituency that is conscious of itself as constituting civil society, outside both state and market, defined by the relational as against the transactional (market-based and corporate) and the coercive (state-based and involuntary).

Can this social constituency seek the representation of itself – civil society and the relational – in the country’s political institutions? Until it does, civil society will remain banished from political discourse, while the social fabric continues to unravel.

The Sensible Centre can be understood in this way – it seeks representation of civil society (families, communities, small businesses, voluntary associations, faith networks, clubs, mutuals) in political institutions from which it is currently excluded. The market is well represented. Civil society is completely unrepresented.

This week’s tight election result means that the fantasy world of Left-Right warfare will be checked in the United States, at least for a period. More Americans are now likely to be confronted with the reality of stalemate. A discussion about how to break the political gridlock will now be forced on the country.

In the United States, as in Australia, rebuilding the Sensible Centre is the most important matter on the political agenda. Everything else comes a distant second.