The UK is not in a real crisis – but the Conservative Party is. 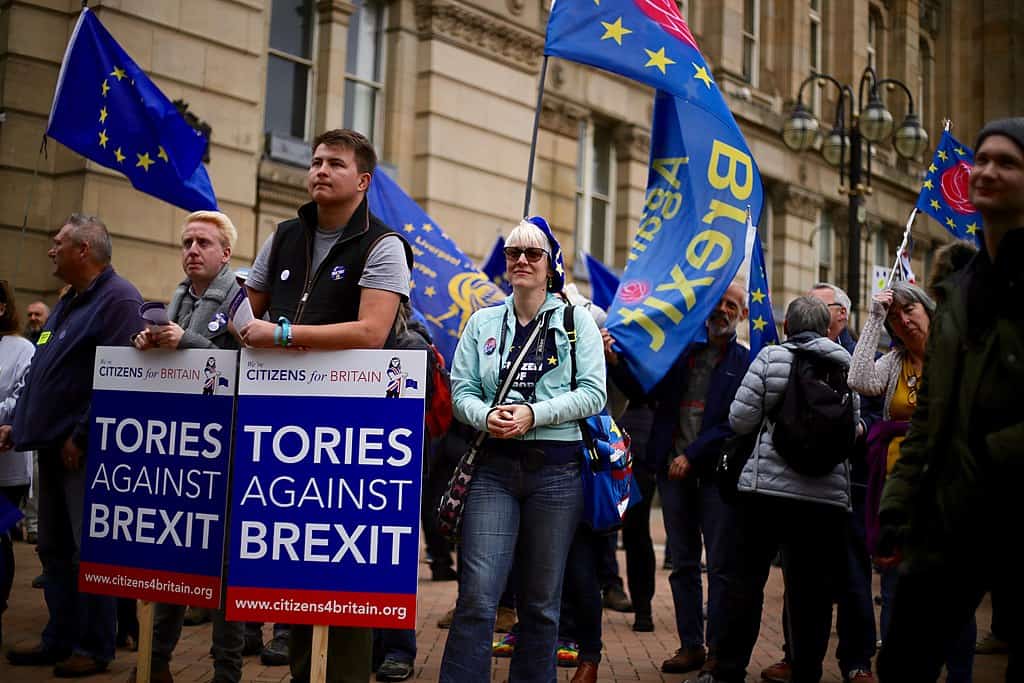 The political chaos enveloping the UK has made headlines around the world. Is it all true or overdone?

This is not an economic crisis

The new Prime Minister’s opening speech outside Downing Street was a sober affair. He claimed that Britain is in an economic crisis. While that is a position to take in preparation for what will doubtless be a difficult Autumn Statement in November, the UK is not in an economic crisis worse than any of its peers. Neither is it, economically, the sick man of Europe.

Britain’s debt to GDP ratio is lower than that of France, Italy, Spain and many others. Public expenditure as a percentage of GDP is lower than its European peers and, briefly, may even be lower than the US. Inflation is at the same level as in Germany. Ten-year bond yields, after briefly nearing Italian levels, have now fallen back to approach German levels.

The country has its own currency and its own central bank. Sterling remains, so far, one of the world’s reserve currencies. The chances of the UK defaulting on its public debt are practically non-existent. Which is why UK credit default swaps have dropped below those for China, France, Spain, Italy and Canada among others.

It is true that, post-Covid and post-Brexit, economic growth has lagged. Productivity figures (if we actually believe them) have also lagged for some time – maybe reflecting the country’s dependence on services rather than manufacturing making productivity improvement more difficult. These are challenges that can only be tackled over the long term.

What we are seeing is a period of political chaos that has been long in the making. More specifically, this is a seemingly endless crisis of the Conservative party – a governing party that has split into warring ideological factions that have become difficult to hold together – a state of affairs that has been building since the days of John Major in the 1990s.

Boris Johnson, having delivered Brexit – at least technically – was ousted because of personal standards not considered appropriate for someone holding the office of Prime Minister.

Liz Truss showed herself not to be up to the job of leading the country – and has, as a result, resigned within 45 days of taking office.

It can easily be argued that a country that is capable of removing one leader because his personal behaviour is not up to expected ethical standards while the next one only lasts 45 days when shown to be incompetent is a sign of strength rather than weakness in the political system. That the short-term turmoil is a price worth paying.

Over the last few years, the UK has toyed with the extreme of the Left offered by Corbynism and the extreme of the libertarian Right with Trussonomics. Both failed and were rejected – in contrast to other countries, including in Europe, where extreme factions have progressively succeeded in gaining lasting power. Yet those factions remain present within both main parties. They will refuse to die.

Meantime, Rishi Sunak can hopefully bring order and competence back to the process of governing. And maybe, just maybe, a Conservative Party faced with the prospect of electoral wipeout will stop playing student politics and its extreme fringe will see a modicum of good sense. Hmmm…

Is it all down to Brexit?

So, what about the aftermath of Brexit?

There is little doubt that upending forty years of economic and political arrangements as part of the European Union will cause disruption – maybe disruption that will last for some years or decades as Britain explores its new role and a different economic model.

In common with other countries. Britain will also need to explore new economic models in a 21st century world where the obsolete models of the 20th century are breaking down everywhere.

This is the work of decades. It could be argued that Brexit could provide the shock to the system needed to stimulate new thinking, while others may cling to the comfort of the status quo for far too long. Just like the traumas of World War II spawned a resurgent and successful Germany.

Where this will fall down is if Conservatives fail to frame Brexit as an opportunity for rejuvenation, but rather as an ideological project the prime focus of which is to reject anything that smells vaguely ‘European’ – however useful and sensible it might be.

One example is Jacob Rees Mogg’s ludicrous post-Brexit legislation that could result in 2,400 laws disappearing overnight – simply because they are “European’ rather than whether they benefit Britain or not.

Now he’s back on the back benches, his spirited defence of the bill in response to criticism from his own colleagues in the Commons is one example of how ideological zealotry can destroy Britain’s opportunities.

Liz Truss’s mistake was not the idea of radical change to drive growth and productivity but rather in going too far, putting blind ideology ahead of practicality, and trying to do it all far too quickly and without enough thought and care to navigate the pitfalls. Rishi Sunak is unlikely to make the same mistake but still has to overcome what seems like his party’s death wish.

Will post-Brexit Britain be successful? As the Chinese like to say when asked the same question about Western civilization – it’s too early to tell.