The tragic abandonment of the Kurds of Syria 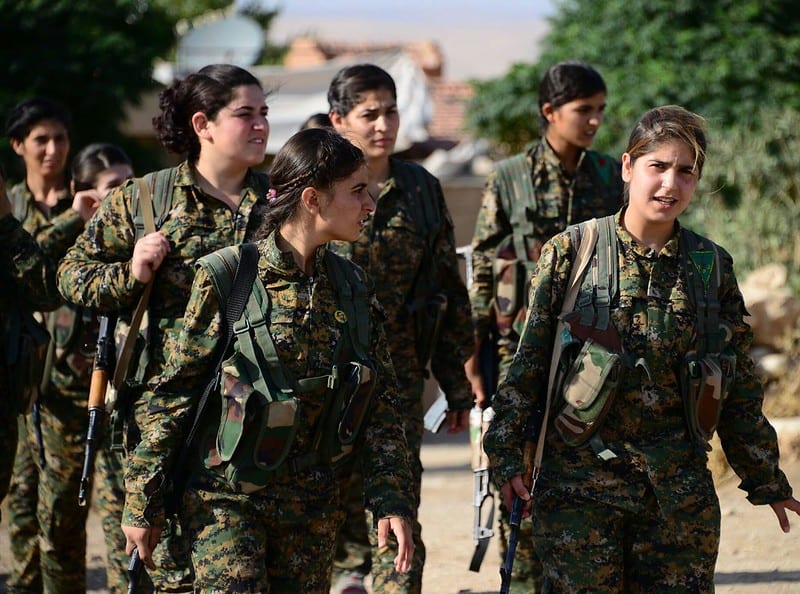 In a telephone conversation with Recep Erdogan on Sunday, the President of the United States of America gave the Turkish armed forces the green light to enter Syria east of the Euphrates and occupy all or part of Rojava, the quasi-autonomous northern region controlled by the FDS (Syrian Democratic Forces, composed of a majority of Kurds and a minority of Arabs, and led by the progressive Kurdish party PYD).

The Pentagon indicated that, if the FDS were to resist, weapons in hand, American forces (which are based at eight bases between Kobane and Raqqa) would refrain from supporting them. The departure of American troops from northern Syria has already begun.

Now, on the altar of the new Trump-Erdogan “friendship”, the United States is abandoning in the open countryside these loyal allies, the FDS, in their fight against Islamism.

It was these progressive forces (including women’s units, in uniform, but not veiled) that so courageously resisted Daesh’s offensive against Kobane (September 2014-January 2015), then allowed the recapture of Caliphate land from the Islamic state and the liberation of Raqqa in October 2017.

In 1975, for domestic political reasons, the Americans had abandoned allies in the open countryside. In Indochina. This precipitous withdrawal caused two historical tragedies: the Khmer Rouge’s takeover of Cambodia and the exodus of the Vietnamese Boat People.

Today, the planned abandonment of the Syrian Kurds is not only a moral fault, the price of which Westerners will long pay in the Middle East, a region that has no worse admission of weakness than the abandonment of a friend. It is also a strategic mistake, as it will allow a resurrection of the power and influence of the Islamic state.

Today, the FDS holds 118,000 Daesh prisoners (jihadists as well as their wives and children). Only 70,000 prisoners live in the El-Hol camp, located south of Hassaké. The Americans said that it would now be up to the Turks to take care of these Islamist families. Among them are thousands of jihadists carrying European passports.

Can we really trust Turkey, led by Muslim Brother Erdogan, to keep them under his wing, while teaching them the love of their adopted homelands and European values? Will the Turkish President not be tempted to let them go, as he did in 2012, when he secretly allowed them to settle in the eastern part of his country, in the Gaziantep region?

Is it reasonable to give Ankara a new instrument of blackmail against the West? On 5 September, Recep Tayyip Erdogan reiterated his 2015 blackmail of the European Union. Exasperated at receiving four million migrants fleeing Middle East conflicts (including three and a half million Syrians) on its territory, the Turkish President threatened to allow a new wave of refugees to flow into Europe if he did not get more international aid.

Poor Europe! It was not Europe that caused the gigantic chaos created by the American invasion of Iraq in March 2003. But it is Europe that, in the Western camp, finds itself in the front line of managing the consequences.

The President of Turkey said that he now wanted to house his four million refugees within the Syrian strip of land that his army would conquer. Will the latter be able to manage the conquered space and the problems inherent in the people who will be displaced there?

Nothing could be less certain. France currently has five mini-military bases in Rojava, practically coupled with American bases. Will she find herself alone against the Turkish army?

The decision will not be easy for Emmanuel Macron, Chief of the Armed Forces. Because France is caught between two risks: that of dishonour if our Kurdish friends are abandoned, and that of humiliation if our soldiers are disarmed by the Turkish army. This is an issue that the French will have to play very carefully. Beyond tactics, the situation also points to a crucial strategic phenomenon: the growing decoupling between American and European interests.

It is clear that it has become dangerous to rely militarily on our American allies. De Gaulle understood this for the ultimate defence of our territory against the Soviet threat of the time, by developing an independent strike force.

This principle of independence must now be strictly applied to all our foreign operations.