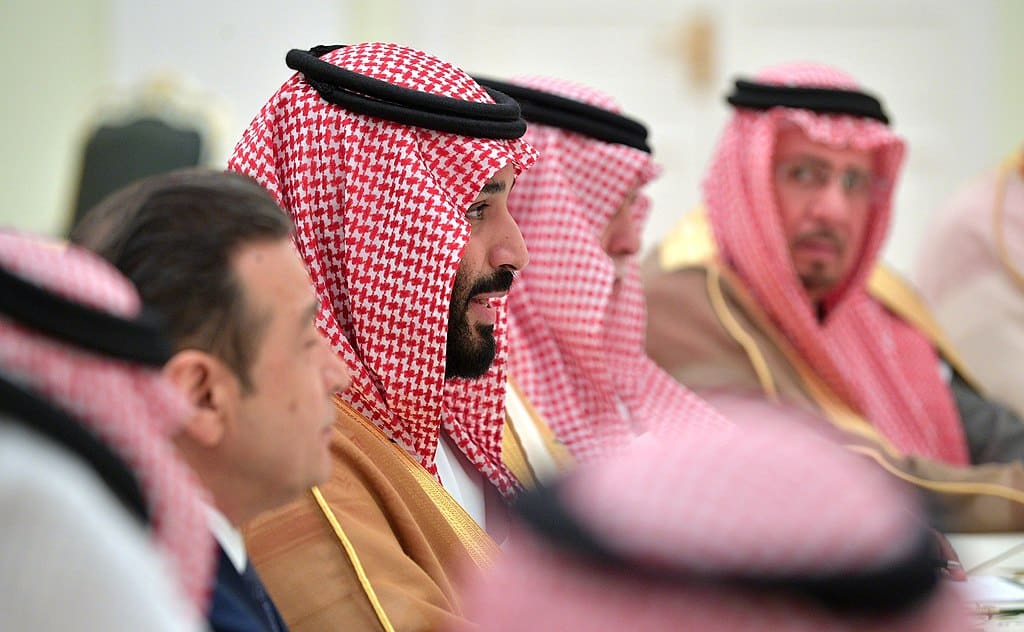 Some commentators have criticised Emmanuel Macron’s visit to Jeddah on 4 December because of Saudi Arabia’s poor human rights record. They are wrong. As a matter of principle and on the case in point.

As a matter of principle, the foreign policy of a great and old country like France cannot be limited to visiting other democracies on the planet. Diplomacy, which is the art of keeping the world at peace, must give priority to those states with which we have differences, in order to try to bridge them. It would be dangerous to believe that modern diplomacy can be reduced to an intercontinental distribution of virtue prizes by the Western powers.

In this case, the young man (36) who rules Saudi Arabia, Crown Prince Mohammed bin Salman (MBS), is anything but blameless. In 2015, he needlessly launched a war against the Houthi rebels in northern Yemen. This war, mainly fought by the Saudi air force, resulted in many civilian casualties among the Yemeni population and led to Joe Biden’s suspension of US offensive arms shipments to Riyadh.

There was also, in 2018, the assassination of political opponent Jamal Khashoggi inside the Saudi consulate in Istanbul. In addition, the liberal activist Raif Badawi, sentenced in 2012 to ten years in prison for the crime of simply having an opinion, has still not been released.

But these unfortunate events should not obscure the fact that Saudi Arabia has enormous means to help stabilise the Middle East. The latter has still not recovered from the consequences of the Anglo-Saxon invasion of Iraq in 2003 and the ensuing civil war between Sunnis and Shiites. As the Americans have become politically absent from the Middle East, and very distant from MBS, the French president has rightly decided to fill the void.

In Saudi Arabia, the undeniable mistakes of MBS and his brutal behaviour have played, in the Western world, like trees hiding a forest. For this young prince has had one great merit. He has launched a profound economic and social revolution in his country to extract it from the straitjacket in which Wahhabi ideology held it.

There is no doubt that MBS is sincerely seeking to adapt his population of 35 million to the modern world. He has greatly expanded the rights of women who are no longer required to wear a veil, who can work wherever they wish and travel alone as they like.

MBS has allowed cinema and music in the cities, making him very popular with the young. Anyone who goes for a walk in Riyadh or Jeddah will see this revolution with the naked eye. The Crown Prince has also decided to prepare for the post-oil era and to reorient his country’s economy towards services, digital technology and tourism. He wants to put his young people to work. He has launched tourism in the Red Sea which is a hundred times more beautiful than the Persian Gulf.

A crucial phenomenon for the Middle East and for the whole Arab-Islamic world, MBS is in the process of purging his country of Wahhabism. This Islamic puritanism is inherited from the preacher Mohammed ben Abdelwahhab (1703-1792), an ally of the Saud tribe. He preached a return to the Islam of the first caliphs. Presented as a just and peaceful world, it was, in fact, a world of political assassinations and military conquests.

Associated with oil money, Wahhabism has been expanding in a deleterious way since the 1980s; in North Africa, in the Caucasus, in the Middle East, and even in our suburbs. France is right to encourage MBS’s efforts to separate politics and religion in Islam.

Emmanuel Macron has pleaded the cause of Lebanon to MBS, getting the prince to re-engage with the Mikati government. A sponsor of the Sunni community, Saudi Arabia has always had a crucial role in the country of the Cedars. In 1989, it was there that the Taif Agreement was signed, rebalancing the Lebanese constitution in favour of Muslims.

MBS now blames Lebanon for being under the thumb of Hezbollah. But MBS will only encourage this phenomenon if he continues to detach himself from this unique space of religious cohabitation in the Middle East. It would be foolish for MBS to withdraw unilaterally from Yemen today and thus give a media victory to Hezbollah, which has sent 300 “experts” to the Houthis, Shiites from Saudi Arabia.

But he was right to open a security dialogue with Tehran. The Saudis and Iranians seem to have finally understood that there will be no stability in the Middle East until they re-establish normal political relations between them.