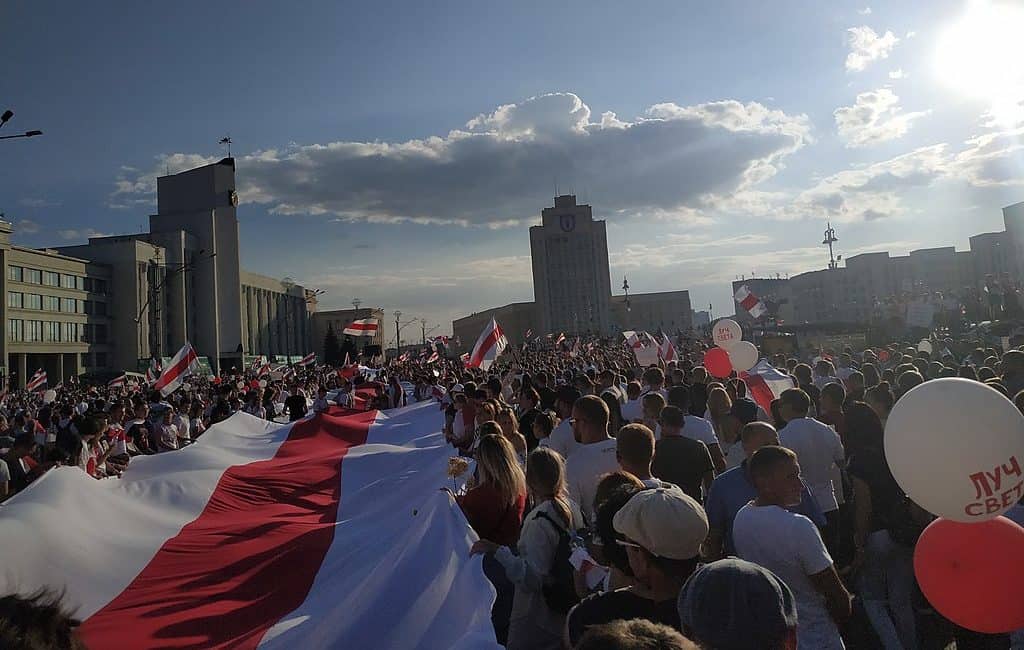 It feels like the end for President Lukashenko of Belarus, who has been in power since 1994.

The autocrat massively defrauded the presidential election of August 9, to claim a favourable result of 80 per cent of the vote. The opposition is growing steadily in this country of ten million inhabitants, the size of a third of France.

On Sunday 16 August, Minsk experienced its largest opposition demonstration since the independence of Belarus (August 1991). The educated youth of the cities were joined by the workers of the state-owned companies of this nation which has retained a Soviet-style economy. Journalists of the state television, a crucial instrument of power, went on strike and, on their screens, Belarusians can contemplate empty studios against a backdrop of popular music.

The situation is similar to that in Serbia at the beginning of October 2000, when hundreds of thousands of demonstrators took to the streets of Belgrade to demand the resignation of President Milosevic, whose re-election had been contested.

In Belarus, it is no longer necessary to wait for the siloviki (the members of the “forced” ministries – the police, military and intelligence agents) to change sides, as they did in Romania against the dictator Ceaucescu in December 1989, or in Serbia on 5 October 2000.

Since the beginning of the crisis, President Lukashenko has called his powerful neighbour Vladimir Putin to the rescue several times. But Kremlin communiqués have shown no particular enthusiasm for Lukashenko. They merely recalled the clauses of the Collective Security Treaty Organisation (CSTO), of which Russia and Belarus are members (along with Armenia, Kazakhstan, Kyrgyzstan and Tajikistan), an organisation that functions like NATO, ensuring a common defence against an attack from abroad.

Yet no foreign power seeks to attack Belarus. Moreover, Putin has little sympathy for Lukashenko. Recently, the Russian leader did not appreciate the fact that his Belarusian counterpart welcomed the head of American diplomacy so warmly. Mike Pompeo came to Minsk on 1 February 2020 to take advantage of an energy dispute between Lukashenko and Putin and to offer to supply Belarus with American oil.

Demonstrators in Minsk on Sunday carried the 1918 Belarusian white flag with a red stripe, but not a single sign with an anti-Russian tone. Russians and Belarusians are culturally and historically extremely close.

Unless he makes a serious strategic mistake, Vladimir Putin will refuse to send his tanks against the Belarusian demonstrators. In order not to give too blatant a victory to the protestors, Russian diplomacy will act behind the scenes to obtain a smooth transition; to replace Lukashenko with a moderate personality acceptable to both the Belarusian opposition and the Kremlin.

With regard to the Belarusian revolution, the Russian authorities are drawing only one red line: the extension of NATO into this territory. Moscow has always considered that Belarus must remain in line with its strategic interests.

Putin did not order lightly the coup of 27 February 2014 against the Crimean parliament. He feared that the Ukrainian opposition, which had just seized full power in Kiev after reneging on the intra-Ukrainian agreement negotiated under European sponsorship, would drive the Russian fleet out of Sevastopol, replacing it with a NATO fleet.

But after having obtained by referendum the attachment of the Crimea (whose population has always been very Russophile), Putin committed a serious strategic error, by interfering in the affairs of the Donbass. In August 2014 and February 2015, Russia ensured that the Ukrainian army was humiliatingly defeated by the pro-Russian separatists. For a region that had nothing strategic about it, Putin provoked in Ukraine a broad anti-Russian feeling which was previously marginal.

If he has learned from his mistake in the summer of 2014 in Donbass, Putin will not intervene head-on in Belarus. He will ask his own silovikis to convince their Belarusian colleagues to let Lukashenko go gently.
Weakened economically by the fall in oil and gas prices,

Russia has a vital need to restore its international image. It would not do so by replaying the Brezhnev invasion of Prague in August 1968. Putin has a vested interest in maximising the impact of the new peaceful weapon he has presented to the world: the Russian Covid-19 vaccine.