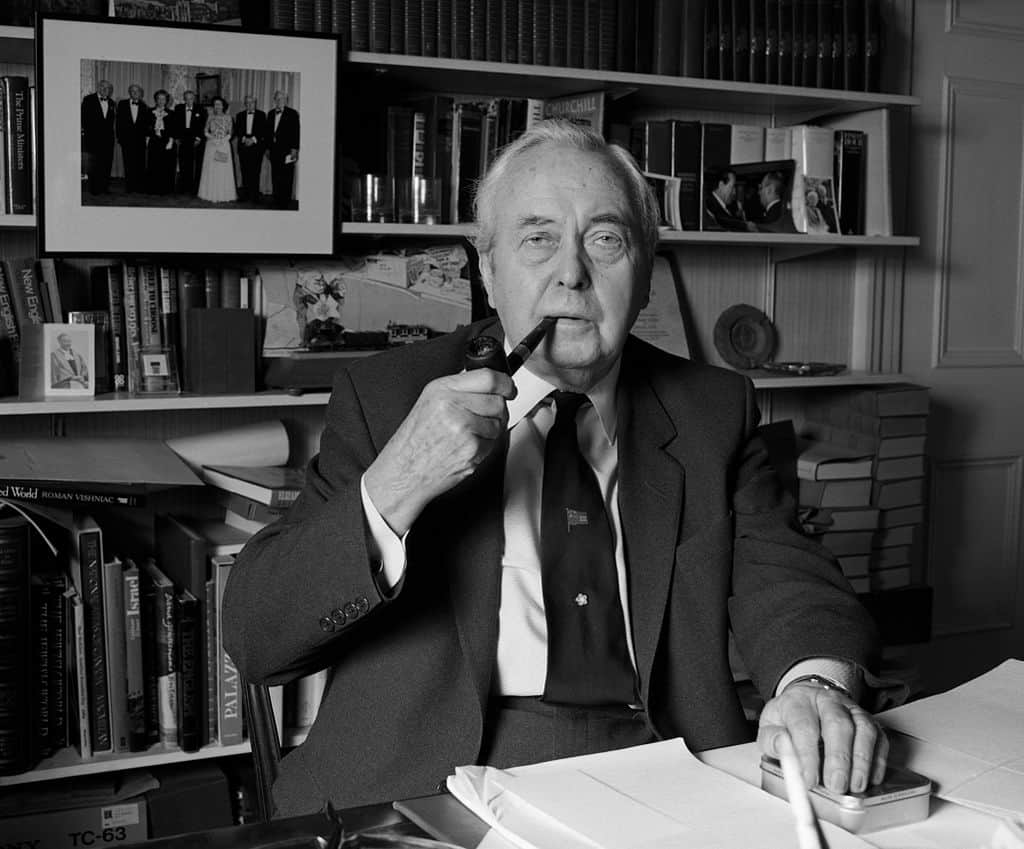 How many readers share my intense irritation whenever a politician appears on the box to announce that their party has, uniquely, found the solution to the country’s economic and social problems: more growth?

This is like a new football manager announcing that his magic formula for restoring the fortunes of an ailing team is to score goals.

So, what are we to make of policy objectives like ‘sustainable long-term recovery and growth’?  More goals scored with style?  But, how?

Successive generations of political leaders have promised to deliver some version of the growth agenda, arguing that the bigger the pie the easier it is to distribute to provide higher living standards and better public services for everyone.

In the 1960s, Harold Wilson excited a generation with the promise to harness ‘the white-hot heat of the technological revolution’ to turbo-charge a Five-Year Plan with the objective of accelerating economic growth. The Plan was soon derailed by a sterling crisis.

A sterling crisis also brought an ignominious end to Margaret Thatcher’s supply side revolution of tax cuts, deregulation and privatisation. Gordon Brown embraced ‘post neo-classical endogenous growth’ and delivered impressive, sustained, above-trend growth for a decade until it was shattered in the financial crisis of 2008/9.

There were less sustained dashes for growth in the ‘Barber Boom’ of the 1970s and the recent Truss experiment.

Both ended quickly and badly.

It is currently fashionable in progressive circles to argue that the way forward is to ditch growth-suppressing ‘austerity’ and to embrace ‘green growth’. Before considering how this hope can triumph over experience, we need to start from the short-term constraints on growth which centre on a large fiscal deficit and the overhang of public debt.

These are among the legacies of a decade and a half of successive shocks: the financial crisis (whose consequences were amplified by the size of Britain’s very large banks), the pandemic and the current war-induced, energy-price shock – and we can add the self-inflicted wound of Brexit.

In the short-term, the main constraint on growth is a combination of rising interest rates, being imposed by the Bank of England to counter double-digit inflation, and a contractionary approach to the budget -higher taxes and cuts in public spending – being imposed to restore confidence amongst the country’s creditors.

The Bank of England’s own forecasts suggest that the country is now set for two years of recession – negative growth and rising unemployment. There is no suggestion from the government or the opposition that they will depart from the monetary and fiscal policy constraints which predestine the negative short-term outlook.

The challenge for them is to make sure that corrective short-term policy does not prejudice longer term recovery and that the political as well as economic foundations for long-term sustainable growth are laid.

It is by no means clear that this is possible; indeed, there are countries like Argentina which are seemingly set on a path of remorseless decline as periods of austerity are followed by populist indulgence and unsustainable growth, then more austerity.

Or Italy which seems trapped in stagnation. Britain has some worryingly similar traits.

The key to a more optimistic outcome is higher investment: private and public. One of the legitimate criticisms of the coalition government is that, while a degree of austerity was inevitable in the wake of the financial crisis, not enough was done to protect public investment in such areas as railway investment in ‘left-behind’ regions, ‘green energy’, social housing and telecommunications.

There are ominous warnings that the current crisis will lead to a new round of cuts in public investment and that should not be allowed to happen if we are serious about growth.  Private, business investment has stalled since Brexit and a return to a settled, liberal trading arrangement with our neighbours is an absolute necessity.

Chronic political uncertainty and the prospect of several years of negative growth with weak demand are also major disincentives to a recovery of private investment.  Tax incentives also matter though their influence is often exaggerated. In any event, after recent U-turns, the UK tax regime is unlikely to depart greatly from the OECD average.

So, what can be done to improve the prospects for investment? Over a long-term time frame, a good step would be to reinstate the Industrial Strategy for selected manufacturing and service sectors with low-carbon importance and high value added.

This approach worked well in the coalition and May periods in giving some certainty of government commitment to support R & D and confidence for investors in sectors like motor vehicles, aerospace, bioscience, renewable energy and semi-conductors.

It is a precondition for the development of electric vehicles, for example, that charging infrastructure be developed in parallel which requires coordinated public policy. Other advanced countries, notably the United States, are embracing industrial policy for security as well as economic reasons and Britain is in danger of becoming an isolated anomaly.

It was an act of vandalism to sell it off and it must now be reinvented. That requires the reassembly of a team of bankers and project analysts to run it, hopefully on a much bigger scale. There is also a dearth of equity and loan financing for rapidly growing small and middle-sized firms and the British Business Bank should be enlarged in scope and scale to promote this activity.

Over and above investment, Britain has a chronic, long-term problem of relatively low productivity. The causes and cures are the subject of broad agreement, but the remedies require a generation of change, not just a few years.

For example, more investment in education, starting with early years, produces a return over decades but is crucial. Britain has a particular weakness in post-16 vocational education and training. Although there has been a welcome revival of apprenticeships, short-term, revenue-raising measures like the apprenticeship levy are undermining attempts to revive training in small companies.

Productivity has also been held back by the difficulty in converting Britain’s strengths in science into innovation by numerous firms.

The Catapult network provides an improved institutional arrangement, but to build on it will require significant and sustained support for the D as well as the R of R & D – through direct funding as well as tax incentives. International collaboration also has to be part of the model and that requires a rebuilding of the bridges that have been burnt with European neighbours.

Suffice it to say that it will be difficult to convert the slogan of ‘long term sustainable growth’ into reality. It Is at least a start to define the challenge.

Vince Cable will be leading a discussion on this topic at the Radix Big Tent London Summit on 29 November.

The Rt Hon Sir Vince Cable was formerly Secretary of State for Business, Innovation and Skills, President of the Board of Trade, leader of the Liberal Democrats and Member of Parliament for the Twickenham constituency. He was a former Chief Economist at Royal Dutch Shell.

His publications include Open Arms (2017), After the Storm: The World Economy and Britain’s Economic Future (2016), Free Radical, A Memoir (2010), among others. His memoir of the 2010s, written with wife Rachel, was published recently (Partnership and Politics in a Divided Decade).

Vince is currently a professor in practice at the London School of Economics, and visiting professor at Nottingham University and St Mary University, chair of HCT Group and director of RemindMeCare.