The political realignment seems to be slow but unstoppable 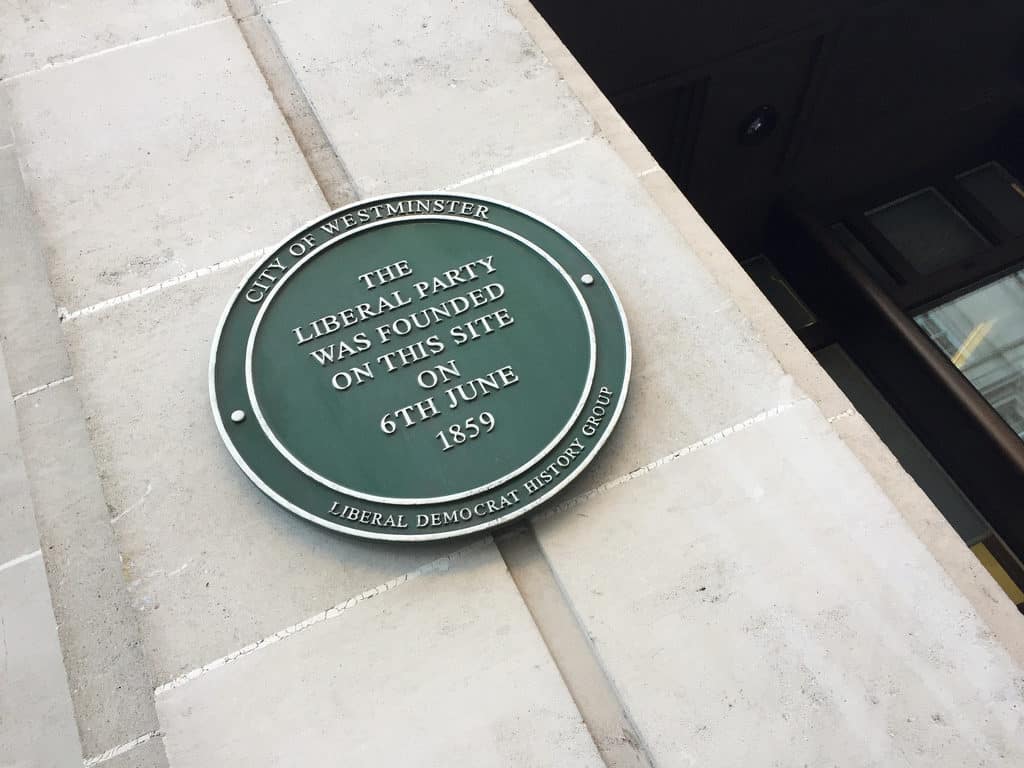 It was exactly 160 years ago, on 9 June 1859, that the various liberal factions that came to make up the Victorian Liberal Party met in Willis’ Rooms in St James’ Street. There were Peelites, Whigs and Radicals amongst the 274 MPs who crowded together – as well as the supporters of the great rivals, Palmerston and Russell.

Who organised it? History forgets, though one of the key figures was the radical and free-trader John Bright. The meeting took place two months before the publication of the key text of Liberalism, John Stuart Mill’s On Liberty.

These sort of rearrangements in politics happen extremely rarely, but it may be that the circumstances are beginning to emerge again.

I suggest that because we seem to be watching the emergence of a radical centre without anyone quite planning for it. I don’t mean Liberal Democrats or Greens, or even the new Lib Dem Chuka Umanna. There are a number of others who are quite obviously potential attendees at the new Willis’ Rooms meeting.

Three of them, for example:

Kenneth Clarke has been talking about bringing down the government: but he isn’t a Liberal by any stretch of the imagination.

Nor is Michael Heseltine. Nor Rory Stewart, who keeps identifying himself as a Conservative, on the grounds of pragmatism and practicality.

And from Labour, Alistair Campbell, of all people – like Heseltine, suspended from his own party for bestowing their vote elsewhere – is hardly a Liberal. But, like the others, he appears to be moving towards a new radical centre.

The question is what the circumstances will be that will throw them into the same room together – perhaps Boris Johnson closing down Parliament, strangely, in the name of democracy.

Watching the Channel 4 leaders’ debate last night, that was certainly the conclusion I came to. The four conventional candidates used predictably macho language to explain how they will leave the EU by the end of October, or shortly thereafter. Rory Stewart came across, smilingly and refreshingly, as a human being. The audience responded to him too – it was an unusual performance.

Otherwise, the candidates for Conservative leader came across as pretty wooden, with worryingly similar narratives, all looking a little unusual – with the possible exception of Jeremy Hunt (a man, as Anne McElvoy put it, who looks as if he ironed his own shirts at university…).

Clearly pragmatism is a key feature of the radical centre, and so is humanity – almost anyone gets my support if they can come across as human and thoughtful, without the ranting style. It doesn’t even matter what we have disagreed over in the past – a long list with some of these. Nor in the end, will it work if all they can agree about is defending the old world and its failed institutions.

There’s a long way to go, but day by day, the Willis’ Rooms meeting of 2019 seems to be getting closer.