The political economy of de-growth 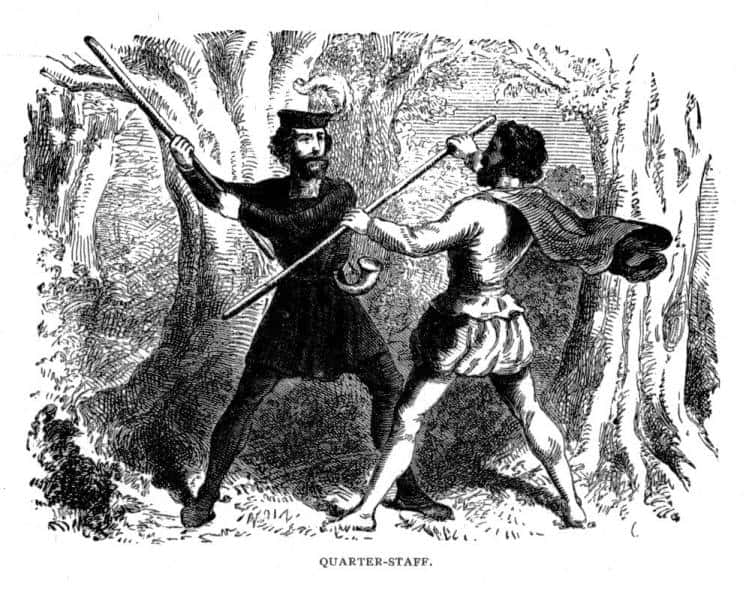 Two broad sets ideas have shaped the practice and philosophy of political economy during much of the Industrial Age. One of these is collectivist thinking, which argues for state or communal ownership of “the means of production”. The other is the market philosophy which advocates the primacy of private ownership.

These are ultra-broad-brush categorizations, useful because they correspond to a duality in the human psyche – a duality comprising the desire for collaborative effort and the ambition for self-betterment. These, in their myriad forms, have been the polarities of debate since the onset of industrialisation in the 1760s. They have often been labelled “left” and “right”, but these labels are so vague, and their applications have been so varied, that they cannot serve as useful terms in the current context.

That context is involuntary economic de-growth, caused by a deterioration in the dynamic which has powered economic activity for well over 200 years. The Industrial Age began when the first efficient heat engines enabled us to access vast reserves of energy contained in coal, petroleum and natural gas. This triggered parallel expansions, exponential in nature, in human population numbers and in the economic means of their support.

It cannot be emphasised too strongly that the economy is an energy system, not a financial one. Anything that has economic utility is a product of energy. The various monetary systems used over time have served primarily as media of exchange for the goods and services made available by the use of energy.

Energy itself has never been “a free lunch”. Whenever energy is accessed for our use, some of that energy is always consumed in the access process. This ‘consumed in access’ component is known here as the Energy Cost of Energy, or ECoE.

ECoEs have been rising relentlessly, and have already passed the thresholds at which, first, advanced Western economies start getting poorer and, latterly, the same thing starts happening to less complex countries.

Much of today’s uncertainty and contention can be traced to this process itself, and to our inability, or our unwillingness, to recognise this reality.

With these points understood, the long-range interpretation of the economy devolves into a series of equations, comparatively straightforward in principle, though complex in application.

Prosperity is a function of how we convert surplus (net-of-ECoE) energy into economic value. The quantitative variables are the amount of energy available, the proportion of that energy ‘lost’ to the economy as ECoE, the efficiency with which surplus energy is converted into economic value, and the number of people between whom aggregate prosperity is shared.

This energy interpretation indicates that economic prosperity cannot be infinite on a planet with finite resources. Environmental and ecological degradation introduce a new ‘infinity fallacy’, revealing that there are limits to the ability of the ecosphere to tolerate our use of energy, certainly when the vast bulk of that energy is sourced from fossil fuels.

Problems with this system have been forced upon our attention only in comparatively recent times. As ECoEs have risen, we have begun to encounter (though not to recognise) the limits to material economic growth founded on the use of fossil fuels. At the same time, there has been widening public recognition of the adverse environmental and ecological consequences of the exploitation of fossil energy.

In essence, neither the reserves base nor the environment can support further economic growth based on the use of fossil fuels. Indeed, even the maintenance of current fossil-based prosperity has become impossible.

This presents us with two possible developments. The first is that we find alternative forms of energy which free us from resource and environmental constraints. The second is that we come to terms with the ending and the reversal of prior growth in material prosperity.

The best available evidence points to an outcome which is at neither of these extremes. We can, and indeed must, develop alternative energy sources, including wind and solar power. But we cannot assume ‘like-for-like’ replacement of the economic value derived from fossil fuels, so we need to plan on the basis that aggregate material prosperity will decrease.

The unfolding failure of the established ‘growth engine’ is causing systemic, cognitive, psychological and political disruption. We’ve done everything we can to deny the reality of involuntary de-growth. Means of denial have included financial gimmickry, the making of exaggerated claims for the potential of renewable energy and for technology more broadly, and even assertions that we can find ways of ‘engineering’ our way out of environmental constraints.

The lengths to which we’ve been prepared to go to deny the physical reality of the faltering economy have been quite remarkable. Conspiracy theories have flourished in a context of ignorance (about energy reality), suspicion and mistrust. Despite the climate of denial, the storm front of de-growth has already thrown systems into chaos. The “market economy” has been abandoned in all but name, transformed into what might best (and most neutrally) be described as the “make it up as you go along” economy. We’ve embraced the fiction that the creation of ever more money can keep the wolf of de-growth from the door.

It doesn’t help that we’ve spent centuries congratulating ourselves on economic ‘knowledge’ that is fallacious. The conventional basis of economic interpretation – which concentrates on money, puts energy into an ancillary role, and insists on the potential for growth in perpetuity – is in the process of being invalidated.

We have an ingrained sense of ownership of growth, amounting to a feeling of entitlement to a current level of material prosperity that, we believe, can only increase over time. If this isn’t happening, “somebody else” must somehow be at fault. Political economy has long concentrated on the distribution of economic prosperity on the assumption that this prosperity itself must increase in perpetuity. Our financial system is entirely predicated on “growth” in perpetuity.

Most of us cannot even imagine a system in which politicians, opinion-formers, business leaders and financiers stop talking about “growth” and start discussing contraction. There have always been some people who have advocated “de-growth”, but they have tended to promote this as a beneficial choice, not as an involuntary inevitability.

One definition of “de-growth” might emphasise the loss of luxuries. This applies, not just to the loss of material non-essentials, but to political and ideological luxuries as well. Economic growth has enabled us to indulge in philosophical extremes, including advocacy of wholly-state or wholly-private ownership of “the means of production”. To stand any chance of adapting to involuntary de-growth, we will need to put ideological extremism behind us, and concentrate instead on pragmatism.

From a pragmatic perspective, both the collectivist and the market models have strengths and weaknesses. Pragmatism now decrees that we need to combine the strengths of both, and use each to minimize the weaknesses of the other. The term best describing this pragmatic balance is the “mixed economy” which optimizes a combination of public and private provision. Extreme collectivism failed between the 1960s and the 1990s, and the extreme or “liberal” version of the market alternative has failed now.

Philosophically, the aim now should surely be to seek an optimal combination of systems and ideas which meets the basic needs of everyone, whilst maximising the scope for individual endeavour. One of our greatest assets is our ability to think our way around problems, in the process producing new ideas.

Extremism isn’t wanted, or affordable, on our journey into a post-growth society.

To use a historical rather than a contemporary example, the Puritans of seventeenth-century England believed that theatres, taverns and country dancing were manifestations of evil. The tragedy was that, in addition to exercising their right not to participate in such activities themselves, they also set out to enforce these prohibitions on everyone. Puritan authoritarianism was rooted in religious belief, but there have been, and remain, equivalent schemes of repression founded on secular rather than spiritual persuasion.

Enforced agreement, however it is manifested, would be an even greater handicap in a post-growth than in a growing or a pre-growth society. The finding of solutions to the wholly new challenges of de-growth require the maximised exchange of ideas consistent with respect for the differing ideas of others.

Without entering into the long-standing debate around utilitarian principles, we can take as a starting-point the objective of seeking “the greatest good of the greatest number”. A worthy aim now would be to ensure the well-being of all as the economy as a whole gets poorer.

In the past, political economy has concentrated on the distribution of economic prosperity within the assumption that the aggregate of this prosperity will continue to grow. For political leaders, ‘sharing out growth’ has seldom been easy. ‘Sharing out hardship’ is going to be very much harder.

Our first priority surely ought to be a combination of research, education and the channelling of expectations. To give just one example, the doctrine of perpetual growth has created the assumption that we can tackle the environmental crisis without having to surrender things such as reliance on cars and frequent overseas travel. Once we recognise the economic as well as the environmental dimension of a faltering fossil fuel dynamic, we’ll become aware that pain-free, seamless transition is a hope rather than an assured reality.

When aggregate prosperity becomes at best ‘a zero-sum gain’, various deep-rooted assumptions fail. One is the idea that one person can prosper without another suffering. Another is that the state can manage the equitable distribution of everything.

Under these conditions, neither “collectivist” nor “liberal” philosophies can meet our needs. Collectivism tends to espouse subservience to the state, whilst the liberal alternative promotes at least the acceptance of greed, and sometimes its validation, or even its encouragement.

Neither should we obsess about “the rich”. Traditionally, the “left” has favoured ‘taking from the rich to give to the poor’, whilst the “right” has validated inequality as a reward for talent and effort. Historically, the widening of the gap between the wealthiest and “the rest” can in reality be connected to growth, both in prosperity and in social and economic complexity. As both prosperity and complexity decrease, this gap can be expected to narrow.

As prosperity per person decreases, the probability is that the cost of essentials will absorb an increasing proportion of prosperity. This is likely to be asymmetric, in that some people will continue to enjoy substantial (though diminishing) discretionary prosperity whilst others will find it ever more difficult to afford the necessities.

In policy terms – and beyond the prerequisites of education, research and the ditching of false notions about the economy and the environment – a primary objective surely needs to be to make sure that the necessities are available and affordable for all. The priorities for would-be leaders have to be (a) to learn about economic and environmental reality, and (b) to plan ahead to preserve and promote both economic well-being and social cohesion in a post-growth society.