The old order is crumbling – what should we do? 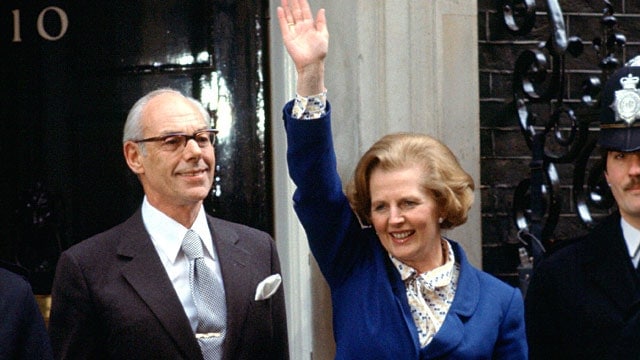 I went to the Social Liberal Forum conference last weekend and found it completely transformed – no more endless whingeing but real debate about big ideas for the future. They really had made the transition, as the Greens used to say, from opposition to proposition.

Anyone who has read my political blogs will know is how I believe the left needs to gear itself up: concentrate on the ideas; cut out the off-putting rage. See also John Harris on this.

I was there to talk about tackling monopoly and the future of liberal economics. It was refreshing. For me, at least.

But I have also been wondering, over the past week, how the transition I have been predicting for some reason would come about.

I’ve argued before that there is a four-decade cycle of central ideas in the UK. We had to change policy suddenly in 1940 when we withdrew spectacularly from the French alliance at Dunkirk, but the body of economic ideas which we needed to adopt were there waiting patiently, thanks as much as anyone else to Keynes.

Then came 1979 and another shift. If you read the cabinet papers of the period (as I have), it is clear that Margaret Thatcher herself had few ideas about what she wanted to do apart from helping homeowners (read more in my book Broke), but the revolution had been brewed by Nigel Lawson and Geoffrey Howe and their young apparachiks, meeting in Howe’s flat in Vauxhall every Tuesday evening for some years before.

So, thanks to Trump and Brexit, the old order is now staggering again, and is probably fatally wounded, but neither administration in the USA or UK appears to have much idea about what to do instead. So where, I am asking myself, is the new philosophy going to emerge from?

There is no body of knowledge, or techniques, waiting in the corner of the Treasury ready to be picked up and enacted. As far as I know. Nor do we have long.

It seems likely that the markets will crash again in October (you read it here first, though the latest issue of Fortune carries the headline ‘The end is near!’). Trump is too backward to know what to do. So is the current UK government.

Otherwise, there is the exhausted remains of market fundamentalism, residing at the IEA and Cato Institute. There is the equally exhausted reheated thinking from 1945 wafting about. Neither is really going to cut the mustard, as they say.

Probably the only internationally recognised body of economic ideas which would stand the scrutiny are the ideas around inclusive growth – but these have mainly taken root in cities on both sides of the Atlantic, rather than governments.

It maybe that radicals and centrists would serve the future better, not by endlessly refighting the Brexit argument – but by making sure we have a body of ideas ready for when the roof falls in, sometime next year I expect. As I say, we don’t have very long.