The new Israeli strategy in the Levant 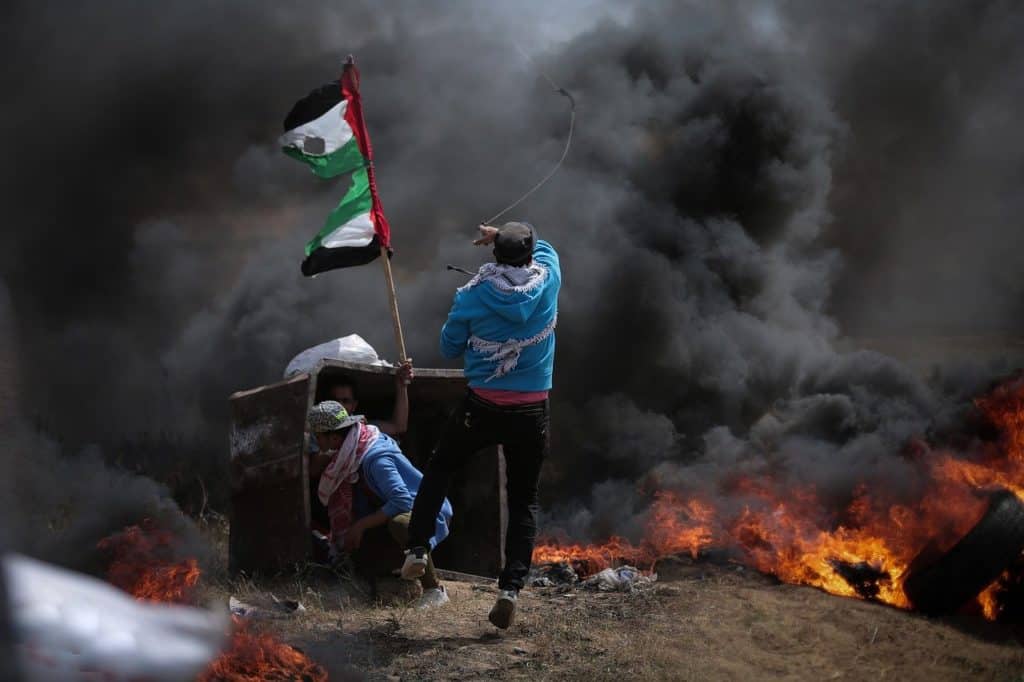 Benjamin Netanyahu, who still leads the Israeli government, phoned Vladimir Putin to congratulate Russia on the anniversary of its May 9 1945 victory over Hitler’s Germany. This commemoration of the end of the “Great Patriotic War” has become the main official holiday in Russia.

Israel is the only country that has recently built a monument to the soldiers of the Red Army. The Jewish state does not forget that the Russians liberated Auschwitz in January 1945.

But the two leaders, who have known each other for a long time, did not only talk about the past in Europe. They also talked about the future in the Levant. Israel has accepted as a fait accompli the victory of Bashar al-Assad in the Syrian civil war. The Hebrew state has no problem with the Russian military presence, naval and air, in Syria. But there is no question of accepting an Iranian presence on its borders.

The theocratic regime in Tehran has not formally renounced its goal of seeing the Zionist state “wiped off the map”. Iranian educated youth do not have any hostile feelings towards Israel. Rather, they tend to admire it for the growth of its high-tech industries and the success of its recent vaccination campaign. But the pasdaran, the guardians of Khomeini’s Islamic revolution, mechanically continue to shout “Death to Israel”, because they believe that this is their last chance to unite the Sunni Muslim masses of the world behind Shiite Iran.

On the Iranian issue, there is unanimity in Israel. Whether the future prime minister is the businessman Naftali Bennett, the journalist Yaïr Lapid, the military Benny Gantz, or again Netanyahu, the policy of containing Iran will continue.
The Israeli strategy is to get Russian support to kick the Iranians out of Syria, while leaving Bashar al-Assad on his throne.

Almost every night, Israeli fighter-bombers raid Syrian territory to destroy Iranian targets. No Russian soldier has ever been killed by these bombings. This is because there is extensive military co-ordination between the Israelis and the Russian forces stationed in Syria.

Israel is not asking for a public humiliation of the Pasdaran in Syria, whose number is around a thousand. They can hold a big victory parade in Damascus. The Tsahal will not bother them, as long as they pack up and go back to Iran. Strategically, Israel seeks to cut off Hezbollah’s supply route of military equipment, which passes through Syria. The Lebanese Shiite militia, from its strongholds south of the Litani River, is no longer content to threaten the kibbutzim of Galilee or the port of Haifa. It has buried medium-range missiles, delivered by Iran, capable of reaching Tel Aviv or Jerusalem.

Even if they will not admit it publicly, this Israeli strategy suits the Americans and the French perfectly. They too have understood that Bashar is not going to be removed any time soon and that reconstruction in Syria is going to be financed by two of their allies in the Middle East, the United Arab Emirates and Saudi Arabia (which is preparing to renew diplomatic ties with Damascus). They too want the Shiite Tehran-Beirut axis to be closed, so that Hezbollah will lose its virulence and finally accept the constitution of a technocratic and reformist government in Lebanon.

Russia itself has an interest in being alone in Syria. It has its naval base in Tartous, which is the direct opening to the Mediterranean that it has dreamed of since Catherine II. It also has an air base not far from Latakia, in the heart of the Alawite country (the minority to which the Assad family belongs). These two bases allow it to calm the expansionist ardour of Erdogan’s Turkey, which has once again become a strategic rival.

On the Iranian nuclear issue, Israel – a de facto ally of Egypt and the Emirates – is more demanding than America. The latter would accept that Iran is content to be a “threshold state” without producing atomic weapons, while the former refuses the slightest Iranian enrichment of uranium. The day Israel (a nuclear power since the 1960s) feels threatened for real, it will act against Iran, without asking anyone’s permission.

The Palestinian issue is the only one where the Jewish state wanders strategically. As the incidents of 8-10 May in the Old City of Jerusalem show, the status quo is untenable. But, divided on this point, Israeli democracy keeps delaying the day of a courageous and final decision.