The Muslim peoples who reject Islamism 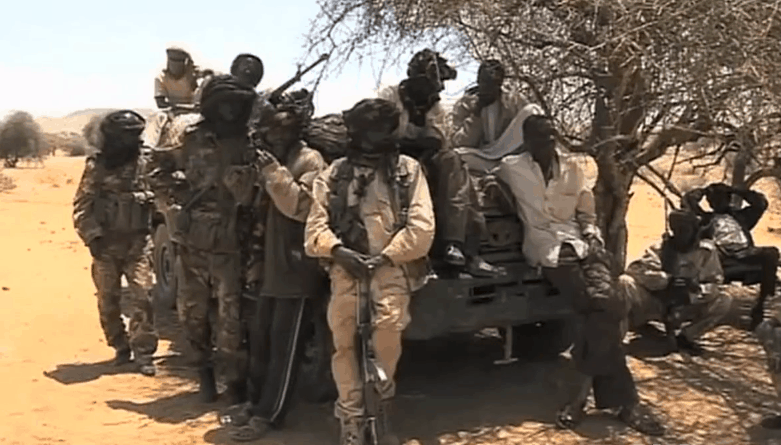 As part of the great protest movement of the Sudanese people against the military dictatorship that has been in place for thirty years, an amazing scene took place last Friday in Khartoum.

In the middle of the day, the crowd gathered in front of the headquarters of the Sudanese army wanted to engage in Friday prayer, as they should.

But the protesters feared that the army would take advantage of this moment of meditation to disperse them. So the Coptic protesters (Christians representing at most 3 per cent of the population of the capital) formed a huge chain holding hands, to draw a kind of human enclosure around the sit-in, to protect their Muslim compatriots in prayer from any military intrusion.

This movement of solidarity recalled the one where the crowd sang “We are all Darfuris! After the regime of General Omar al-Bashir accused the protesters of being manipulated by rebels in Darfur.

This semi-desert region, Muslim and black, in the west of the country, had rebelled in 2003, wanting a better distribution of resources. The Islamist regime of Bashir then launched a harsh repression.

Armed militias of Arabised nomads (janjawids) were mobilised against the black farmers, exploiting the anti-black racism and ancestral rivalries around land control. In July 2004, the UN estimated that, in a 15-month period, 3,000 people were killed and 1 million civilians had been displaced.

In March 2009, the International Criminal Court issued an international arrest warrant against President Omar al-Bashir for war crimes and crimes against humanity.

In June 1989, this paratrooper officer, responsible in the late 1980s for military operations against the Sudan People’s Liberation Army in the Christian south of the country, seized power in Khartoum in a military coup.

An ally of the great Islamist preacher Hassan al-Turabi (Osama bin Laden’s spiritual father), he imposed an Islamic legal code on the entire country, forcing the Christians of the south to secede.

When they took power, Bashir and Turabi proclaimed an Islamic revolution that would create a new Muslim man, marked by the concept of generosity. Alms to the poor (zakhat) is indeed one of the five pillars of Islam. This beautiful idea was a useful veil to hide the suppression of civil liberties. In a Muslim country, it is easy to explain to the often uneducated masses that the law of God is necessarily better than the law of men.

But rather quickly, the Sudanese realised that the moralising speeches did not really apply to their leaders, who practiced “Do what I say, not what I do! “. Corruption overcame this government that was supposed to rule in the name of God.

The brothers of Bashir knew how to get rich quick. Today the people of Khartoum demand that Bashir – who was removed from office and placed by his military colleagues under house arrest in a secret location – be tried in Sudan for his political and economic crimes.

We have seen it in other Muslim countries: such as Iran, Pakistan, Afghanistan, Algeria or Egypt. Initially, Islamists enjoy real popular support because they promise honesty in the conduct of public affairs and compassion for the poor, as prescribed by their religion. But things turn around when the people realise that they are not moral but only moralistic.

Iran’s youth has definitely turned away from the Islamic Revolution instigated by the previous generation. The mullahs and the Pasdarans appear to them to be morally corrupt, economically inefficient and diplomatically dangerous.

Like the Sudanese youth, they want Iran to become a normal country, where one can live freely, where one does not condemn to 148 lashes and ten years in prison a simple women’s rights lawyer, where a girl has the same share of inheritance as her brother, where the leaders stop financing the expansion of their ideology abroad, to the detriment of the well-being of their own people.

In June 2013 in Egypt, huge popular demonstrations sounded the death knell of a Muslim Brotherhood government that claimed to impose new customs on this very old people of the Nile.

Does this mean that faith has regressed in these Muslim countries? Quite the contrary. What we are witnessing more and more is the emergence of civil societies that now reject the instrumentalisation of Islam by their political leaders.