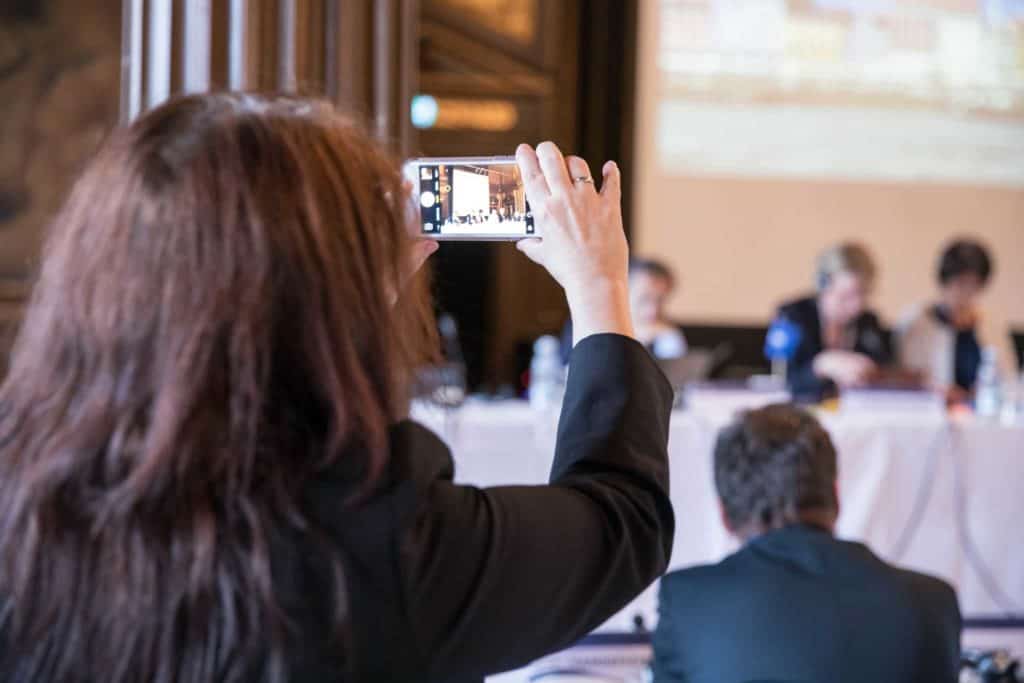 There may have been a time when the main tools of politics were letraset, paper and pens. These days it can be done with a mobile phone – and that means political organisations shift as well.

Research into new, tech-savvy political organisations forms the basis of ‘A Guide to New Political Movements’, co-authored by myself and Nick Silver. We analysed successful, recently-formed parties and found that their combination of technology and public consultation has radically changed the future of doing politics.

Those digitally wised-up have known this for a while. Using humour and punchy visuals, the viral-worthy videos of Canada’s Liberal Party and Spain’s Podemos have reached the screens of huge numbers of voters.

Meanwhile, Switzerland’s Operation Libero, a pressure group staffed by 20-somethings, employs 100 ‘online warriors’ to individually persuade other social media users to back progressive positions on the country’s many referendums.

The internet allows parties’ messages to spread further and wider than ever before. More importantly, it also allows the public to speak back. Social media has taken off, in part, because people are keen to have their voices heard beyond the ballot box. And there is less and less excuse not to hear them.

Some politicians like Macron have run into trouble by not delivering on the promise of grassroots-led policies possible with modern tech. The most successful parties listen, constantly retailoring their policies to fit the public’s mood.

Take, for instance, Five Star, partners in Italy’s coalition government, whose members communicate their views to the executive via debates and votes held on an online platform. The party’s momentum faltered in the EU elections and it is far from perfect, yet the possibility of using similar software to facilitate discussion and consensus-driven decisions is compelling in Britain’s divided society.

So far, the UK is lagging behind in party innovation. Successive Brexit dilemmas have shown our traditional parties to be defective; the same pressures have made sure they keep limping on.

Two attempts have been made to create alternatives. Change UK have made an effort. They’ve recognised that ‘politics is broken’ and even have a hashtag: #ChangePolitics. But they’ve also shown themselves to be digitally naive, such as when their former Twitter handle ‘@TheIndGroup’ was claimed by hard Brexiteers.

Of course, some things never change. Splits never inspire confidence, and neither Heidi Allen nor Anna Soubry have an ounce of the charisma that Nigel Farage commands. His Brexit Party is centred solely around him and his well-known opinions – a set-up similar to other new political parties (think of Geert Wilders’ ‘Party for Freedom’ and how ‘En Marche’ echoes the initials of its leader, Emmanuel Macron).

There are reports that Farage has long-term plans to develop his one-issue party along the lines of Five Star, using an online application to directly collect, analyse and respond to members’ views. But, as yet, Farage is simply the embodiment of the party, his fans its ‘supporters’. In the age of Instagram, image is key.

Of course, technology brings its own issues. Highest on our radar is the need to limit parties’ use of our data. Post-Cambridge Analytica, we want politicians to hear our opinions, but we don’t want them using our information to target us. Yet governments have been weak in their response to digital challenges, from trolls to echo-chambers.

It’s here where the 20-somethings from Operation Libero, to whom the digital world is second nature, could lead the way. In a political system which has often ignored those under 40, young people are best poised to decide the rules of online engagement.

When the Brexit storm finally passes, in whatever scenario, tribal loyalties may well have collapsed along with our traditional parties. Any new party must engage people, listen to them and respond. Hashtags, videos and streamed Q&A sessions are the techniques. But these tools must be working for in-depth, authentic and constructive communication.

There’s no stopping the digitisation of politics, and those who can wield smartphones will also wield power. Our analysis lays out a path just waiting for a young, digital and charismatic leader to follow.