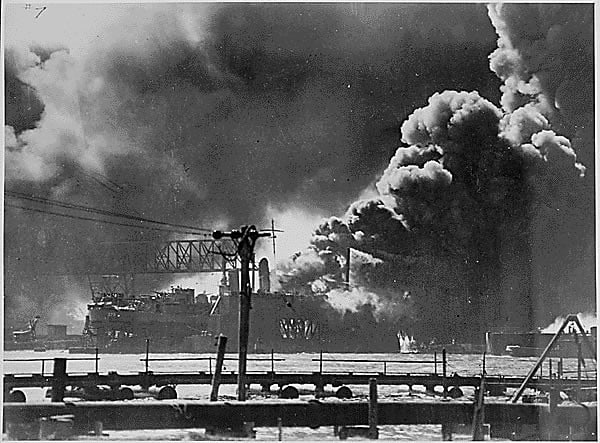 On 15 September, the leaders of Australia, the United Kingdom and the United States solemnly announced the creation of their new naval military alliance, which they named Aukus.

By promising the Australians nuclear attack submarines using highly enriched uranium, the Americans and the British broke a taboo that had previously prevailed in the small club of five permanent members of the UN Security Council: always keeping nuclear technology and fissile materials to themselves.

For our Anglo-Saxon allies, this represents a major change in strategic vision. Beyond a breach in the doctrine of non-proliferation, it signals that the second Pacific War has begun. This time, the adversary of the Anglo-Saxon Thalassocracies was not Japan and its ‘Asian sphere of co-prosperity’, but China and its desire to expel the Americans from a vast area stretching from the Bay of Bengal to Hawaii. This second Pacific war will probably not be fought with torpedoes. It will first of all be a conflict of power relations, intimidation and cyber attacks. Since Sun Tzu, the Chinese prefer to win wars without fighting.

“The Americans have absolutely no business being in Asia; they are intruders,” the Chinese vice-minister for minorities explained to me in 2009, in a gentle yet firm voice, during a dinner in Beijing devoted to Tibet. This was at a time when Sino-American relations were still excellent.

China believes that the South China Sea, which is larger than the Mediterranean, belongs entirely to it and that it has the right to rule there. Since then, the Chinese navy has doubled in size and has taken over half a dozen uninhabited islets in the South China Sea that were terrae nullius under international maritime law.

Breaking a promise Xi Jinping had made publicly to Barack Obama, China militarised these previously polderised reefs. It has built airfields there, equipped with missiles and long-range strategic bombers. It believes that this sea, which is larger than the Mediterranean, belongs entirely to it and that it is entitled to rule there.

Yet the South China Sea also touches the shores of Vietnam, Malaysia, Brunei and the Philippines. The US Navy has not militarily opposed these territorial predations, but has always continued to patrol the heart of the South China Sea, skirting the monopolised islets, to enforce the principle of freedom of navigation.

Australia will become the forward base for the great US naval game of containment of China in the Indo-Pacific. Are the Chinese as surprised as they say they are? Did they really dream of an Australian non-alignment? By showering it with money, they tried to make Australia a vassal. Stung, the Australians finally reacted. In March 2020, they even called for an international enquiry into the origin of Covid-19. This demand has left Beijing and Canberra at loggerheads. Chinese cyber attacks on Australia have grown exponentially.

Faced with a Biden Administration that has created the Aukus and strengthened the Quad (quadrilateral security dialogue between the Americans, Japanese, Indians and Australians), the Chinese may have lost a set, but certainly not the match. Their calculation is to wait patiently for the Americans to tire. Just as they got bored in Indochina in 1975, in Mesopotamia in 2011, in Afghanistan in 2021.

Instead of indulging in childish anger, France should take advantage of its brutal ousting from Australia to redesign its strategy. It should return to strict Gaullist independence, stop systematically aligning itself with US foreign policy, raise its military budget to 3 per cent of GDP, build a European defence industry devoid of all American components (so as to no longer be subject to Itar procedures), sell its arms to whomever it wants without consulting anyone, and rebuild a foreign intelligence service capable of providing information.

It must also consolidate its military co-operation with the Indians and modernise its navy, in order to secure its 11 million square kilometre exclusive economic zone, including the Pacific. But it is not in its interest to enter the second Pacific war. It does not have the means and it is too far from home. The Mediterranean remains France’s first strategic emergency.

China does not want to conquer the whole world, but only to become the overlord of Asia. Its first objective is to retake the island of Formosa. In the Commons, Theresa May asked Boris Johnson whether Britain would go to war to defend Taiwan.

She got no answer. Poor start to the race for Aukus…