The lessons of slavery for climate change 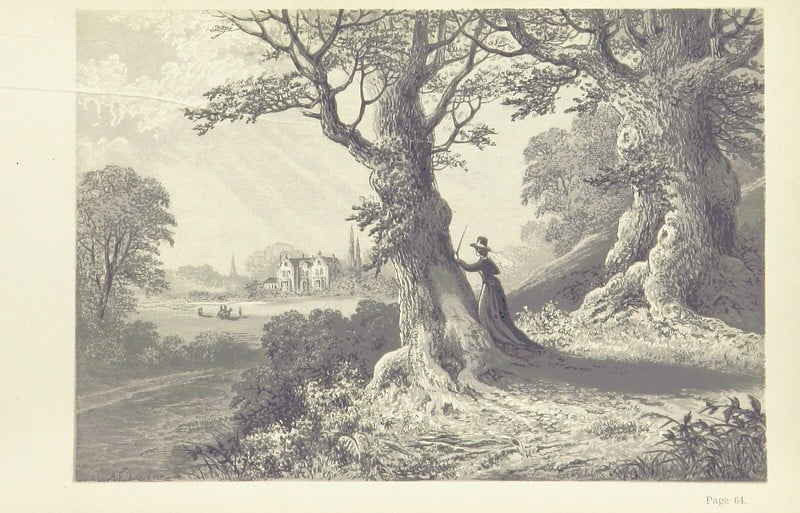 The eponymous estate of Mansfield Park; the stately home of Jane Austen’s great novel, was paid for from the proceeds of a Caribbean slave plantation.

At the time, slavery was central to Britain’s economy, there was widespread investment in the plantation, it’s product, sugar was one of the main luxuries available to ordinary people, along with tobacco, another product of slavery. The raw material of the cotton mills, which started the industrial revolution and Britain’s pre-eminence in the World, was produced by slaves.

In his book Culture and Imperialism, the cultural critic Edward Said argued that Mansfield Park was part of the cultural apparatus of colonialism which othered non-Europeans and allowed for the acceptance of such institutions as slavery.

In reality, Jane Austen was pro-abolition, the book was named after Lord Mansfield, a famous judge who made a landmark ruling against slavery. Yet the slavers, the Bertrams, are not portrayed as bad people.

In the settlement to abolish slavery in 1833, the British government borrowed a huge amount of money – 5 per cent of GDP at the time – to pay off the slave owners, who included hundreds of families who had interest in slaving, including most of Britain’s prominent families. The borrowing was not fully paid back till 2015.

Fast forwarding to the present, within the investment industry, there is concern about ‘stranded assets’; that is the reserves of fossil fuel companies that will have to be left in the ground as we transition to a low or zero carbon economy. This will cause a huge loss in the value of financial assets, many investors are already reducing their holdings of fossil fuel companies for purely financial reasons.

But the truth is more prosaic, these are large companies, employing lots of people who are taxpayers and voters, the companies are owned by pension funds who rely on their returns to pay people’s pension, governments don’t want to tell them that they have no future. And the people working within these companies can quite rightly claim they are just doing their (legal) jobs. If what they’re doing is wrong it’s up to governments to make this call, not them.

The result is that, globally, public sector subsidies for fossil fuel exceeds total investment in renewable energy, and these companies are investing massively in future capacity, when we need to wind down these industries.

The lesson from the slave trade is that the owners and workers have to be bought out and compensated, and these enterprises have to be shut down. A lot of people will be very unhappy about this, but a lot more people will be more unhappy when we have dangerous climate change, so they’ll just have to get over it. Once they’re shut down we can set up truth and reconciliation commissions to help them.

How would this work? Governments would have to issue debt (which they can currently do at zero interest) and then use proceeds to buy up the shares of fossil fuel companies, possibly setting up a fund to oversee them.

The fund will appoint set a mandate to the companies to wind down the enterprises within a time frame – say 10 years. That way, the financial loss should be minimised as the companies will have time to transfer as much capital as possible out of fossil fuel. Staff will be entitled to re-training.

This in itself will not be sufficient to mitigate climate change; other industries will have to stop using fossil fuels. But this would send as strong a signal as you could possibly want to those companies that they should switch, for example of the automobile industry could rapidly ramp up production in electric cars – something they are doing anyway, but they would need to accelerate.

Shipping and airlines would have to rapidly find new fuel sources; shipping already could switch to ammonia, but this would require huge investment and co-ordination, which are currently lacking.

You could imagine that there are some countries that would potentially be willing to entertain my proposal (like Europe, Japan, maybe even China) and others that never will (Russia or Saudi Arabia). However, starting this process should catalyse industries to switch which would reduce demand for fossil fuel globally, making their reliance on fossil fuels Russia and Saudi Arabia’s problem as opposed to the planet’s.

The alternative to buying-out and closing down fossil fuel companies in a managed way is for the companies to eventually collapse, causing a potential financial crisis (as central banks are warning), but happening too late to avoid catastrophic climate change.