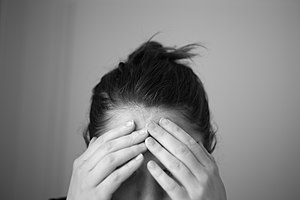 The Conservative Party is in a tizz. What will that do to its electoral prospects?

The party has, over many decades, been a highly effective election-winning machine. One of the most successful European political parties ever. Why?

The Tories have never lost sight of the fact that winning elections is its essential focus. A losing party cannot implement any of its ideas. As a result, the party has developed a chameleon-like capability to change its face and its electoral programme in tune with the prevailing mood and values. It has broadly maintained an ideological belief in a market economy and rewarding individual effort, but how that becomes expressed changes significantly over time to fit the prevailing circumstances and mood.

In this, it is helped by its internal processes. Unlike its opponents, grass-roots democratic processes are not as deeply embedded in the party. This allows the leadership to read the mood and adapt accordingly. It is not hostage to the ideological beliefs of a membership that, quite obviously, and as in all parties, does not reflect the views of the broader electorate.

The question now is whether all of this is under threat.

When parties go through difficult times (they all do), in-fighting always rears its ugly head. It’s not working. We have to change. And we are the ones in the party who know exactly what that change must look like. These are the sorts of things that emerge in times of difficulty.

The issue is often that the loudest voices are the most ideological rather than the more pragmatic.

This is what we are seeing in today’s Tory party. What has been described, rightly or wrongly, as the ‘Right’ of the party now form a large group that harks back romantically to the Thatcher era as representing a golden age. Of course, the world has changed since the 1980s. Today, people’s expectations of the social contract – post the Great Financial Crash, the disastrous austerity policies of the Cameron government, Brexit, a devastating pandemic, and a slow retreat from globalisation – are different from what they were then. There is almost nothing that today’s world has in common with those past decades.

Yet the vocal ‘free market’, low tax, small government ideologues seem to carry on as though nothing has changed (and seem to blank out of memory the periods of rising public spending under Thatcher). In some ways they can be seen as the mirror image of Labour’s Corbynistas – stuck in a romanticised version of the past and fighting yesterday’s battles with yesteryear’s tools – while more extreme than the original.

Convinced, as were the Corbynistas, that their ideological stance is so powerful and so reflective of the views of the British people that they will sweep all before them.

We know how that worked out for the Corbynistas. Will it work out just as successfully for the neo-Thatcherites? None of this is made any easier to combat since Boris Johnson purged the party of its experienced, liberal (rather than libertarian) wing to force through his preferred version of Brexit. To a large extent, he has made his own bed.

We shall have to wait and see how it all pans out. It is possible that buccaneering libertarian instincts and a desire for either total dissociation or constant conflict with our European neighbours are reflective of the desires of the British public and will, indeed, sweep all before them. Personally, I wouldn’t bet on it. And what evidence there is seems to support that view (see figure)

For the party, the question of the moment is whether it is going through a phase that risks the loss of the pragmatism, ideological flexibility and ability to read the mood that made it such a powerful election-winning machine. Whether a takeover by born again Thatcheristas is the key to success or simply represents a bright blue version of Corbynism and will have similar electoral consequences.

It may be worth bearing in mind these words that appeared in the Telegraph in 2012:

“A brilliant mind, in the grip of strong ideological prejudice, can depart completely from common sense.”

They were written by one Boris Johnson.