The drift into mobocracy – in lounge suits 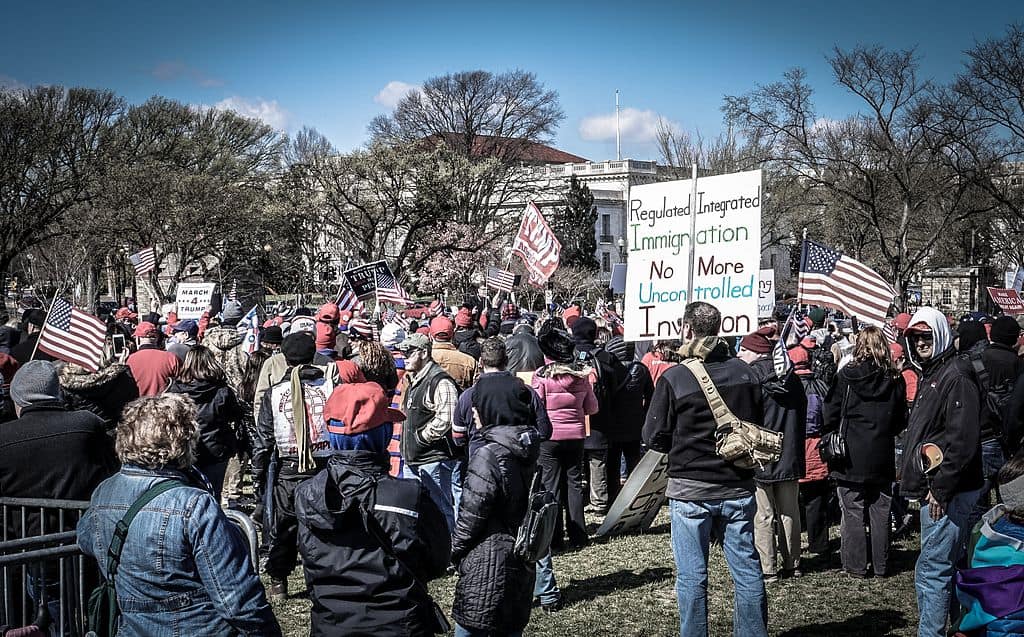 Mobocracy was discussed by Greek thinkers as long ago as the second century BC. It depicts takeover or coercion of legitimate authorities by ‘the mob’. Its impact is not always violent or readily detectable.

Mobocracy, in overt form, is common these days in certain parts of the world but its presence in supposedly democratic societies is also becoming noticeable. Plentiful mass media have given ‘the mob’ an easy path to power. It is sensible, therefore, to pose the fear that democracy is under threat.

Much has been written about the 2003 invasion of Iraq by the United States and its allies. Decision-making leading to, during, and after the invasion illustrates mobocracy to perfection. Individuals with diverse agendas managed to usurp normal state structures and procedures in both the USA and Britain.

In the process, they frustrated whatever merit there might have been in the project and turned it into a costly failure for both invaders and the invaded. That episode underlines a key point: the ‘mob’ could be at times a collection of well-dressed men and women, graduates of prestigious universities, and holders of some of the highest positions in the land.

Weighty documents were drafted, debated, and co-ordinated by the US State and Defense departments. Then the mob took over. They were powerful individuals, with diverse aims, enjoying positions of influence that put them beyond normal democratic scrutiny. Invading force was haphazardly reduced from 500,000 to 160,000; enough to succeed in battle but not sufficient to ensure law and order thereafter.

American governors came and went but not before they imposed disastrous actions, obscurely initiated in Washington by these same individuals. Throughout, there were two processes in the USA and in the UK: formal state machinery and a more powerful ad-hoc cabal in effective control working unseen in the background. The rest is history.

The Iraq invasion was not unique. Foreign policy decisions by powerful states are notoriously framed within the above dichotomy. So called endless wars provide a perfect illustration. It is not always clear how they start and why they continue for so long.

In this instance, it is not easy to disengage influence of the Military Industrial Complex; with its own powerful individuals, from decisions taken by democratically elected policymakers. This challenge to democracy, not to mention world peace, was highlighted by US president Eisenhower in his farewell speech as far back as 1961!

Activities by the more traditional form of ‘mob’ are easier to detect. Rioters, agitated by a US president who had lost the election, invaded the Capitol in Washington on 6 Jan 2021. That mob were inside the citadel trying to impose their will on the nation’s elected representatives. They called for the death of those they did not approve of, including the Vice President.

Members of government and their officials were held captive for several hours before police forces managed to restore order. There are fears that mobs are still lurking in the background ready to go into action given a suitable cause and a ruthless leader.

Activities by traditional mobs, as in the above example, are easy to identify and deal with reasonably successfully. There are other less evident groups that exert wide-spread influence over governments and people at both local and international levels.

The Military Industrial Complex is one example but there are others. The Bilderberg Group provides another equally striking instance. Established in 1954, it brings together annually about 150 powerful individuals from the public and private sectors. Nothing is known about how membership is decided, and agendas and deliberations are also kept secret. However, enough is known to suggest the group wields widespread but unseen influence over the public and private sectors.

Other groups operate in full view. Some are ‘foreign’ and seek to impose their will by violent means which makes them seem more important and threatening to elected governments. These more visible variants of the ‘mob’ include al-Qaeda, Hezbollah, ISIS, DAISH, and many others. Their influence on democracy is evident and, in that sense and as said above, they are perhaps easier to recognise and deal with than discrete mobs.

Populism is now a common feature in the USA and Europe that is gaining ground elsewhere in the world. It has links to mobocracy in its obsessive focus on being against ‘the established order’. It is of course healthy to question current beliefs and seek to weed out negative features and strife to make improvements.

Yet populists seem to take the matter to an extreme. Essentially, they build their popularity, and hence their claim on power, on a premise that denigrates almost all norms. Moreover, they strive to bypass what they see as the inconvenience of the cumbersome democratic system. They favour instead a direct approach to the masses that avoids the irksome checks and balances associated with democracy.

Political parties with agendas representing variations on that theme are in full view. These include the National Rally in France, the League Party in Italy, Forum for Democracy in Netherlands, and Freedom Party in Austria. They are gaining ground and becoming highly significant in the assemblies of these countries. Their agendas are carefully chosen to address morbid fears about and threats from ‘others’. Strong stand against immigration and globalisation, preference for Euroscepticism, and distrust of elitism and intellectualism are, therefore, common features that separate them from the rest.

men in suits, rabble with guns, populists taking shortcuts to democracy, had to lead to influencers who strip down ideas and problems to what would attract large number of supporters. Having acquired a recognisable name influencers started by selling their support to businesses.

Predictably they moved on more recently to offering their names to those seeking public office. Democracy, it seems, has now been simplified to numbers of ‘likes’ on the internet.

Hopefully not, but the omens are not good. At the time of writing the wider Middle East, the leading weapons consumer, is virtually on fire. Global warming has joined forces it seems with all manner of armed conflicts. The same could be said of large parts of Asia and Africa. Turmoil produces immigrants; ultimately seeking to settle in the USA and Europe.

This is a mixed blessing. These locations need and welcome highly qualified people such as doctors and nurses but equally they do not offer an open welcome to all immigrants. Influx of newcomers, in some cases as blowback from wars, created strains that are now emerging as disturbing social and political movements.

The Identitarian Movement is a case in point. Generation Identity (GI) is now one of Europe’s most active right-wing political movements. It began in France but soon spread to the rest of Western Europe and later to Eastern Europe. The movement is now in evidence in the USA, Australia, and New Zealand.

In all locations, it is clearly founded on race. It highlights as its main platform the so-called ‘great replacement’ of the European race through general immigration and ‘Islamisation’. Consequently, ‘remigration’; repatriation of non-Europeans to their countries of origin is one of its main aims.

It is not too difficult to see a link to populism and social media influencers: focus on a matter of social concern and one that attracts intense media interest and then transform that into a path to political office. White supremacist language is slowly emerging as an acceptable form of expression in the broader political arena. A development that was thought buried with Nazi Germany and South African apartheid.

It is not too late for humanity to turn away from a path that is at variance with all the positive steps taken over centuries towards equality and tolerance. But time for that is running out.