The dangerous deterioration of the Ukrainian conflict 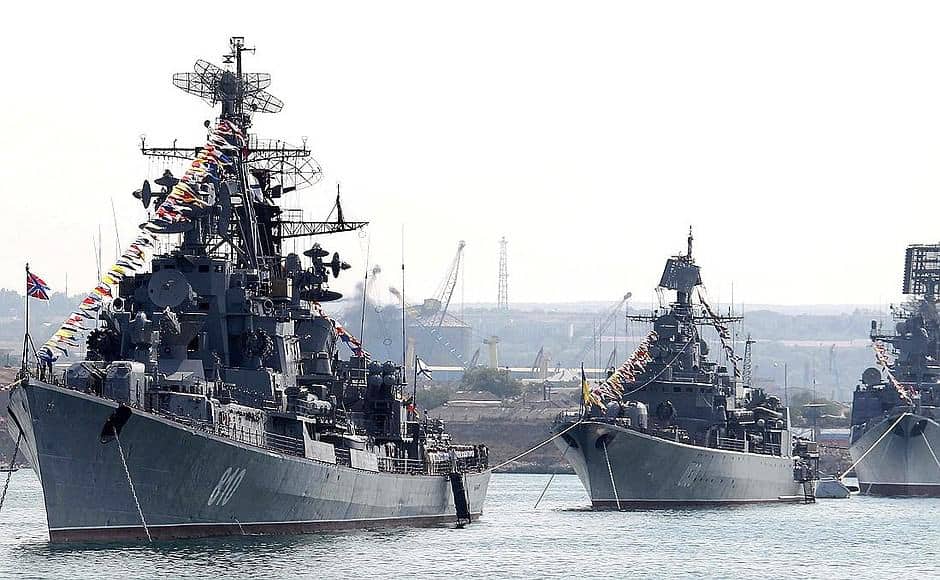 On Sunday, November 25, a conflict that was thought to be frozen suddenly came to life. A tug and two small patrol boats from the Ukrainian navy had left the port of Odessa on the Black Sea to reach Mariupol on the Sea of ​​Azov.

They were intercepted by Russian coastguards off the Kerch Strait and escorted to port on the eastern end of Crimea (the Ukrainian peninsula annexed by Russia in March 2014 after an overwhelmingly favourable popular referendum, but not recognized by the UN).

Kiev and Moscow accuse each other of violation of the law of the sea. The Ukrainian navy claims that it had duly warned the Russian authorities of the movement of this flotilla. The Russian navy accuses the Ukrainian ships of violating Russian territorial waters by sailing too close to the peninsula. But Ukraine does not consider Crimea as Russian territory …

This Russian-Ukrainian tussle at sea began in March 2018, when a Crimean trawler fishing in the Black Sea was apprehended by the Ukrainian navy. Soon after, the Russians imposed an inspection regime on all ships entering the Azov Sea, citing the need to protect the security of the new Kerch Strait bridge, a 19-km structure that Vladimir Putin inaugurated on May 15. Before the construction of this bridge, the Crimea had no direct land link with the Russian Motherland …

The incident is not a very serious one. There were no deaths, no sinkings. But it could very well have degenerated. It reminds us that it is dangerous to let the Ukrainian conflict fester.

The annexation of Crimea in March 2014 did not result in any casualties. But the two wars in the Donbass (summer 2014 and beginning of winter 2015), between the Ukrainian army and the Russophile rebels of the districts of Lugansk and Donetsk (supported by a clandestine intervention of the Russian forces) led to a total of ten thousand dead.

This conflict between orthodox Slavic brothers, with intermingled families, is as absurd as if a war between the Britons and the Normans were to begin today.

Sponsored by France and Germany, the Minsk Agreement (February 2015) was intended to bring peace to the Donbass. But the Ukrainian authorities are as reluctant to implement the agreement as are the Russian authorities. The deal was simple: amnesty and autonomy granted to the rebels in exchange for the recovery of international borders by the Ukrainian army.

In Moscow, as in Kiev, the authorities seem to have been sucked into a nationalist spiral. Ukrainians dream of massive US military aid that would allow their army to recapture Donbass in a blitz, as Croatia did on August 4 1995 – recovering Krajina by scattering its Serbian population.

Russians are obsessed with NATO’s propensity to expand further east. They want to block it once and for all. An amputated Ukrainian territory is not intended to enter NATO, they believe.

Historically, in their strategic doctrine, the Russians have always seen Ukraine as a buffer against invaders from the West (Poles, Swedes, French, Germans). They reproach Westerners for not respecting a promise made (orally) by George H Bush to Mikhail Gorbachev at the Conference on Security and Cooperation in Europe (CSCE) of 20 November 1990 in Paris, not to extend NATO to the Warsaw Pact countries after Moscow agreed to withdraw its troops. On the other hand, the Ukrainians of the Maidan movement aspire to see their country joining NATO and the EU.

The existence of such a level of frustration on both sides is explosive. The Donbass conflict is an abscess that infects all international relations. Heavily sanctioned by the West, Russia refuses to co-operate in other global crises. She forges an unnatural alliance with China.

Wars often begin with territorial quarrels, which will appear much later as insignificant to the ex-belligerents. A new CSCE must therefore be convened as a matter of urgency, in order to address all the hot issues: NATO extension; cyberwarfare; respect for borders; military maneouvres.

Everyone knows the outline of a possible deal: Washington renounces NATO extension, and Moscow renounces its old doctrine of the “sphere of influence”. The only unknown is the date of the deal and the number of victims it will take to achieve it.