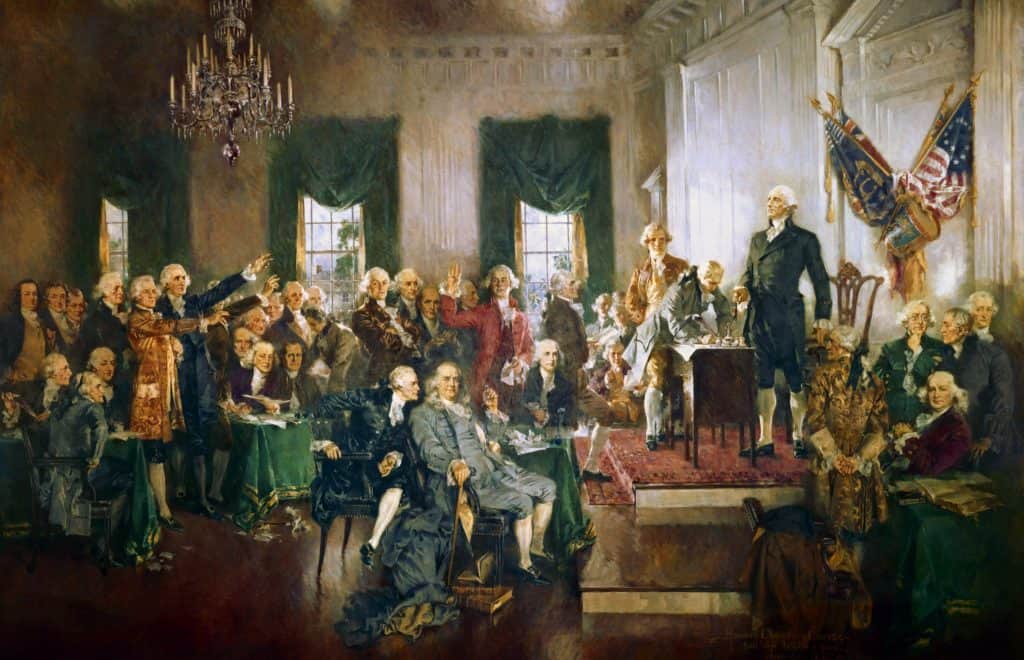 Through the summer and autumn of 2019 there was much talk of both political and constitutional crises wracking the body politic of dear old Blighty.

Constitutional experts complained loudly that their subject had suddenly become “interesting” and asked desperately if they could just go back to being boring, please?

Since the general election has been called, all this constitutional kerfuffle has subsided – apparently. But lurking in the undergrowth are yet more potential eruptions, whatever the outcome of the polls on December 12.

Hidden away in the small print of both the Conservative and Labour manifestos – and largely unremarked – is a commitment to repeal the Fixed Term Parliaments Act (FTPA).

Why should anyone, in the immortal words of Dominc Raab, give a toss?

Because the FTPA (2011) was a fundamental shift in the constitutional settlement between parliament and the executive, then reversing it would be too. It took a significant power away from the executive – the Prime Minister – and invested it instead in Parliament – or rather the House of Commons. It was a dramatic constitutional shift.

Labour’s manifesto states it “will repeal the fixed-term parliaments act, which has stifled democracy and propped up weak governments.”

The Conservatives say almost the same in theirs: “We will get rid of the fixed term parliaments act – it has led to paralysis at a time the country needed decisive action.”

What neither says is what they will replace it with? FTPA took away from Prime Ministers the right to call an election whenever she or he felt the urge to do so.

There were two procedures under FTPA by which an election could be triggered before a five-year Parliament had run its course.

One required two-thirds of all MPs – whether present or not – to back a resolution calling for an early general election.

The second provided for a vote of no confidence in the existing government, which could passed by a simple majority of those present and voting.

But this would not immediately trigger an election – a 14 day “cooling off” was allowed in which a revamped or even a new government might be formed. Although the Act remained silent on how this could happen.

Remember, FTPA was introduced by the Conservative-Liberal Democrat coalition government.

The first, two-thirds, clause was clearly designed to stop the Tory prime minister doing a “cut and run” election whenever it suited them.

The second simple majority no-confidence clause was clearly aimed at providing an opportunity for a coalition that had fallen out to rejig their deal during the 14-day pause.

In 2017, Theresa May (remember her?) showed the fundamental weakness of the “two-thirds” clause – what opposition is not going to vote for an election when offered the chance? Everyone thought this meant FTPA was effectively dead and buried.

Until the autumn of 2019 that is. Because when Boris Johnson decided he wanted his “Brexit or bust” general election, the opposition parties initially said – actually, you know what, no. At least not until we know a “no deal” Brexit is off the immediate agenda.

As a result, it seems that now both the current Prime Minister and his Labour opponent have now decided they want the power to call elections safely back in the hands of whoever is in 10 Downing Street.

If FTPA was a grinding, slow, shift in the tectonic plates of the constitution that took eight years to really become apparent, the row over prorogation of parliament was more like a major earthquake resulting from a build-up of immense pressures.

The UK Supreme Court predates the FTPA – it was established in 2009 at the end of the New Labour government. In the UK tradition, the highest legal authority was Parliament – as the Supreme Court’s website puts it:

“Until 1399, both Houses of Parliament heard petitions for the judgments of lower courts to be reversed. After this date, the House of Commons stopped considering such cases, leaving the House of Lords as the highest court of appeal….. In 1876, the Appellate Jurisdiction Act was passed to regulate how appeals were heard.  It also appointed Lords of Appeal in Ordinary: highly qualified professional judges working full time on the judicial business of the House. These Law Lords were able to vote on legislation as full members of the House of Lords, but in practice rarely did so.”

This was part of the conventional view of the supremacy of Parliament over the courts. Creating a separate, and independent, Supreme Court raised the possibility of it starting to operate as a constitutional court.

It is the biggest example of what two prominent constitutional historians recently called the collapse of the “good chaps” theory of government. This was the idea that many constitutional aspects of UK government relied on uncodified conventions that no government would ever break.

The prorogation – the Supreme Court ruled – broke the conventions around when a Prime Minister could, and should, prorogue Parliament. The Supreme Court was now a constitutional court, if its powers are still not as extensive as, say, the USA’s Supreme Court.

So two big constitutional changes have emerged both of which remove powers from the Prime Minister – the FTPA taking away the power to arbitrarily call an election; the Supreme Court taking away her or his power to capriciously prorogue Parliament.

The reaction of the two big parties on FTPA clearly indicates they would both like to reverse the first of these changes. But Labour have gone much further.

In a little noticed section of their Manifesto Labour are proposing a much more fundamental look at the UK’s constitutional arrangements.

Their manifesto says the “renewal of our parliament will be subject to recommendations made by a UK-wide constitutional convention, led by a citizens’ assembly.”

They also go on to propose a whole series of possible changes, including votes at 16, and for all UK residents – currently EU and other foreign nationals living here cannot vote in general elections.

The Tories are also proposing a fundamental review.

Their 2019 manifesto says: “After Brexit, we also need to look at the broader aspects of our constitution: the relationship between the Government, Parliament and the courts; the functioning of the Royal Prerogative; the role of the House of Lords; and access to justice for ordinary people.”

Their manifesto goes on to promise that:

“In our first year we will set up a Constitution, Democracy & Rights Commission that will examine these issues in depth, and come up with proposals to restore trust in our institutions and in how our democracy operates.”

So what does this all mean? Well, for the Tories, we have no idea because their proposal is not explained. For Labour, we have a slightly better idea, but only slightly.

What is worrying is that the idea for a constitutional convention first appeared in Labour’s 2017 manifesto – just months after such device had been used by the Maduro regime in Venezuela to close the opposition dominated National Assembly.

It is not clear from Labour’s 2017 and 2019 manifestos what it really intends. But unlike normal constitutional conventions, it has made no attempt to engage with other parties and civil society actors.

Labour also talk about a citizens’ assembly. This is a very different institution to a constitutional convention.

It is usually a group of a few hundred ordinary citizens, selected rather like a jury. They meet to consider options for solving an issue. An example would be the citizens’ assembly established in Ireland in 2016 to consider a number of contentious issues like abortion and the constitution.

Labour offer no explanation of how these two bodies would work individually or together.

What is clear is that both major parties are contemplating fundamental reappraisals of our constitutional settlements. Neither is providing any real detail of how they will do it or what they want future constitutional arrangements to look like. Nor are they engaging in the sort of dialogue with other actors.

Constitutions are fundamental to democracy, to the powers of governments and protections of citizens. They should not be left to opaque footnotes in elections manifestos? Nor should they be dealt with in such a partisan manner.

Rebalancing the UK constitution between Parliament, the executive and the courts is long overdue. The FTPA and the Supreme Court prorogation judgement were both steps in the right direction.

Now it looks like both establishment parties are set on reversing these changes and possibly going even further. It is time that liberals and democrats woke up to the threat and came forward with our own radical counter-proposals for a more democratic settlement.