The consolidation of Iran’s theocracy 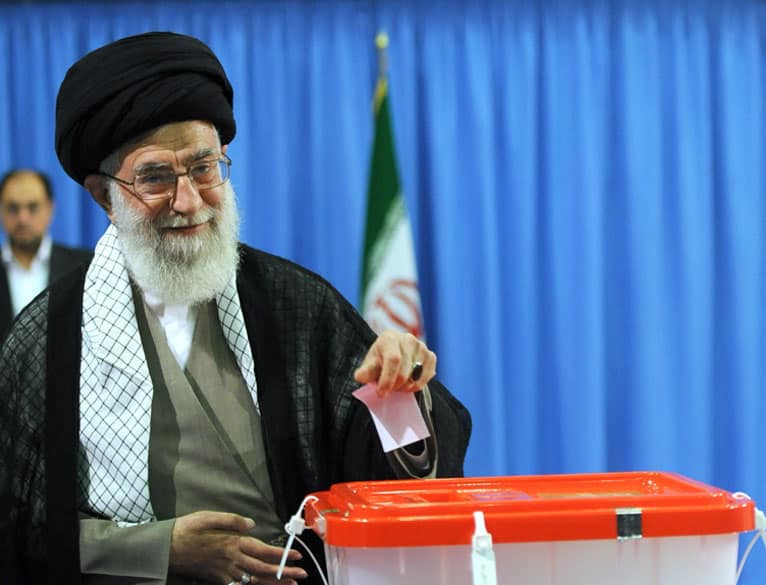 Having succeeded – with the involuntary help of America – in extending its influence over four capitals of the Arab world (Baghdad, Damascus, Beirut, Sana’a), the theocratic regime that has governed Shiite Persia for more than thirty years wished to consolidate itself.

This is the meaning of the presidential elections it organised on Friday 18 June. It was the least democratic election in the history of the Islamic Republic of Iran. The Council of Guardians, an unelected institution that screens candidates, did not accept any female candidates. The outgoing reformist vice-president, Eshaq Djahanguiri, was not allowed to run either. Neither was the favourite of the election, the centrist Ali Laridjani, former president of the Parliament, allowed to face the universal suffrage.

Under these conditions, it is not surprising that voter turnout fell by 23 per cent (from 71 to 48 per cent) compared to the 2017 elections, when the reformist president Rohani had put his mandate on the line. In the end, 30 per cent of registered voters turned out to elect the ultra-conservative Ebrahim Raissi as president. The latter, who was the unsuccessful candidate in 2017, increased his score by only two million votes (out of 59 million registered voters), even though he was practically alone at the starting line.

Raissi will not only go down in Middle Eastern history as a poorly elected Iranian president. Until now head of the judiciary, he has been known for his fierce crackdown on peaceful demonstrators in the great protest movement of November 2019. In 1988, this former student of religion had already made a name for himself as a member of the “Death Commission” that massacred thousands of political prisoners in the Evin and Gohardasht prisons in Tehran.

But it does not matter that the future Iranian president lacks democratic legitimacy. In the Iranian theocratic system, he has other characteristics. He is a seyyed, a descendant of the Prophet Mohammed, which allows him to wear a black turban on his head. After having been Ali Khamenei’s student of religion, he followed him throughout his professional life. Today, he enjoys the full confidence of the real boss of the Islamic Republic, the Supreme Leader Ali Khamenei.

In Iran, the president does not make any strategic decisions. War or peace, foreign policy, nuclear power, are the reserved domains of the Supreme Leader. They are discussed in the Supreme Defence Council, that he chairs.
The important thing is that Seyyed Raissi is already in orbit to replace the Supreme Leader the day the 82-year-old ayatollah passes away.

The educated Iranian youth of Tehran, who speak English, surf the internet, and feed on Western culture, will not be happy with such a vote. Their disenchantment with politics is profound; they live in a parallel world, culturally alien to the world of political power. Of all the capitals of the Arab-Muslim world, Tehran is the one where the mosques are the least full on Fridays. Under the Shah, they used to fill up in protest. Today, compromised in all sorts of trafficking, the mullahs are hated by the population, which boycotts their mosques. But politically, the youth do not count, because the system does not give them a voice.

Does this mean that the strengthening of the Velayat-e faqih (the government of the religious scholar) in Iran will lead to the end of the indirect nuclear negotiations in Vienna with the Americans? Let’s bet it won’t. For in order to safeguard the theocratic regime, the Leader and his pupil Raissi have understood that the economic situation must improve. But this depends on Iran’s ability to export its hydrocarbons and therefore on the end of American sanctions. On 21 June, President-elect Raissi publicly reaffirmed his support for the negotiations. His advantage is that he does not risk being criticised by the conservatives.

For its part, the Biden administration wants to return to the Iran denuclearisation agreement, signed by John Kerry in Vienna on 14 July 2015, but denounced two years later by Trump, and which was based on a simple deal: no atomic bomb for Iran in exchange for the end of sanctions restricting its commercial capabilities. The 46th president of the United States no longer perceives Iran as a dangerous military threat.

The proof is that he has ordered all his anti-aircraft batteries deployed in the Middle East to be brought back to America – presumably for redeployment around the East and South China Seas. For Biden, the containment of the authoritarian regimes in Iran, Turkey and Russia, takes second place to the control of the totalitarian regime in China.