The commercial office: not dead yet! 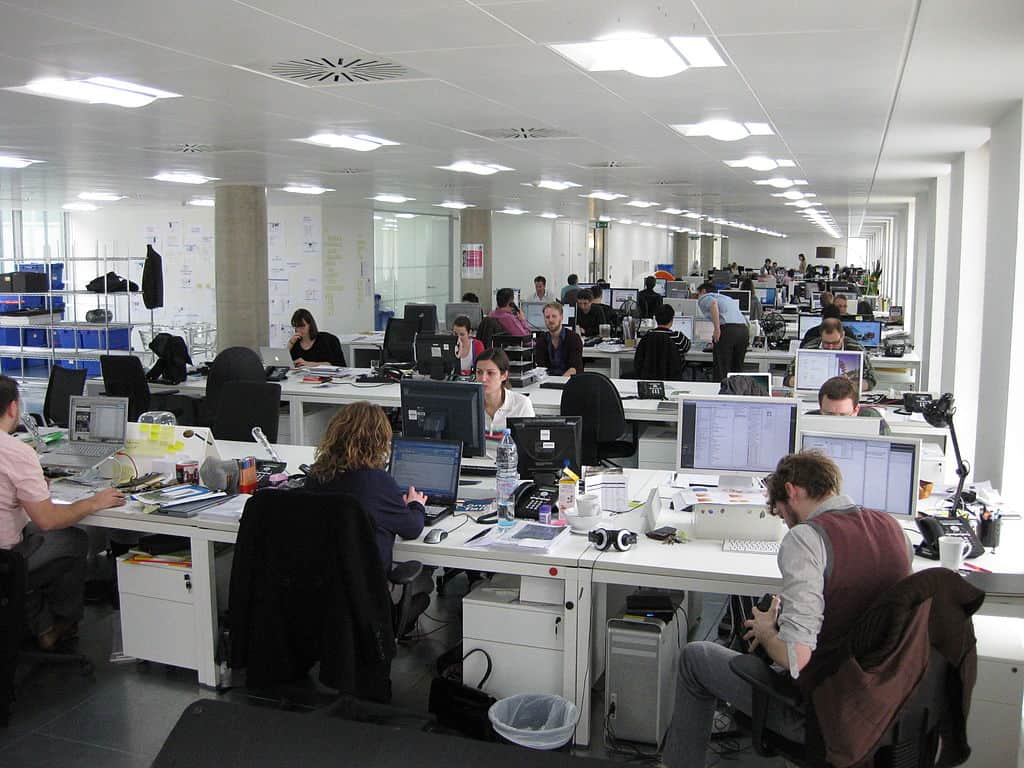 In recent weeks, many commentators have been declaring the end of the commercial office as a place of work, as businesses have been falling over themselves to give employees the option to operate from home.

BP, Google, and NatWest, amongst many others, say that the pandemic has shone a light on the benefits of home working and they now want to offer their staff this option on a long-term basis. This reaction is both short-sighted and knee jerk in my view.

The evolution from commute to computer has been remarkable, with the number of employees working remotely going from 5 per cent to 47 per cent during this period. With virtually no notice, employers and nearly half of the UK’s workforce transformed the way they worked.

Overnight in March, we suddenly saw bedrooms converted into offices and kitchen islands become virtual conference tables. In the USA AT&T, one of the world’s largest internet providers, found its traffic increased by 25 per cent on normal levels. Few infrastructure systems could cope with such an instant surge in customer demand, but the internet did not buckle and this new style of working became possible.

So with major employers wanting to appear empathetic to stressed employees it is hardly surprising that, despite being encouraged to return to work by Government, we find trains still empty, traffic less jammed and the centres of many of our towns and cities eerily quiet. Polls from firms like Deloitte tell us that 60 per cent of people would like to work in an office for three days or fewer post pandemic.

All of this is totally predictable, however; those forecasting that it will also mean the death of the commercial office are premature. Whilst we are seeing some changes in attitude towards home working, the move towards a more flexible work pattern has been merely accelerated by the pandemic, it is an evolution not a revolution.

The growth in population in the capital alone meant that everyone was looking at the workplace as an evolving entity long before covid-19 entered the meat markets of Wuhan. It was simply not sustainable in ether economic or environmental terms to move millions of people in an out of a crowded city in the way we were doing. What lock-down did was to make change happen faster.

Now we will see offices not abandoned, but re-purposed to meet the desire for larger floor plates to accommodate social distancing. Workers may well face in one direction rather than face each other, and there may be less open plan and more cubicle design in the short term. Blended working patterns will no doubt become the norm, with a mixture of home and office locations.

Home working does not suit all and if we examine this in more detail, we find that young people in house shares are having to live and work in cramped conditions which is making them less, not more, productive.

A survey carried out by researchers at the London School of Economics found that two in five people (37 per cent) living in shared accommodation were both living and working in their bedroom during lockdown. 46 per cent said they did not have a suitable place to work, 44 per cent were affected by noise and 43 per cent by a lack of privacy while trying to exist in a single space.

The office is not just a place to work, it is an environment in which to socialise, commune, network and think in an undistracted and focused manner. Also, psychologically working from home means you never actually leave work. You live with work 24/7. Is that really healthy?

The office may be changing and this is a good thing, but it is far from dead.