The cold, hard realism of the Chinese 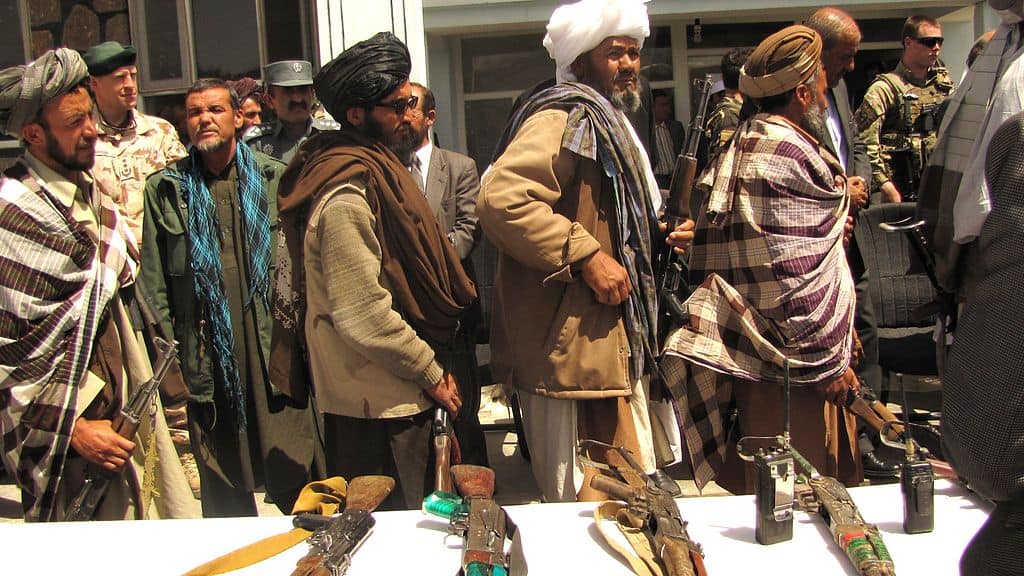 Of all the surprising encounters… On July 28, 2021, in Tianjin (a city located 50 km south-east of Beijing, towards the Yellow Sea), Wang Yi, Chinese Minister of Foreign Affairs, solemnly received, with official photo taken, Mullah Abdul Ghani Baradar, number 2 in the Afghan Taliban.

In the general conduct of its diplomacy, China combats interference in the internal affairs of other countries and does not like officially receiving rebels. But there can be exceptions. In this case, China and Afghanistan share a border of 76 kilometers, and that the Taliban are making spectacular progress in the territorial reconquest of their country, both of which perhaps justify a small departure from the rule.

Wang and Baradar may be neighbours, but they have all the difference between them of Yin and Yang. One cannot imagine more contradictory figures: on the one hand, the communist minister in a government which is hunting down in Xinjiang the bearded Uighurs who are too Islamic; on the other, a turbanned mullah who does not hide his intention to re-establish the reign of Sharia law in Afghanistan as quickly as possible.

But since they have more interest in co-operating than in waging war – they need each other, and both are aware of it – the Chinese Communist and the Afghan mullah have decided to work things out. .

China fears that the Afghan Pamir, a region in the shape of a finger stretched out towards the east, which touches its province of Xinjiang, could serve as a sanctuary for the Islamist Uighurs, from where they would launch terrorist attacks against it. This large province of the western Chinese plateaus is now half populated by Uighurs (Turkish-speaking Muslims), against another half by Hans (the majority ethnic group in China).

But in the mountainous districts close to Afghanistan, this proportion is 90 per cent in favour of the Uighurs. No one can seriously claim to detach Xinjiang from China, but the Uighur separatists of the Turkestan Islamic Party are capable of creating a guerrilla war that is boring for Beijing. They are several thousand fighters, seasoned by their stays in Syria, alongside the anti-Assad rebels.

Before leaving Afghanistan militarily, America made the Taliban promise never again to give refuge to internationalist Islamist groups that could attack American interests. China would like to obtain the same commitment with regard to the pro-independence Uighurs.

To convince the Taliban, China knows that it can count on the goodwill of their Pakistani sponsors. It is in Pakistan that the “Quetta Shura” still meets, which remains the supreme organ of Taliban decision-making. The Chinese and Pakistanis have been strategic allies (against India) for nearly sixty years. Without Chinese aid, Pakistan would never have succeeded in building its atomic bomb in the years 1980-1990.

In return for their “responsible” behaviour, the Taliban can get China to continue mining investments in Afghanistan. The Taliban know that the day they take Kabul they will need new money, if only to import medicine and agricultural commodities.

In recent years, the European Union has consistently been the leading provider of humanitarian aid to Afghanistan. But his American ally did not see fit to involve him even a little in the diplomatic negotiations he held with the Taliban, nor in his discussions with the major regional powers concerned such as India and China. Pakistan. Through its Commission and its Council, the EU is making more declarations calling for peace, harmony and human rights. It is not certain that the Shura of Quetta shares these priorities…

In the long term, China would like to make Afghanistan a partner in its Silk Roads. All that remains is to complete the beautiful road network left behind by the American army. The Chinese leaders have perfectly grasped the “cemetery of empires” (British, Russian, American, etc.) side of Afghanistan. They don’t want to fire a single cartridge at it; they want to convert the Taliban to the virtues of commerce; they are ready to sponsor an Islamist neighbour, as long as he renounces all ideological exports.

China’s hidden ambition is to become the main influencing power in Afghanistan, without fighting there and without meddling in its administration.

Between the American military versatility, the good feelings of the European Union and the cold realism of the Chinese, we know in advance who will win the new Great Game in Afghanistan.